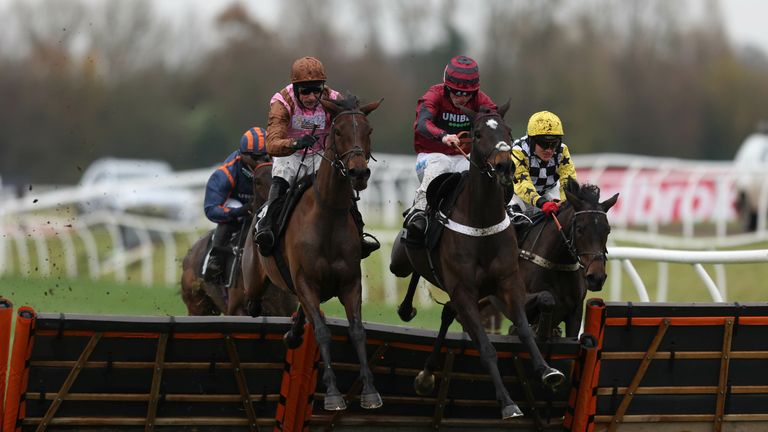 Éclair Surf and Discorama have both died from injuries sustained in Saturday’s Grand National, while earlier on the card Elle Est Belle passed away after suffering from a suspected heart attack.

Aintree’s 40-runner showpiece was a typically dramatic race, with Noble Yeats coming home first of the 15 who completed the four-and-a-quarter-mile trip, while five fell or were brought down.

Emma Lavelle’s Éclair Surf fell at the third fence, suffering a “traumatic head injury” that required lengthy on-track treatment before the horse was transferred to Liverpool University for further assessment.

Lavelle tragically confirmed on Sunday morning: “We are very sad to report that, having sustained a traumatic head injury in yesterday’s Grand National, Eclair Surf lost his fight this morning.

“He was looked after at the racecourse by a team of first-class vets before being transferred to Liverpool university, who treated him all night, however very sadly it was not to be.

“He was an incredibly special horse, loved by everyone and he will be missed terribly.”

On Saturday evening, trainer Paul Nolan confirmed Discorama had suffered a fatal injury shortly before completing the first circuit. He was quickly pulled up and dismounted by rider Bryan Cooper.

Nolan tweeted: “We are heartbroken to have lost Discorama today at Aintree. Bryan pulled him up due to injury. Our condolences to his owners Andrew Gemmell & Tom Friel.”

Earlier in the day, Dan Skelton’s Elle Est Belle died after suffering a suspected heart attack during the Mersey Novices’ Hurdle, while on Friday Solwara One passed away during the Alder Hey & Aintree Handicap Hurdle.

“It is crucial steps are taken to reduce these tragedies. We urge the BHA to explore if this death could’ve been avoided and to identify action to prevent future injuries and deaths.”