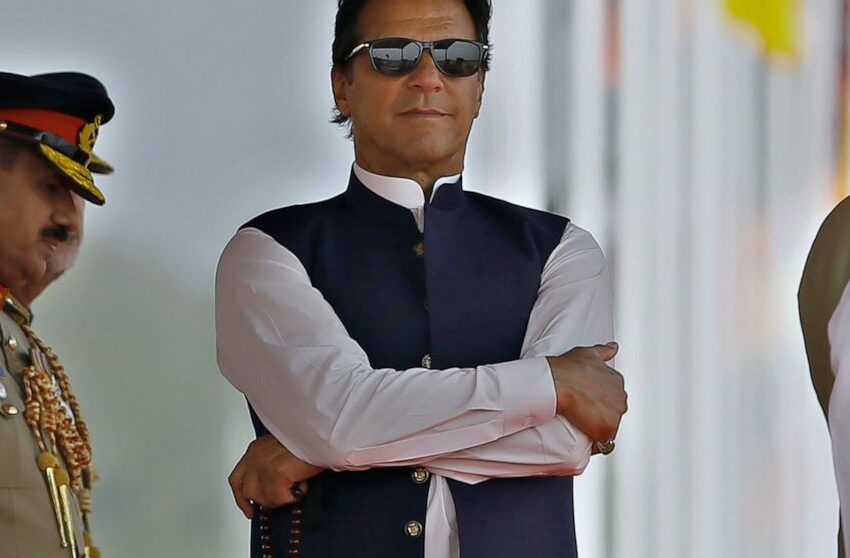 Defiant Pakistani PM calls for street rallies in his support 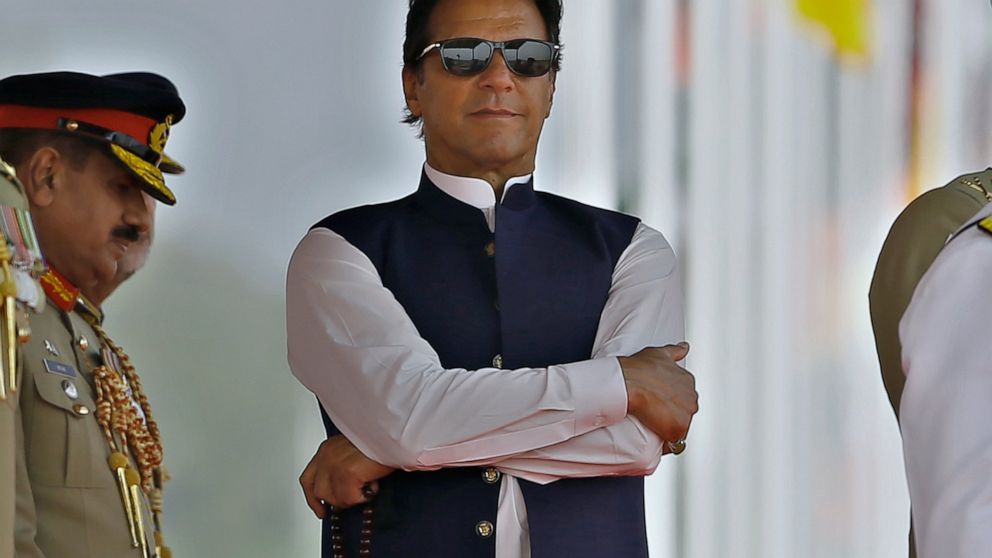 ISLAMABAD — A defiant Pakistani Prime Minister Imran Khan said on Friday that he is in a fight to protect the country’s sovereignty and called his supporters to the streets to defy opponents determined to unseat him.

Khan delivered an impassioned televised address to the nation on the eve of a no-confidence vote in parliament, a day after Pakistan’s Supreme Court blocked his bid to stay in power, ruling that his move to dissolve Parliament and call early elections was illegal.

Thursday’s court decision set the stage for a no-confidence vote, with opposition lawmakers saying they have the 172 votes in the 342-seat assembly needed to unseat Khan, after several of his ruling party members and a small, but key, coalition partner defected.

In his speech, Khan urged Pakistanis — particular the country’s young who have been the backbone of his support since the former cricket star turned conservative Islamist politician came to power in 2018 — to rally countrywide on Sunday night.

“All of you will have to come out on Sunday after evening prayer to protest, to peacefully protest … I again say that should never indulge in violence,” he said. ”It should be a peaceful protest.”

He vowed not to accept the results of the no-confidence vote on Saturday — an indication he was aware he will likely lose the vote.

Pakistan’s latest political crisis erupted last Sunday, when Khan sidestepped the opposition’s initial no-confidence petition — a motion that had been weeks in the making — and instead accused his opponents of colluding with the United States to remove him.

Qasim Suri, Khan’s ally and deputy parliament speaker, dismissed the no-confidence vote on the grounds of collusion while his Information Minister Fawad Chaudhry described the opposition as being “disloyal to the state,” and accused them of colluding with a foreign power.

Khan dissolved Parliament and called early elections but the opposition went to the Supreme Court with its case.

After four days of deliberations, hearing arguments from both the opposition and Khan’s lawyers, the five-member bench unanimously ordered Parliament reinstated and the no-confidence vote to be held on Saturday.

For his part, Khan said he had wanted the Supreme Court to investigate communications between a senior U.S. diplomat, whom he did not name, and Pakistani diplomats — communications he claimed were proof of collusion.

Khan claimed America wanted him gone because of his foreign policy choices in favor of Russia and China, and a visit he made on Feb. 24 to Moscow, where he held talks with Russian President Vladimir Putin as Russian tanks rolled into Ukraine. He has also said the U.S. dislikes his strident criticism of Washington’s war on terror.

The U.S. State Department has denied any involvement in Pakistan’s internal politics. Deputy State Department spokeswoman Jalina Porter told reporters on Friday that there was “absolutely no truth to these allegations.”

“Of course, we continue to follow these developments and support Pakistan’s constitutional process but again, these allegations are absolutely not true,” she said.

Khan’s political opposition runs the gambit of the political spectrum, from the left to the radically religious parties. The largest among the opposition parties — the Pakistan People’s Party and the Pakistan Muslim League — have been tainted by allegations of widespread corruption.

The Pakistan Muslim League leader and former Prime Minister Nawaz Sharif was convicted of corruption after being named in the so-called Panama Papers — a collection of leaked secret financial documents showing how some of the world’s richest hide their money and involving a global law firm based in Panama. He was disqualified by Pakistan’s Supreme Court from holding office.

If the opposition wins the no-confidence vote, it is up to Parliament to choose a new head of government — which could be Sharif’s brother, Shahbaz Sharif. If the lawmakers are unsuccessful, early elections would be called.

“I will not accept an imposed government,” Khan said Friday.

Khan’s options are limited and should he see a big turnout in his support, he may try to keep the momentum of street protests as a way to pressure Parliament. But with his supporters being mostly the young, who make up the majority in Pakistan, he also risks an outbreak of violence.

“Khan tapped into a potent vein of anti-American sentiment in Pakistan that is unlikely to dissipate any time soon,” Elizabeth Threlkeld, Pakistan expert at the U.S.-based The Stimson Center, told The Associated Press.

Pakistan’s military, which has consistently stepped in during many past turmoil engulfing a democratically elected government, has remained quiet in the latest crisis. The army has seized power and ruled for more than half of Pakistan’s 75-year history.

Associated Press writers Munir Ahmed in Islamabad and Matthew Lee in Washington contributed to this report.