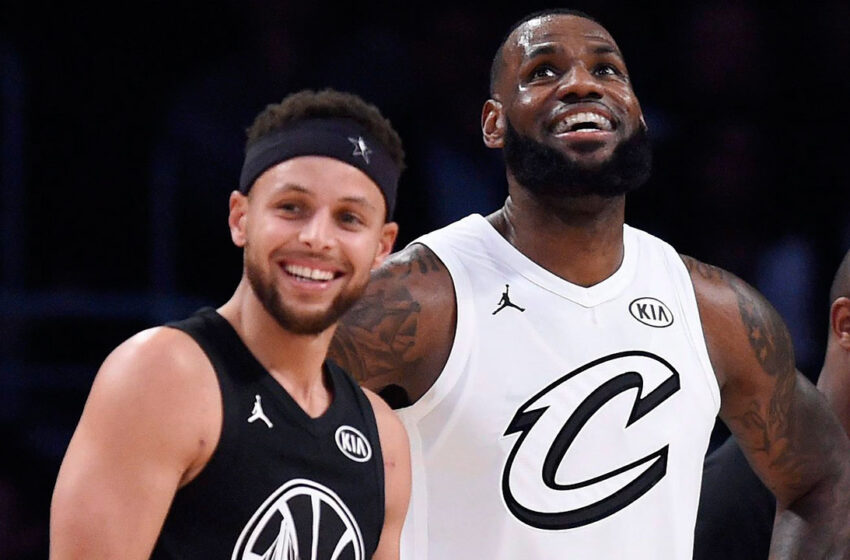 Curry brushes off any rumours to play alongside LeBron James

When LeBron James made a comment about who he would want to play alongside in today’s game, he didn’t hesitate before answering with Steph Curry.

The sharpshooting guard for the Golden State Warriors however didn’t feel the same about the Los Angeles Lakers star, calling the idea a “fantasy world”.

“Well, he got his wish. He’s the captain, he’s picked me the last two All-Star Games,” Curry said. “I don’t know if that suffices, but I’m good right now.”

“Whenever you get the interest or curiosity of what it would be like to play with arguably an MVP kinda caliber dude, like he is the greatest of all time, cool – like, it’s amazing,” Curry added. “Y’all can live in that fantasy world, though.”

Curry made light of the situation, nodding to the fact that him and James have played alongside each other when the choice is up to LeBron.

James has indeed picked Curry to star alongside him twice in NBA All-Star activities, including this past year where Curry received game MVP honours for his standout performance tallying 50 points in the game.

With a first round playoff exit for the Lakers in 2021 and missing the playoffs in 2022, James could look to join the Warriors after 2023 while Curry locked in to the Warriors until 2026.

However, LeBron has also expressed interest in staying in the league until he can play alongside his son, Bronny, who will be eligible for the draft as early as 2024.