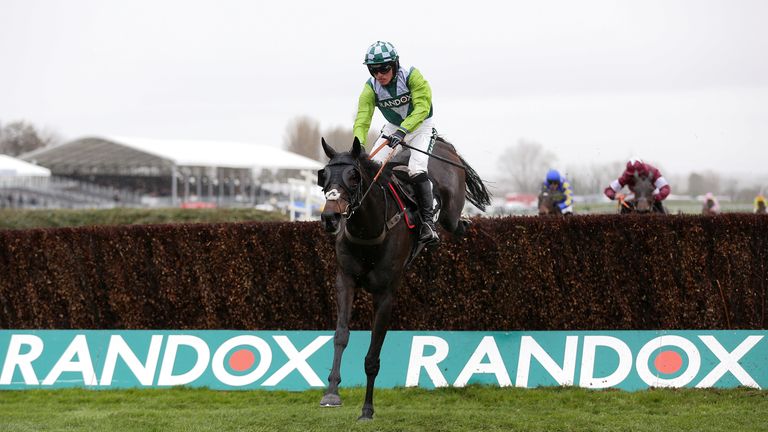 Clan Des Obeaux clung on grimly to claim a second victory in the Betway Bowl Chase at Aintree and give Paul Nicholls an important winner.

Second in the race to Kemboy in 2019 and successful 12 months ago, the 10-year-old has also won the King George at Kempton twice.

He was on something of a retrieval mission here, however, as having finished second in the King George at Christmas he was disappointing in the Denman Chase at Newbury.

But in another example of why Nicholls has been a multiple champion he reached for first-time blinkers and Clan Des Obeaux looked back to his best.

With Nicky Henderson, and even Willie Mullins and Dan Skelton holding out hope of catching Nicholls in the race to be champion trainer, the £140,000 added to his tally here could make all the difference.

With Kemboy’s jumping not holding up to the test on this occasion he was a spent force as Harry Cobden came alongside at the third-last.

Davy Russell was still trying to creep into contention on Conflated, but Clan Des Obeaux (13/2) went six lengths clear – only to get very tired in the final 50 yards.

Conflated closed to within a length, but the line came just too soon for him. Protektorat, third in the Gold Cup, travelled well for a long way but his Cheltenham exertions took their toll and he faded tamely in the straight.

Nicholls said: “You’ve to just keep changing things with the older horses, he didn’t run quite as well as we thought he was going to do at Newbury but he was trained for today, not for Newbury and he’s improved from then.

“We just tried to do something different with him, it’s just sharpened him up so much. He was getting a bit idle, he’s pricked his ears before the line there. When they get a bit older, he’s 10, they know the routine, they get a bit lazy.

“I wasn’t too despondent at Newbury, Harry was a little bit, but he always comes good in the spring. I’m delighted, things haven’t gone as well as I’d have liked and I’ve been pulling my hair out since Christmas to be honest with you. To get him back looking like that is a team effort.

“He’ll definitely go to Punchestown now, that was always the plan. He’s had some hard battles over the years, particularly at Punchestown, and you just wonder if they’re going to show that form again. He loved it round there, he had a great ride, jumped brilliant – it was perfect.”

He added of the nervy finish: “He was always going to hang on, he pricked his ears a little bit. Harry will be chuffed with that and that was a big boost for us. It’s a help, winners like that, but there’s still plenty to go and there’s Sandown still.