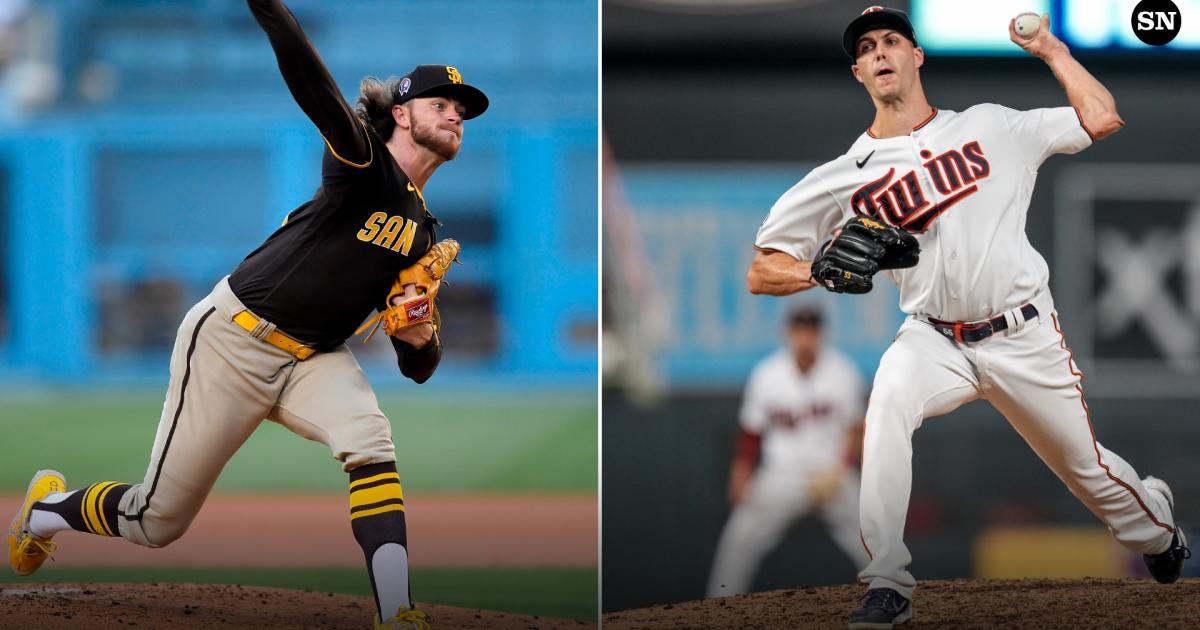 It’s never too late to make some roster improvements before Opening Day.

The Twins and Padres have made an Opening Day trade, with San Diego sending right-hander Chris Paddack to Minnesota with reliever Emilio Pagan in exchange for southpaw Taylor Rogers and outfielder Brent Rooker.

This move addresses areas of need for both teams and gives Paddack a chance to ensure he has a spot in a starting rotation to begin the year. And for San Diego, it adds an All-Star arm at the back end of the bullpen who could claim the vacant closer’s role.

Which team came out with the better end of the deal? The Sporting News breaks down the trade of the two arms.

Minnesota has been wheeling and dealing this offseason to improve its rotation, and on Opening Day, it has finally added its coup de grâce. Last year, the Twins’ starting pitchers posted a collective 5.18 ERA, the sixth-highest in baseball. But they acquired Sonny Gray from the Reds, and signed free agents Dylan Bundy and Chris Archer.

But FIP is often more indicative of one’s control, which has never been an issue for Paddack. His walk rate was one of the lowest in baseball last year at just 4.8 percent. The issue has been that his fastball, despite checking into the 75th percentile of velocity per Baseball Savant, gets blistered by opposing batters. Baseball Savant reported a .531 slugging percentage on his fastball and a 90.2 exit velocity off the pitch. The issue is that it lacks movement, as it checks in with a 2,210 RPM spin rate, which is in the 42nd percentile.

Paddack has also been a bit too reliant on his fastball as Baseball Savant says he throws the pitch 61.5 percent of the time, which would have been higher than any qualifying starting pitcher last season. His changeup and curveball have been effective, however, checking in at a .399 and .163 slugging percentage, respectively. If the Twins can get him to mix in his offspeed pitches more often and improve the life on his fastball, perhaps he can find some of that success he had found earlier in his career.

If he’s looking for a more hitter-friendly ballpark in Minnesota, he’ll only be partially in luck. Target Field (90) has a slightly better park factor for home runs than Petco Park (93), but the difference is minuscule in a range that goes from 75 to 130.

For a team giving up only a 31-year-old reliever and an unproven slugger, it’s a worthy risk to take to try and improve the team. Paddack is under contract for three more seasons, while Rogers is a free agent after the 2022 season.

This deal could not have worked out much better for the Padres. Paddack was not going to make the rotation out of camp and Pagan was likely not going to be counted on to play a huge role on the team. Instead of a flex starter and struggling reliever, San Diego added an ace reliever and some outfield depth.

Rogers is coming off his lone season as an All-Star, but the upside with him has been apparent for a while. He has struck out batters at a clip above 30 percent in two of his past three seasons while walking batters less than 5 percent of the time in each of those seasons. Home runs have never been a problem, as his HR/9 has been 1.0 in each of the past two years.

The Padres’ bullpen posted a 3.62 ERA last season, the fifth-best in the majors, but after losing Mark Melancon, there was a vacancy at closer with veterans Pierce Johnson (3.22 ERA in 2021) and Craig Stammen (3.06 ERA) likely to split duties. San Diego also had only two left-handed relievers in its bullpen in Tim Hill and Drew Pomeranz. Adding Rogers not only gives San Diego a potential All-Star closer at the back end, but also another left-handed weapon it could turn to late in games.

The Padres are also adding some outfield depth by having Rooker included in the deal. The 27-year-old slugger has appeared in just 65 games to this point in his big league career and has slashed .212/.299/.413 with 10 home runs, a 6.4 percent walk rate and 32.1 percent strikeout rate in the majors.

The Padres watched Tommy Pham leave via free agency, leaving a potential vacancy for a right-handed slugger to serve as a platoon bat. Rooker could fit in left field, where the position is likely to be filled by some mix of switch-hitting Jurickson Profar and the left-handed Matt Beaty.

San Diego is fully in win-now mode, and picking up Rogers takes the bullpen up a notch. Considering there wasn’t going to be much use for Paddack and Pagan in 2022 on this team, it’s a worthwhile move to flip future value for present value.