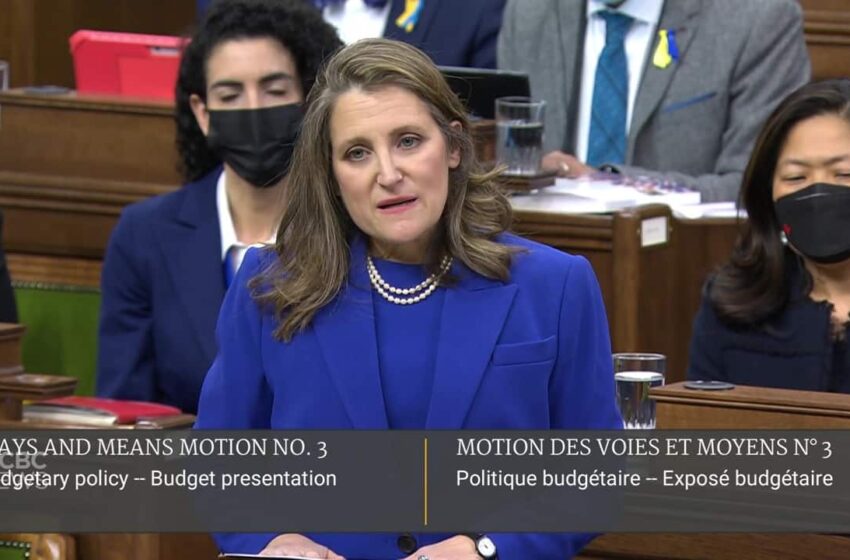 Prime Minister Justin Trudeau announced on Saturday that Canada would provide an additional $100 million in aid to help ease the ongoing refugee and humanitarian crisis sparked by the Russian invasion of Ukraine.

“This is a moment where the world needs to come together, to stand up for Ukraine and to stand up for our values and principles,” Trudeau said as part of his closing remarks, delivered remotely to a global pledge rally from Ottawa.

The rally, co-hosted by Trudeau and European Commission President Ursula von der Leyen, culminated Saturday in commitments of $12.4 billion from countries to help with the crisis. The funds promised by Canada will be channelled through humanitarian agencies.

The humanitarian funding comes on top of new promises unveiled in the federal budget this week, which included $500 million in military aid, as well as an offer of an additional $1 billion in loans to Ukraine.

Sean Fraser, Canada’s immigration minister, said earlier this week that more than 12,000 Ukrainians have arrived in Canada since the beginning of the year. Earlier in the week, Canada had received more than 112,000 applications for an expedited program to come to Canada, and 30,000 of those applications had been approved, he said Saturday.

Almost 4.5 million refugees have left Ukraine since the start of the conflict on Feb. 24, according to the United Nations.

The policy moves come as Canadian officials are turning up the temperature on their rhetoric when it comes to Russia, prompted by revelations and mounting evidence of alleged war crimes perpetrated by Russia in Ukraine. Those accusations have this week centred on the town of Bucha, near the capital Kyiv, where witnesses have seen evidence of murdered and tortured civilians.

Trudeau referred to the conflict on Saturday as “Vladimir Putin’s evil war” and denounced attacks against civilians — and particularly sexual violence against women — as an attempt “to crush the Ukrainian spirit, the Ukrainian identity.” Foreign Affairs Minister Mélanie Joly said earlier in the week that what happened in Bucha was “clearly war crimes.”

“The world’s democracies — including our own — can be safe only once the Russian tyrant and his armies are entirely vanquished,” she said.

In an interview on CBC’s The House, which aired Saturday, Freeland, who has close personal and familial ties with Ukraine, said she delivered that speech in her official capacity.

Freeland said Ukraine is on the front line of that fight and needs Canada’s support.

“They are fighting this fight. They are dying in this fight, but we can help them.”

Canada’s Finance Minister Chrystia Freeland tabled the budget in the House of Commons on April 7. It includes $8 billion in additional military spending including $500 million in aid for Ukraine. 3:48

Russia has denied that its military forces were responsible for the deaths in Bucha, claiming the images were fabricated.

Speaking to CBC’s Power & Politics earlier this week, Canada’s ambassador to the United Nations, Bob Rae, said Russia should not be believed.

“I think it’s just preposterous for the Russians to claim it’s all fake. It’s not fake. There is more of it to come.”