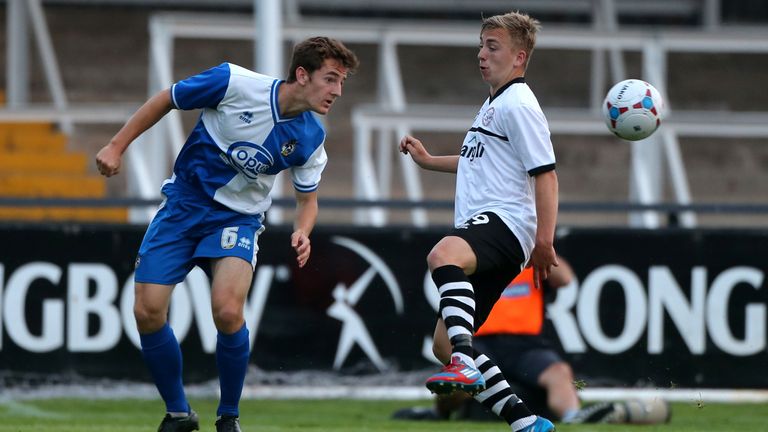 Bowen’s rise from Hereford to Europe

Jarrod Bowen made his Hull debut at 19 but he was no academy boy. His rise to the Premier League, the brink of an England cap and now a European quarter-final, began in non-league with Hereford United prior to their expulsion from the old Football Conference.

As Hereford’s captain Luke Graham recalls, this was a dramatic story, a season that had everything as the Bulls avoided relegation by winning their last two games even with the club in crisis. Little did they know they had a future Premier League star in their midst.

“It was a massive experience for Jarrod,” Graham tells Sky Sports. “Watching a group of men fighting for their lives, coming together despite not being paid, he has seen all that. He has seen aspects of football that other young lads have not been exposed to.”

Bowen was a boyhood fan. His father cut the grass at Edgar Street. But this was, as Graham points out, “a dark time” as two relegations in four seasons had seen Hereford drop out of the Football League. The resulting financial crisis would ultimately see the club collapse.

But before all that, there was the joy of Bowen making his debut, his goal against Alfreton that helped save the club from the drop, and a celebratory night out to remember. “Jarrod will have many memories now but I guarantee he won’t ever forget that.”

It was a desperate time. Players were going unpaid and while Bowen was only 17, others had families to look after and mortgages to pay. As captain, much of the responsibility fell on Graham to ensure lives were not being ruined. “It was very tough mentally,” he says.

“I would go in on a Monday to get the gate receipts, making sure everyone had what they needed to survive. The challenge was to make sure we kept training. I was player-coach and captain. My job was to make people feel ten feet tall when they felt one foot tall.”

There was a bucket collection before the Alfreton game. “Fans put money in because our wages were still not being paid.” But the club’s predicament had presented an opportunity for the young players – and Hereford had some real talent among that group.

Their run in the FA Youth Cup had seen Bowen and the rest beat an MK Dons team that included Dele Alli before drawing the might of Manchester City. Peter Beadle was their coach and when manager Martin Foyle departed, he took over the senior side.

“He had full confidence in the young players.” And Bowen soon impressed in training. “I remember one session early on where he got in between me and the full-back to squeeze in a header. He isn’t the biggest. I thought, ‘Cor, that’s impressive.’ He was not scared.” 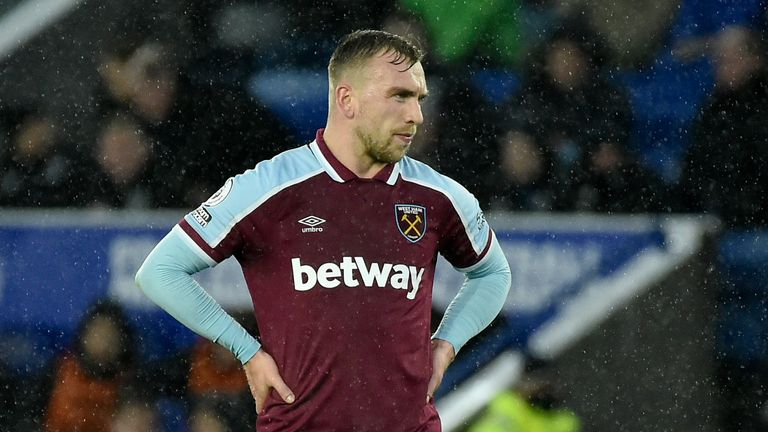 This was a young player determined to seize his chance. “His attitude was so good, that stood out. He was a humble local lad, no arrogance. He was almost naïve, a young lad who was happy to be there. He seamlessly stepped up in those first few training sessions.

“But the biggest thing about that whole group was how humble they were. Jarrod was willing to do anything. If you said we were going up a 50 foot hill to do sprints, he was the sort of lad who would do it without questioning it. He would just get on with it.

“I remember his debut against Barnet. He fitted straight in and had no worries about playing the forward pass because he had no fear. On the ball, he had some bright touches. Off the ball, he worked hard with his movement. You just knew straight away with him.

“You do see young players come in at the top level but it is very hard to bring in young lads in non-league because of the physicality. Not many clubs at that level hand out debuts to 17-year-old boys. That is down to the rough and tumble but he could handle that.”

FREE TO WATCH: Highlights from West Ham’s win against Everton in the Premier League

Bowen’s first goal turned out to be the winner as Alfreton were beaten 3-2 in the final home game of the season but the odds were still stacked against Hereford. They needed to win away at Aldershot and hope that Chester would slip up against Salisbury.

“I remember saying to the boys before the game, ‘Look, nobody is going to celebrate if we go down but just bring your gear because I think we are going to do this.’ I made out like I had it all planned out but, of course, I did not know how it would go.”

With five minutes left, it looked bleak. Chester were beating Salisbury, while Hereford were being held at Aldershot. But Salisbury found an equaliser and – in the 88th minute – Michael Rankine scored Hereford’s winner, keeping them up on goal difference.

“It was almost like we had won the league,” says Graham. “It was just the sheer emotion that we had done the unthinkable. When you don’t know when the next pay cheque is coming, it is not easy in terms of the mindset. That was a great achievement.”

Knowing that “the drinks were going to be on the Hereford fans” once they made it back home, the night out that Graham had envisaged was all set. But despite the rousing talk beforehand, not everyone in the team had shared his pre-match optimism.

“A couple of the boys had not brought their gear. So a group of us, myself included, went to Tesco and bought the outfits there. They were stripping in the aisles, tracksuits off. People thought we were nicking stuff but we paid for it all. We went out in Tesco gear.”

Bowen, still under-age, of course, was “looked after” on the night out but very much part of it. “He played his role that season and had a positive impact on the group. It was a cracking night out too and for him, as a local lad, that last day will stay with him forever.”

The players remain proud of what they achieved, self-esteem intact. But Hereford could not be saved. The club was wound-up in the high court that December. Bowen had already begun his adventure with Hull, carrying the goodwill of his old team-mates with him.

“There are a lot of haters in football, people out there who are a bit bitter. Everyone wants to make it so they take the goodness out of people doing well. But I don’t think you will find anyone who would begrudge how well Jarrod is doing. He deserves every success.

“Stories like his are few and far between. Jarrod has had experiences other players would never have had. He is a great inspiration to lads in the lower leagues. It was a dark period for the club but a massive growing-up period for him and it put that fire in his belly.

“The talent was there right from the start, of course. He always had the touch and the movement but he could have had a bad injury, a manager who did not want to push him. But when you have the work ethic and the attitude, you always have half a chance.

“Look at him now. He was an out-and-out winger at the time, cutting inside and drifting in, but he can play anywhere these days. He can play off the shoulder, he can come inside, he can link up, go past a player. He could be a false nine. He can pretty much do it all.

“Everyone just wants him to get that England cap now.”