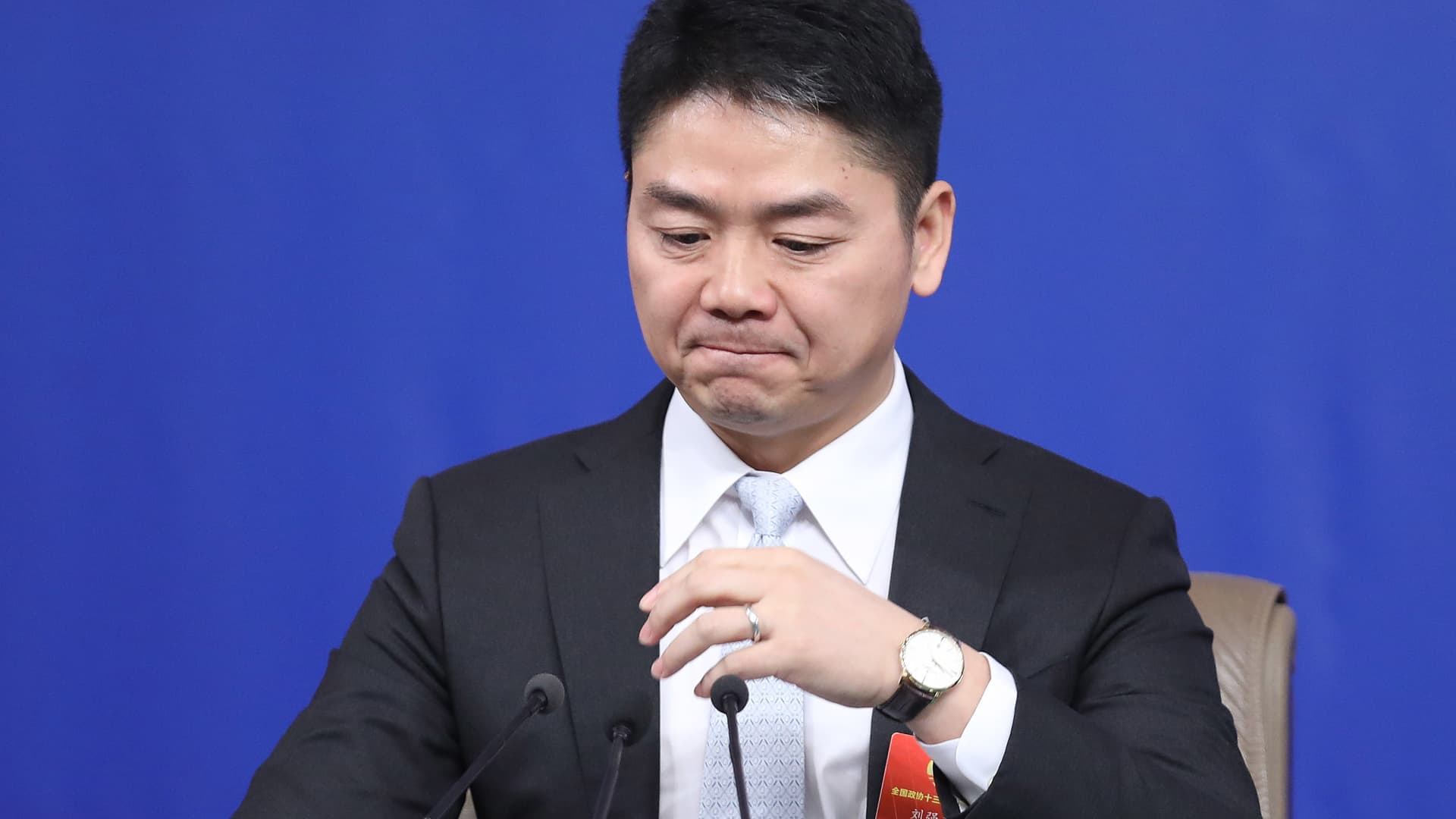 Richard Liu, the founder of Chinese e-commerce giant JD.com, will step down from his role as CEO. His departure comes after a number of high-profile technology founders exited their leadership positions amid Beijing’s regulatory crackdown on its domestic tech sector.

JD.com’s billionaire founder Richard Liu has stepped down as chief executive of the Chinese e-commerce giant, joining a slew of high-profile tech bosses who have relinquished their roles at the companies they started.

That comes as Beijing continues to tighten regulation on its domestic technology sector and scrutinize the business practices of companies.

Xu Lei, the president of JD.com, will take over as CEO and join the company’s board of directors, with immediate effect.

It is the second management reshuffle for JD.com in the last seven months. In September, Xu was appointed president after leaving his role as head of JD.com’s retail business. Liu will remain as chairman of the company’s board.

Liu has taken more of a backseat approach at JD.com since he was accused of rape in 2018, an allegation he has denied.

Liu’s departure from the CEO role comes after a number of technology executives stepped back from the businesses they founded in the last year or so. Last year, Colin Huang, the founder of fast-growing e-commerce company Pinduoduo, resigned as chairman. In November, ByteDance founder Zhang Yiming stepped down as chairman and Su Hua, the co-founder of short video app Kuaishou, also resigned.

Beijing has sought to tighten regulation in areas from antitrust to data protection and has punished companies that fall foul of its rules.

So far, JD.com has escaped any major regulatory action, unlike its rival Alibaba, which was hit with a $2.8 billion anti-monopoly fine.

JD.com said Liu will focus on guiding the company’s long-term strategies, mentoring younger management, and contributing to the revitalization of rural areas — a key focus of Chinese President Xi Jinping’s “common prosperity” drive, the government’s push toward moderate wealth for all.