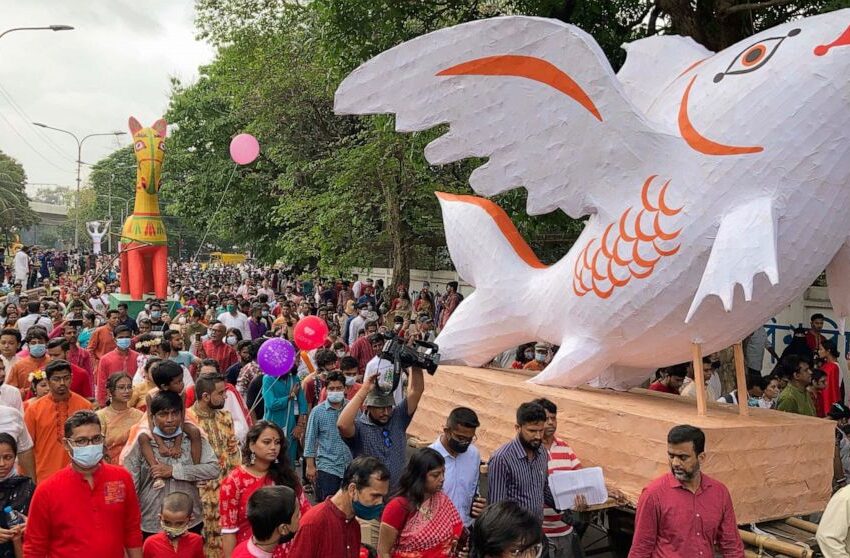 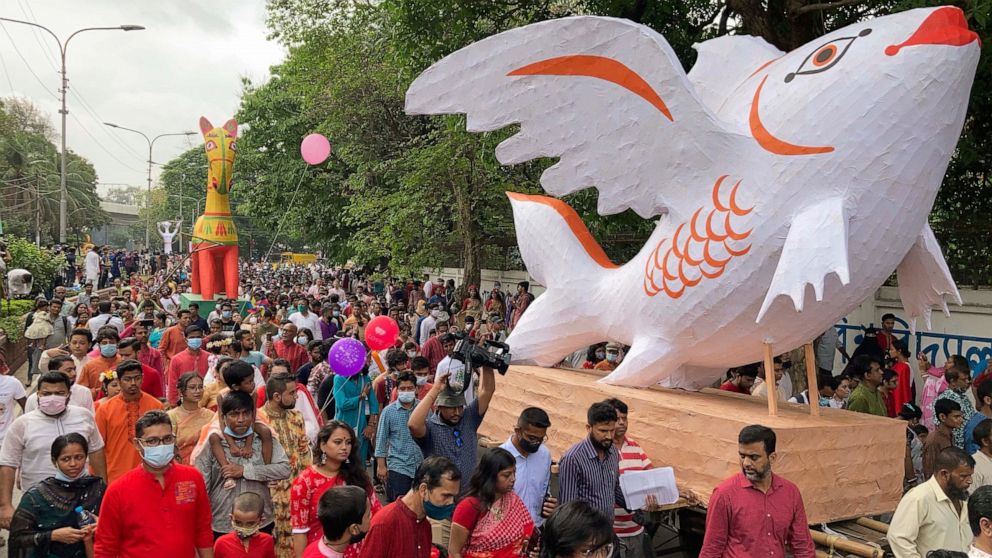 After a two-year break, thousands of people in Bangladesh and Nepal have celebrated their respective new years with colorful processions and musical soirees as the coronavirus pandemic eased and life swung back to normal

DHAKA, Bangladesh — After a two-year break, thousands of people in Bangladesh and Nepal on Thursday celebrated their respective new years with colorful processions and musical soirees as the coronavirus pandemic eased and life swung back to normal.

In Bangladesh’s capital, Dhaka, people clad in the traditional red attire ushered in the Bengali year 1429. They marched, sang and danced at a prominent arts college on the Dhaka University campus and in historic Ramna Park.

Similar processions were organized in other parts of Dhaka and elsewhere in the country, but the celebration was subdued as the Muslim-majority Bangladesh was also observing the fasting month of Ramadan amid scorching heat.

Thursday was a national holiday in Bangladesh, a nation of 160 million people.

The festivities were suspended for the last two years because of the pandemic.

“I am very happy to join today. In the last two years we could not celebrate,” said businessman Tapan Chowdhury, who joined the procession with his family. “It is a great day to celebrate irrespective of religious beliefs.”

The Bengali new year feast was not always smooth as hard-line Muslim groups opposed the celebrations, calling them un-Islamic. Thursday’s peaceful processions were heavily guarded by security officials though they said they monitored no specific threats.

A court in Dhaka sentenced eight militants to death and six others to life in prison in 2014 for their involvement in the attack. The defendants have appealed and the final verdict is pending at the Supreme Court.

People in Nepal, meanwhile, welcomed the year 2079 with visits to Hindu temples and Buddhist shrines, where families prayed for prosperity and good luck.

Last year’s celebrations were banned due to rising coronavirus cases, and the year before a lockdown kept people at home.

Nepal’s Health Ministry reported only 19 new cases and no deaths on Wednesday.