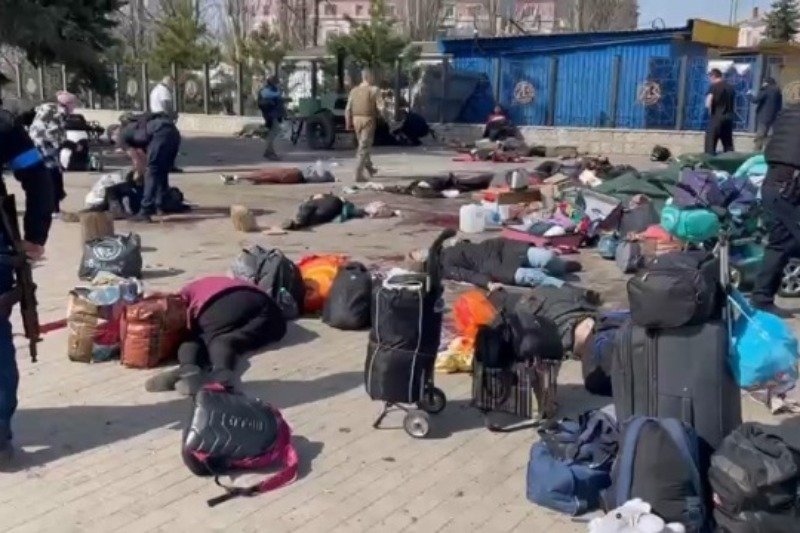 A rocket attack on a train station in Kramatorsk, used for evacuations in eastern Ukraine, left at least 30 dead and more than 100 injured. From this town in eastern Ukraine, thousands of people have been and continue to be evacuated to other, safer parts of the country.

Kramatorsk Station was one of the few stations in the beleaguered eastern regions of Ukraine still in operation, with many refugees using it to flee the war.

“The Russians are not giving up on their methods. Lacking the strength and courage to stand up to us on the battlefield, they are cynically destroying the population”reacted Ukrainian President Volodymyr Zelensky on Telegram.

Russians “knew that there were more than 1,000 people and that they were going to kill civilians”comments Alona Shkrum, Ukrainian MP, on BFMTV.

For its part, the Ukrainian railway company confirmed that two rockets had fallen on the station. “This is a deliberate blow to the railway’s passenger infrastructure and the people of Kramatorsk”Ukrainian Railways wrote on Facebook.

“More than 30 people were killed and more than 100 were injured after a rocket was fired at the station (…) It was a deliberate attack”Oleksander Kamyshin, boss of the Ukrainian railway company Ukrzaliznytsia, told Telegram.