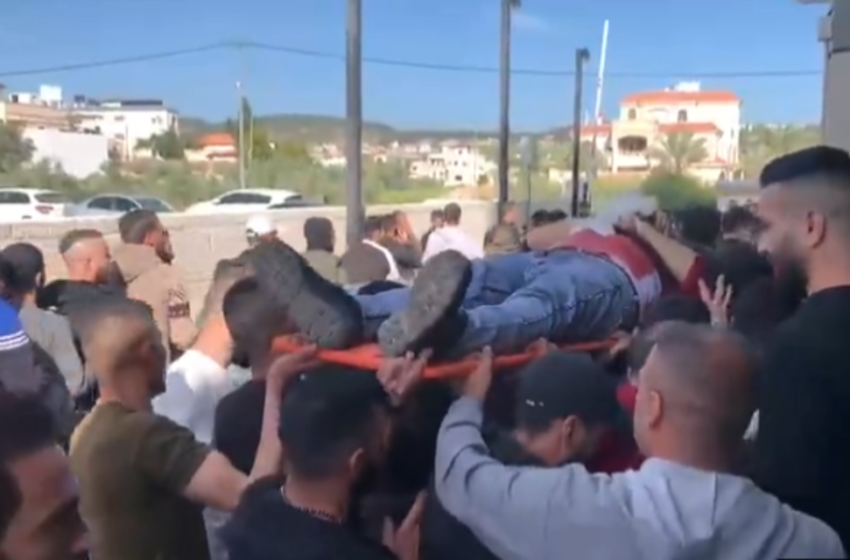 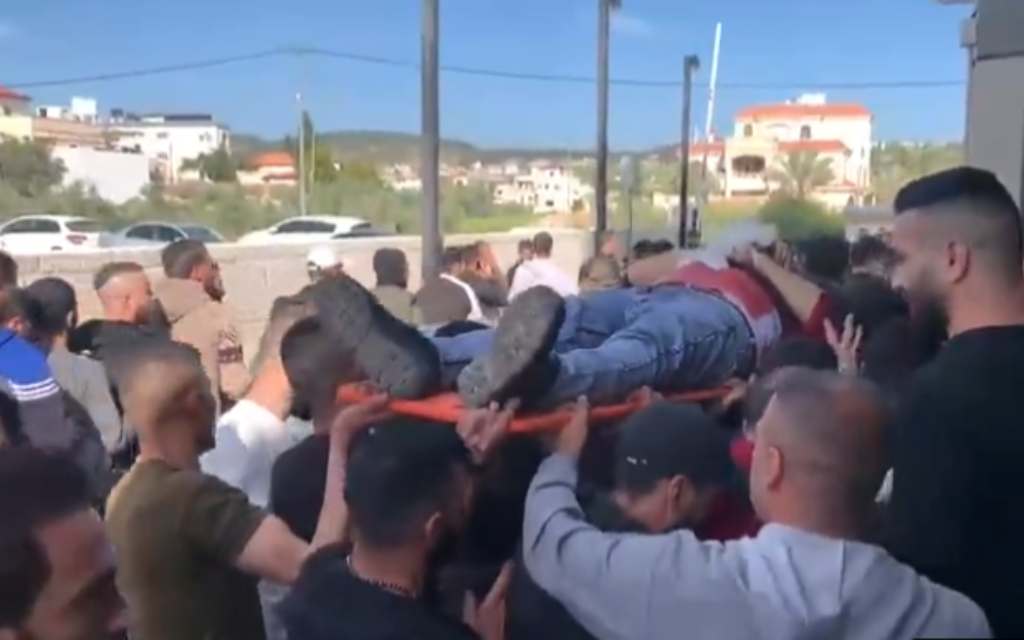 Five Palestinians were killed in clashes with Israeli troops late Wednesday and early Thursday in the West Bank, according to Palestinian reports.

In Jenin, two Palestinians were killed and one was critically injured during clashes with the IDF on Thursday morning, according to the Palestinian Health Ministry.

According to unconfirmed reports, one of the Palestinians killed in Jenin was the brother of Ayman Kamaji, one of the prisoners who escaped the Gilboa Prison last year and was captured following a nationwide manhunt.

Three Palestinians were also killed in Israeli security operations late Wednesday night in Silwad near Ramallah and outside Bethlehem.

The incidents took place during an extensive arrest operation carried out in several cities and villages in the West Bank since Wednesday morning, which has sparked protests and exchanges of live fire in several areas.

Near Bethlehem, troops raided the home of the mayor of the town of Al-Khader, Mr. Yasser Sbaih, and arrested his son on suspicion of involvement in terrorist activity.

Released convicts suspected of terrorist activity were also arrested in the Jerusalem area and Ramallah over the past day.

Separately, an Israeli who entered the village of Husan in the Bethlehem Governorate with his vehicle was surrounded by Palestinian rioters who set his car ablaze, according to a report by Maariv. He managed to escape unscathed, the report noted.

The municipalities of Ramallah and Bethlehem announced a general strike on Thursday morning in response to the recent Palestinian deaths, calling on the public “to increase their resistance with Israel.”

“The great revolution taking place in the West Bank and the continued clashes with the occupation forces in all West Bank cities is an expression of an intifada that won’t stop,” he said. “The intifada won’t be stopped through arrests or assassination,” he added.

Fatah in the West Bank also called for the Palestinian public to go to sensitive areas on Thursday and “confront IDF forces and settlers throughout the West Bank,” according to Army Radio.

Arrest operations in the West Bank have become a frequent occurrence since last week’s shooting attack in Tel Aviv that claimed the lives of three Israelis and was the latest in a series of deadly attacks in Israel.

A raid by Israeli forces into the West Bank’s Nablus town resulted in the death of one person, with 17 more were injured.

On Wednesday, Hamas deputy political chief Saleh al-Arouri called for an escalation after Israeli counter-terror troops arrested Palestinian suspects in the West Bank town of Silwad, referred to as “ticking time bombs” by security officials, who were suspected of planning an imminent attack in Israel.

In separate incidents, six Palestinians were reportedly injured during clashes with the Israeli military in the village of Beita, near Nablus. Forces also entered the Palestinian cities of Jenin, Tulkarm, Nablus and the villages of Urif, Kabatia and Jaba’, the military said.

The Palestinian Red Crescent emergency service said 31 Palestinians were hurt in clashes with Israeli forces near the site of Joseph’s Tomb in Nablus Wednesday morning. The Palestinian Authority’s Health Ministry later said one of them died.