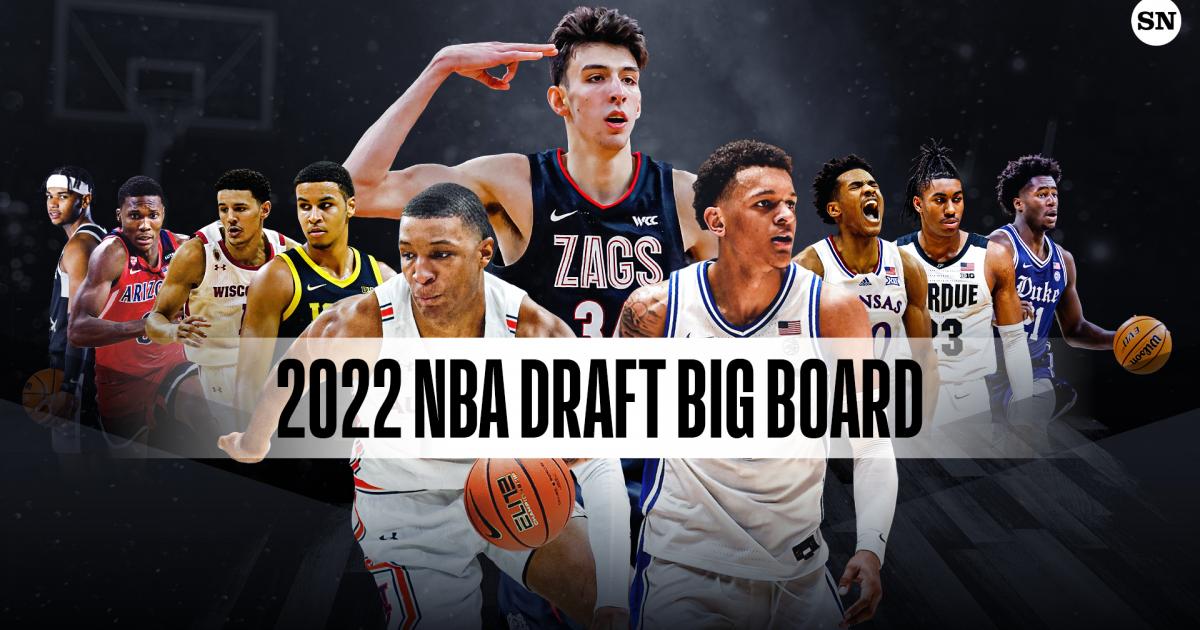 We’re still a couple of months away from the draft – which is set for Thursday, June 23 – but the NBA Draft Combine and NBA Draft Lottery are just around the corner.

The NBA Draft Combine is set to begin on Monday, May 16 and run through Sunday, May 22, while the NBA Draft Lottery will be on Tuesday, May 17.

Even though the draft order isn’t official yet, you can check out the latest edition of our 2022 NBA Mock Draft, which was updated at the conclusion of the NCAA Tournament.

If you’re just looking to get an understanding of where prospects rank, regardless of fit with a potential team, you can find the top 60 players on our 2022 NBA Draft Big Board below.