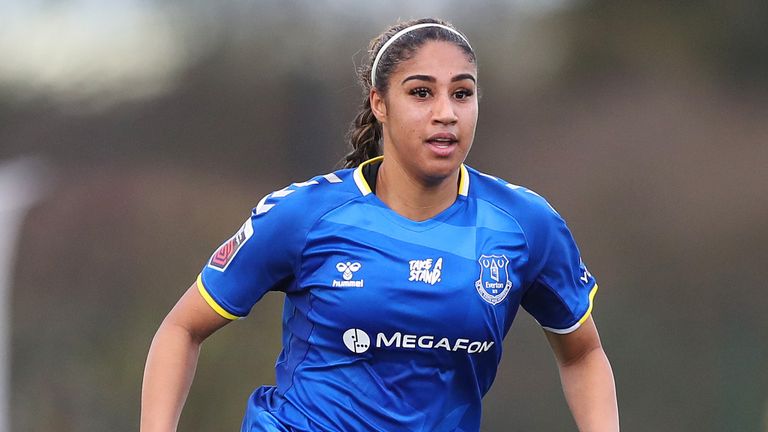 Williamson out as injuries hit England | George called up

Gabby George has been called up by England after captain Leah Williamson, Alex Greenwood and Lotte Wubben-Moy were ruled out of Friday’s World Cup qualifier in North Macedonia.

Williamson, named permanent captain this week, has travelled to Skopje but will not be involved in Friday’s qualifier. The 25-year-old is now under concussion protocols having missing training earlier this week as a precaution after being assessed following Arsenal’s match at the weekend.

Greenwood and Wubben-Moy did not make the trip, with Greenwood going back to Manchester City for rehabilitation for a persistent knee issue while Wubben-Moy returned to Arsenal to manage a thigh complaint.

Everton defender George has received her first Lionesses call since World Cup qualifying in 2019, having left the WU23 squad – who were in Spain for a double-header this week against the Netherlands – to answer the senior call.

England seek to continue their unbeaten start to Group D against North Macedonia with the fixture kicking off at 7pm on Friday.

The Lionesses will conclude the international window against Northern Ireland at Windsor Park on Tuesday 12 April, with kick-off at 7.55pm. Sky Sports will provide dedicated live blogs and analysis of both matches. 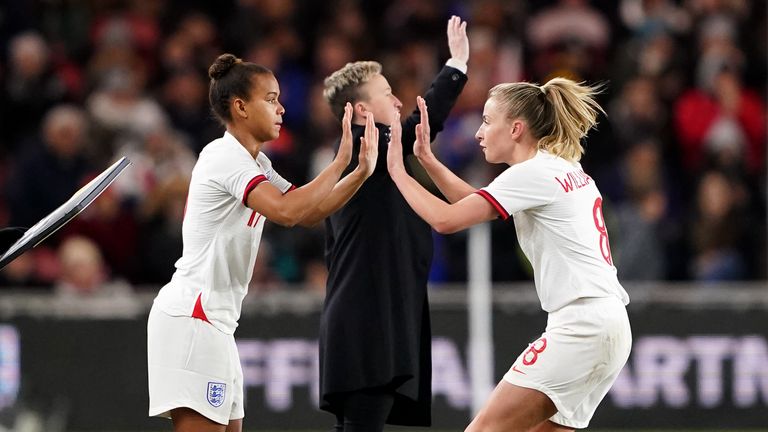 Nikita Parris explains why she thinks Arsenal team-mate Leah Williamson is a great choice for the England captaincy role for Euro 2022.

Group A: England vs Austria – kick off 8pm, Old Trafford

Group B: Spain vs Finland – kick off 5pm, Stadium MK

Group B: Denmark vs Finland – kick off 5pm, Stadium MK

Group A: Austria vs Norway – kick off 8pm, Brighton and Hove Community Stadium

Group B: Finland vs Germany – kick off 8pm, Stadium MK