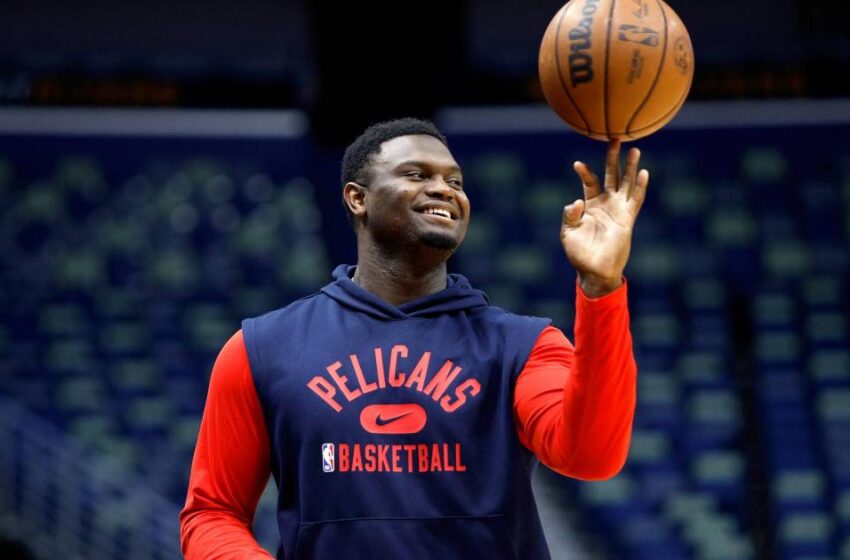 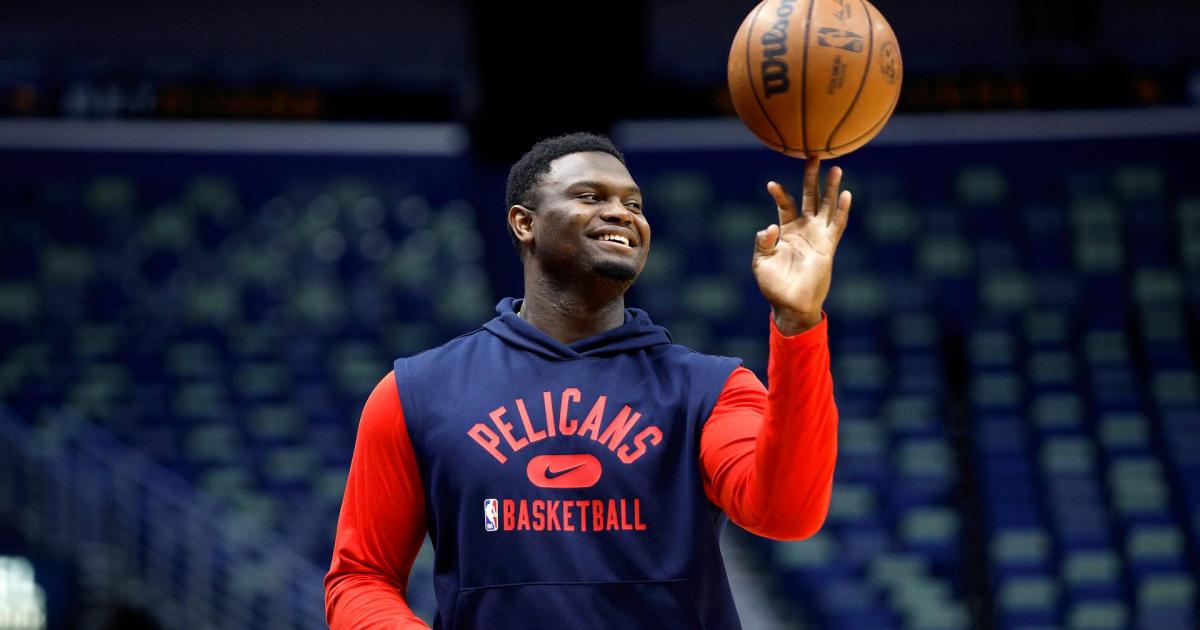 After a 2-14 start to the season, the Pelicans pulled off an impressive turnaround to finish with a 36-46 record, good for the West’s ninth seed and a spot in the NBA’s Play-In Tournament.

New Orleans’ turnaround is even more impressive considering it was without budding superstar Zion Williamson, who missed the entirety of the 2021-22 regular season due to injury.

The Pelicans, who will host the Spurs in Wednesday’s Nine-Ten Play-In game at 9:30 p.m. ET on ESPN, have put the pieces together thanks to the play of Brandon Ingram, the offseason acquisition of Jonas Valanciunas, the midseason acquisition of CJ McCollum and impact rookies Jose Alvarado, Herbert Jones, and Trey Murphy III.

Williamson is the final — and most important — piece of the puzzle.

With two wins, the Pelicans can accelerate their rebuild by earning the West’s No. 8 seed and gain invaluable playoff experience for a young team, even if it means meeting the Suns in the opening round.

Williamson has been listed as out for New Orleans’ meeting with San Antonio and he might not take the floor during the postseason, but that hasn’t been ruled out just yet.

Here’s everything you need to know about Williamson’s injury and what a potential return would mean for the Western Conference playoffs.

What is Zion Williamson’s injury?

The initial diagnosis came with the optimism that Williamson would be back in time for the regular season, which began on Oct. 20, but Williamson endured a number of setbacks in his recovery.

After receiving initial clearance on Nov. 26, discomfort led to Williamson being shut back down, ultimately resulting in the 21-year-old receiving an injection to promote healing in his right foot on Dec. 16.

Williamson spent around two months rehabbing away from the team before rejoining them on March 5 to continue his rehab in New Orleans, later receiving clearance to travel with the team.

The most recent official update on Williamson came on Thursday, April 7, when Pelicans head coach Willie Green told reporters that Williamson has taken part in “controlled scrimmages,” which include both assistant coaches and non-rotation players.

Willie Green says Zion Williamson has progressed to “controlled scrimmages” – basically 5-on-5 fullcourt work against coaches and some of the back end of the roster.

Still no further update on his playing status.

During an appearance on “The Pat McAfee Show” on April 12, The Athletic’s Shams Charania echoed Lopez’s report from Green, adding that Williamson “looked good” in five-on-five work but he didn’t expect to see him during the Play-In Tournament or the NBA Playoffs.

“Zion Williamson did participate in a 5 on 5 full court scrimmage last week.. the goal is to have him back for all of next season” ~@ShamsCharania#PMSLive pic.twitter.com/flWpw4b3lK

Two days prior to the update from Green, Williamson’s stepfather Lee Anderson provided an update on his stepson’s health during an appearance on “The Jordy Culotta Show”, saying Williamson was “healthy as all get out,” insinuating that he could return to play in the postseason.

Williamson has shown improvements in his health — and a return of his explosiveness — posting a video of a between-the-legs self alley-oop on his Instagram on March 22.

Zion Williamson just posted this to his IG story:

(And if you’re wondering if it’s recent, he’s wearing his new Zion 2 shoe in it) pic.twitter.com/0Xy1EAmAww

He has also been captured doing one-on-one work with Pelicans’ assistants.

He was a problem.

Williamson did all of this at the age of 20.

Who plays in place of Zion Williamson?

Williamson has started at power forward in all 85 appearances that he’s made up to this point in his career.

Since mid-February, the Pelicans have gone with athletic third-year big man Jaxson Hayes as the team’s starting power forward, which has been beneficial for all parties involved.

Hayes started in each of the Pelicans’ final 24 games of the regular season, posting averages of 11.0 points and 5.7 rebounds while shooting 57.4 percent from the field. Even more impressively, Hayes converted 41.9 percent of his attempts from 3-point range on respectable volume, illustrating a commitment to his development.

Don’t be fooled, though, Hayes’ growth as a shooter doesn’t mean he can’t jump out of the gym anymore.

In addition to Hayes, trade deadline acquisition Larry Nance Jr. has returned to action to provide key minutes at the power forward position, as well as rookie defensive ace Herbert Jones, who plays some power forward in small-ball lineups.

Of New Orleans’ key rotation players, McCollum (30), Valanciunas (29) and Nance (29) are the oldest. They also represent three of five players on the roster with playoff experience.

Should the Pelicans win two consecutive playoff games to move on to face the Suns, they will be making a major step towards becoming a power in the Western Conference.

With Williamson, they become a team capable of making the No. 1 seed sweat, if nothing else.