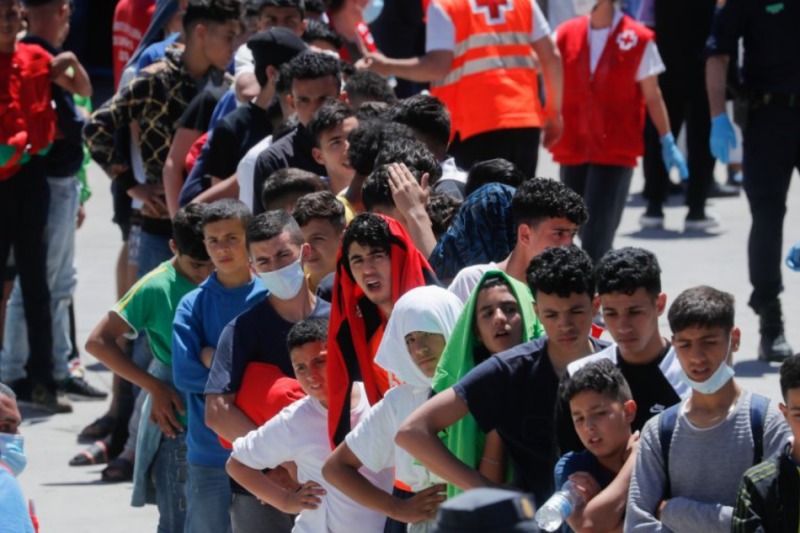 The process of returning minors to Morocco is complicated by Spanish and European legislation and the International Convention on the Rights of the Child. The procedures are long and complicated as they have to protect the rights and interests of these children.

Given the complexity of the deportation operation of these undocumented minors, it should take several months, according to the decisions of the Iberian courts.

Spanish authorities sent official data on minor children to their Moroccan counterparts, even during the major diplomatic crisis that marred bilateral relations.

To date, around 800 Moroccan minors entered Spanish territory illegally last May, many of whom have already been deported to Morocco. But overall, the figure reaches 9,000 minors according to statistics from the United Nations Children’s Fund (UNICEF).

According to Abdelilah El Khoudari, director of the Moroccan Center for Human Rights, “the Spanish government is facing a legal obstacle, which is reflected in a court decision that prevents, even temporarily, the process of deportation of unaccompanied minors , which was rendered in August of last year”.

As an example of the complexity of this process, a judge from the Court of Ceuta issued a decision to stop the expulsion of minors and to return those who had left them, on the grounds of a violation of their rights.

Indeed, people who entered Spain illegally should have the right to submit an asylum application, and to await the verdict on their application before being expelled if the answer is negative.

The Spanish authorities must also look for the family members of each minor to verify that he is not in danger by returning to her.

However, the Spanish law enforcement agencies have made mistakes and have been filmed in the process of turning minors back directly through the border post gate, flouting these procedural obligations.

“We are before a court ruling in a state that separates the authorities and respects the vital role played by human rights organizations, regardless of the political agreements that the government has presented Spanish with other countries” , estimated in a statement to MoroccoLatestNews, the human rights activist.

While the Spanish government is looking for a way to expel unaccompanied Moroccan minors to their country via a political agreement taking advantage of the resumption of bilateral relations which should rise to a higher level in the future, this option could be detriment of these minors.

The human rights activist considered to this effect that the return of momentum in Moroccan-Spanish relations should not be to the detriment of those who aspire to a decent life, better life opportunities and real democracy, he said.