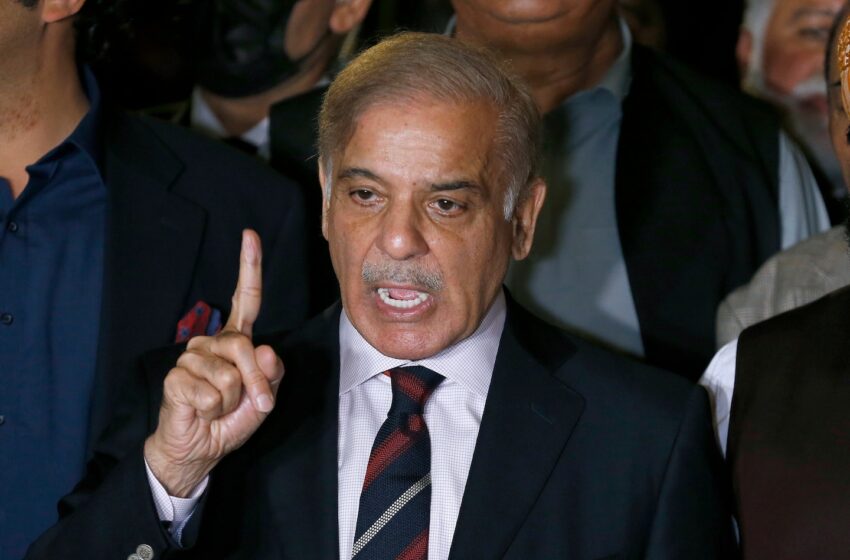 What to know about Shehbaz Sharif, Pakistan’s new prime minister It’s been a tumultuous week for Pakistani politics. The country’s Prime Minister, Imran Khan, was ousted after a no-confidence vote Sunday after a week-long political drama that put the Muslim-majority country of 220 million on the brink of a democratic collapse.

Khan, a former cricket star, came to power in 2018 with a promise of a “new Pakistan” that involved the creation of an Islamic welfare state, cultivating a loyal following among young Pakistanis. In recent months, he struggled to contain a deteriorating economy and rising inflation, made enemies among the opposition and lost the support of powerful military leaders.

He resisted an earlier no-confidence vote by dissolving the legislature early April, citing a foreign conspiracy to oust him. Opposition leaders turned to the Supreme Court, which ruled in favor of the opposition Thursday, saying the vote must be held.

On Sunday, Pakistan’s Parliament voted to oust him with 174 votes out of 342, two more than the simple majority needed. In his place, Shehbaz Sharif, a veteran politician and leader of the opposition, was elected prime minister until Pakistanis can elect a new leader in a general election, which has to be called no later than July of next year. No Pakistani prime minister has completed their five-year term since the foundation of the country in 1947.

Here’s what you to need to know about Pakistan’s new prime minister.

Who is Shehbaz Sharif?

Shehbaz was born in Lahore, Pakistan, on Sept. 23, 1951, the younger brother of three-time prime minister Nawaz Sharif. His father, Muhammad Sharif, founded the Ittefaq Group, a steel producer. Shehbaz followed in his father’s footsteps and became a businessman, co-owning a Pakistani steel company, according to Al Jazeera.

How did he get started in politics?

Shehbaz Sharif was the chief minister of Punjab, Pakistan’s largest and richest province, for three terms. During his time as chief minister, he tackled ambitious infrastructure projects, earning a reputation for good governance and efficiency. “He is seen as someone who gets things done,” said Madiha Afzal, fellow in the foreign policy program at the Brookings Institution.

He became leader of the Pakistan Muslim League-Nawaz (PML-N), one of the country’s largest political parties, after his brother’s imprisonment.

In 2018, Nawaz Sharif was sentenced to 10 years in prison for corruption and fined $10.6 million after the Panama Papers investigation, which looked into 11.5 million leaked documents that revealed how the powerful and wealthy hid their fortunes in offshore accounts. Documents leaked from Mossack Fonseca, a Panamanian offshore provider, revealed how three of Sharif’s children — Marian, Hasan and Husain — were linked to offshore companies that appeared as owners of four luxury apartments in London, according to the International Consortium of Investigative Journalism (ICIJ).

Nawaz Sharif denied any wrongdoing and was barred from holding political office by the Supreme Court, in part thanks to a anti-corruption campaign led at the time by Imran Khan. His brother Sharif called the ruling by the Pakistani court “undemocratic.”

Nawaz’s imprisonment seemed to put in jeopardy the future of the Sharifs’s political dynasty. A couple of wealthy and powerful families have dominated Pakistani politics, most notably the Sharifs and the Bhuttos.

Shehbaz and his son and political heir, Hamza, who has been elected Punjab’s next chief minister, also faced corruption charges of their own.

What challenges does Sharif face?

The country is in the midst of one of the worst inflation crises in Asia, with fuel and food rising 15.1 percent in mid-March compared to a year earlier, according to the Financial Times. Two-thirds of Pakistanis consider inflation Pakistan’s biggest problem, according to a Gallup poll quoted by The FT.

During a speech Sunday, Sharif promised unity and to tackle the economy.

“The economic challenges are huge and we need to make a way out of these troubles. We will have to shed sweat and blood to revive the economy,” he said, according to Al Jazeera. He added that his government will speed up Chinese-backed infrastructure projects in Pakistan as part of Beijing’s Belt and Road Initiative.

It’s unclear whether Sharif will choose to be in power for a year and then hold elections by next July, or call early elections. “That’s a big question. We don’t know yet,” Afzal said.

Unlike his brother, who lost favor with the military, Shehbaz is known to have a good relationship with military leaders, and he’s not a figure likely to antagonize them, Afzal said.

“He’s never held national office before, other than being a leader of the opposition for the last three years, so this is going to be a test for him,” said Afzal.