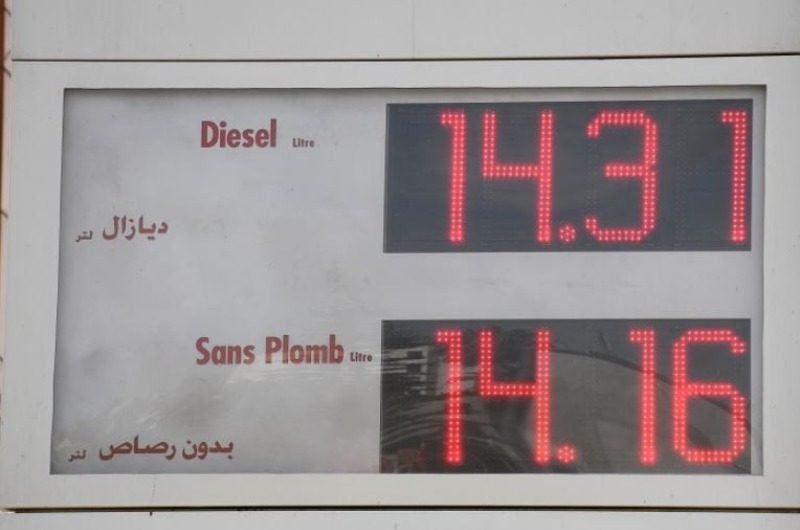 What has been done, or not, to deal with the crisis The rise in the price of petroleum products and the current context of economic crisis that Morocco is going through are the subject of several analyses. The Observatory of Government Labor (OTRAGO) has published one, also delivering its observations and recommendations to deal with it.

Aware that the Moroccan economy lives from the impact of successive increases in fuel prices, their painful repercussions on the various productive sectors and the consecutive increase in the prices of consumer products which have become expensive for citizens, the Observatory of Government Action presented a Policy Paper on the government measures taken to deal with this rapid increase, their effectiveness and their ability to deal with it.

According to OTRAGO’s analysis, the crisis of rapid fuel price increases in Morocco bears clear international imprints, stemming mainly from the global economic context, which is characterized by the recovery and acceleration of economic activity. , after the Covid pandemic, and its effects on the increase in world oil demand, in addition to the Russian-Ukrainian crisis.

All of these aspects have created great fears about global oil supply, in light of the economic sanctions imposed on Russia, which have had a direct impact on oil prices, which have reached record levels (140 dollars per barrel), advances the note.

Certain that the crisis is mainly due to the international context, the Observatory nevertheless considers that certain measures taken in Morocco with regard to the hydrocarbons sector also contribute to the aggravation of this crisis, and increase the impact of the increase in fuel prices.

Indeed, OTRAGO observes in its Policy Paper that it cannot be said that the current fuel price crisis in Morocco is solely due to international factors. But on the contrary, a set of decisions and measures that the Kingdom has accumulated over the years have formed an environment conducive to the exacerbation of this crisis, to the intensification of its impact, in particular on the national economic fabric, considers the same source.

We thus evoke the Moroccan release of fuel prices, which took place “ without any forecast for the future, any prior planning, without the involvement of the various parties, without establishing real and clear mechanisms of competition between the various players in the sector, and without any effort to invest in storage infrastructures, in particular with the sale unjustified reason for the “La Samir” oil refinery and its large storage capacity “.

But not ! observatory thus raises the unbalanced tax system that our country is experiencing, in addition to the circumvented legal system that frames the sale and distribution of hydrocarbons and that has subjected the country to the fluctuations of the international market, almost unable to deal with an emergency crisis in the region “.

The government has rejected any consumer protection measures

This is the observation made by the Observatory of government work concerning the surge in the prices of petroleum products, considering that the responsibility lies with the two previous governments, which paved the way for this situation.

” But that does not mean that the current government is not required to take a set of immediate and urgent measures to correct the situation, protect the Moroccan consumer, and mitigate the repercussions of this crisis on the national economy.“, we read in this Policy Paper.

This evokes the response of the government of Aziz Akhannouch to this emergency crisis of high fuel prices, which mainly manifested itself in the intervention with transporters and the prevention of any repercussions of the increase in transport prices. in Morocco, by providing direct support to this category of professionals, from which approximately 180,000 vehicles will benefit, with a monthly financial value ranging from 1,600 to 7,000 dirhams, depending on the type of transporter, in addition to injecting additional funds into the compensation to maintain butane gas prices.

An initiative considered positive by OTRAGO as well as the injection of funds into the Caisse de Compensation. But the absence of any clear and explicit communication from the government regarding the fuel surge crisis, and its reliance on imposing a fait accompli to justify the increases, with the exclusive link of the crisis to the international context has been raised by the Observatory.

Indeed, the note raised the rejection by the government of any measure of protection of the Moroccan consumer, in particular those related to the taxation of fuels, knowing that 40% of the price of fuels are made up of the tax on internal consumption and the value added tax, it is explained.

There is also the government’s reluctance to discuss the fuel crisis in parliament and its inability to involve the different political parties in finding appropriate solutions to overcome the crisis, in addition to the non-interference of the state in the regulation of competition and the determination of profit margins for distributors, and its leniency on the storage conditions provided for by law.

In this file, there is also talk of a lack of clarity on the government’s plans with regard to future directions, to correct the situation created by the liberalization of fuel prices and the legal situation which transcends the sale and distribution fuels, says the Observatory, noting that the government has taken no action to support service station owners and help them continue to supply the market with oil.

In order to disseminate a citizen perspective that can contribute to the maturation of the conditions for a way out of the crisis, the Observatory of Government Action has presented a set of recommendations, in its immediate, medium and long term dimensions.

In the short term, the Observatory recommends continuing to support professionals with professional fuel, strengthening monitoring mechanisms, allowing real players to access support, facilitating access for service station owners to financing banks and help them continue to supply the market with petroleum products. It also recommends revising or freezing the taxes applied to fuels for a period of two or three months on the horizon of fuel price stability at the international level.

For the medium term, the same organization recommends working to solve the problem of the Mohammedia refinery, La Samir, in order to increase hydrocarbon refining and storage capacities in Morocco, while forcing players in the hydrocarbon sector to increase their investments in storage.

The Observatory also recommends, in the medium term, the gradual reduction of the tax value applied to petroleum products, to help strengthen the purchasing power of citizens and improve the conditions of competition between the various players in the field of hydrocarbons, and impose more transparent mechanisms to ensure the balance of prices and profits.

In the long term, OTRAGo proposes to continue improving public transport services, in order to reduce the domestic consumption of petroleum products, encourage the use and acquisition of electric cars, through more attractive and more balanced tax measures. , diversifying energy sources and finally pursuing investments in renewable energies as the main source of energy consumption in Morocco, which can reduce dependence on oil and ensure energy security.