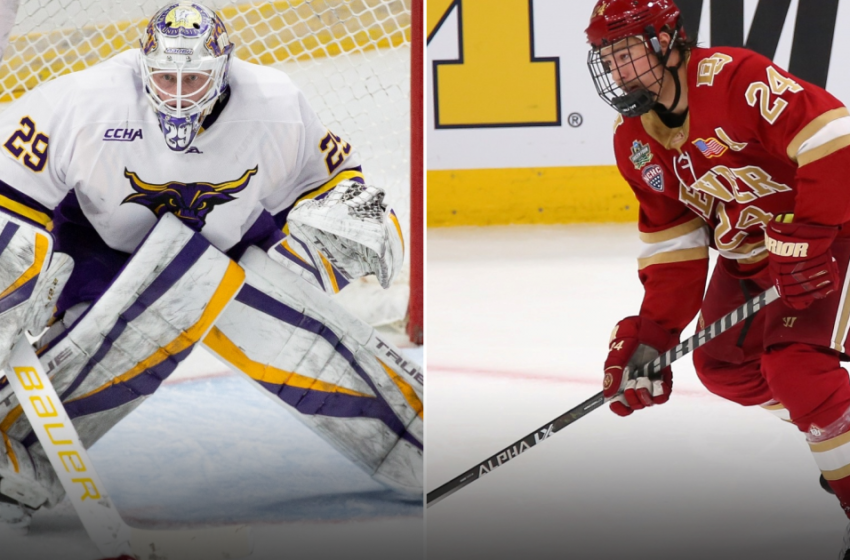 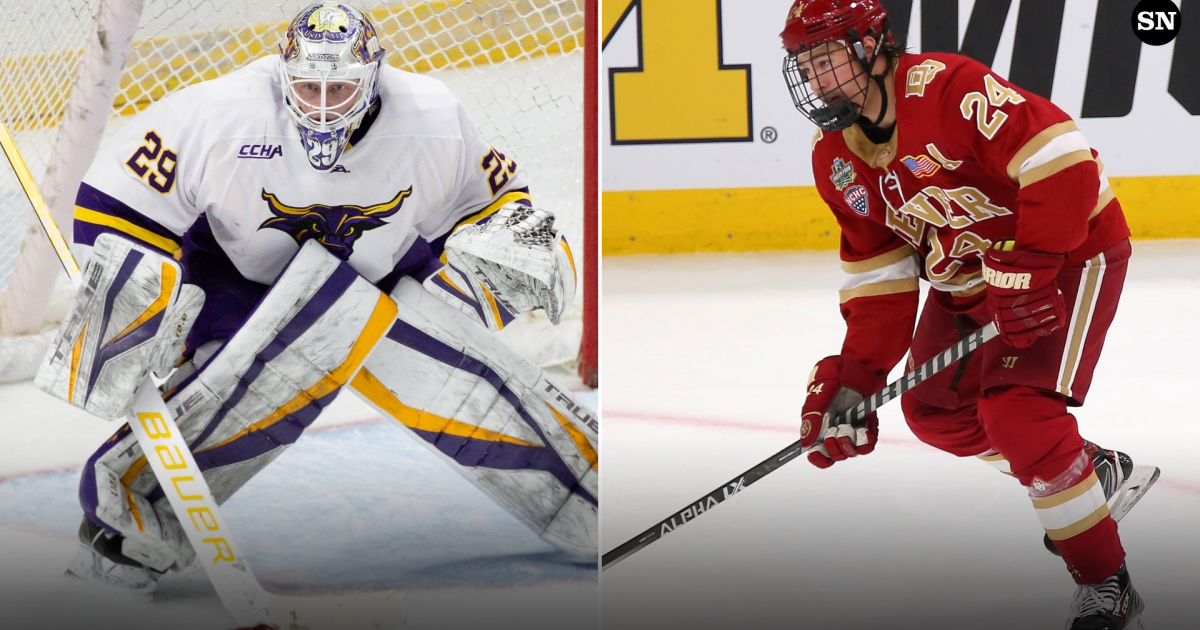 Tonight, either one team will tie the NCAA record for most championship wins, or the other will hoist the trophy for the first time.

Denver and Minnesota State meet in the 2022 Frozen Four championship in Boston. Carter Savoie advanced Denver to the championship with his overtime winner in the national semifinals on Thursday. against Michigan. On the other side, Minnesota State stifled Minnesota 5-1 in their semifinal matchup, with five different Mavericks potting goals in the win.

If Denver comes out on top, it ties Michigan’s record for most program titles in the NCAA. The Pioneers have eight heading into Saturday, while the Wolverines own the record with nine. It’s the first championship appearance for the team since 2017, when Denver defeated Minnesota Duluth.

For Minnesota State, the program has never won an NCAA championship at the Division I level. The team previously earned a Division II championship in 1980, but has never even been to the title game since making the shift to the top NCAA level in 1999.

The Mavericks enter the contest after finishing the regular season as the No. 1 team in the nation, while the Pioneers were No. 3. Two teams that have been the best in college hockey all season long and will now battle for the rights to be the NCAA national champion.

Here is everything you need to know about the Denver-Minnesota State championship:

When is the Denver vs. Minnesota State national championship?

How to watch the Denver vs. Minnesota State national championship

The Denver-Minnesota State game will air live on ESPN2.

Canadian viewers can watch the game on TSN.ca or through the TSN app.

For those looking to stream the Frozen Four game, it will be available on Watch ESPN, the ESPN app, and fuboTV, which offers a free trial.

Where is the NCAA Frozen Four being played?

The TD Garden is the home of the Bruins and the NBA’s Celtics. This is the eighth time the city has hosted the event.

Who is the favorite in the Denver-Minnesota State game?

Entering the semifinal matchup, XX is the favorite, according to Sports Interaction. *(odds not in SI yet)*

The Mavericks of Minnesota State finished as the No. 1 team in the nation according to the USCHO rankings. Mike Hastings’ crew put together a record of 35-5-0, winning the CCHA title in the conference’s return after an eight-year hiatus. The team has won 18 games in a row heading into the national championship.

Minnesota State came out on top in the Albany Region. The Mavericks had two tightly contested matchups, first fighting off a Harvard comeback to beat the Crimson 4-3. In the regional finals, Dryden McKay posted a 23-save shutout while Nathan Smith potted the lone goal in a 1-0 win over Notre Dame.

The Pioneers were right behind Michigan at No. 3 in the final rankings. David Carle’s squad went 27-9-1 this season, falling in the NCHC semifinals to Minnesota-Duluth, the eventual conference champion.

Denver earned a couple of one-goal wins in the Loveland Region, sneaking past UMass-Lowell 3-2 before defeating Minnesota-Duluth 2-1 to punch its ticket to the Frozen Four.

What is the head-to-head record between Denver and Minnesota State?

The two programs have not met since 2012, but there is plenty of history between the two.

Denver and Minnesota State played in the WCHA together from 1999 to 2012. The Pioneers were one of the original programs in the conference when it was formed in 1951. Denver eventually left after the 2011-12 season to join the NCHC.

Minnesota State became a part of the WCHA ahead of the 1999-2000 season after operating as an independent DI team for three years. When the WCHA folded its men’s conference ahead of this season, the Mavericks shifted to the revived CCHA conference.

Denver has the advantage head-to-head with a record of 28-13-6 against Minnesota State. The Pioneers are undefeated in the last 16 contests against the Mavericks, with the last win for Minnesota State coming in February of 2008.

Who are the projected starting goaltenders for Denver and Minnesota State?

Chrona has enjoyed a solid sophomore season. The Swedish goaltender has made 36 starts for the Pioneers, posting a 27-8-1 record, a 2.14 goals-against average and a .909 save percentage. He’s playing some of his best hockey lately, giving up just nine goals total in his last seven starts.

McKay has been one of the best college hockey goalies since he arrived at Minnesota State in 2018. The Hobey Baker and Mike Richter finalist posted new career-highs in wins (38) and GAA (1.27) this season. His wins rank first in the nation, his GAA is second and his SV% (.934%) put him in a tie for third. McKay’s been the Mavericks’ best player all season and was named both the CCHA Goalie and Player of the Year.

Who are the leading scorers for Denver and Minnesota State?

Brink is a playmaking machine. One of the three finalists for the Hobey Baker Award, the Flyers’ second-round pick from 2019 is first in the NCAA with 43 assists and 57 points. Arguably no skater has had a bigger impact on his team this season than Brink for Denver.

Smith has been among the nation’s point leaders all season long. Only Brink has more points than Smith, as the junior forward has posted 50 in 37 games. He leads Minnesota State in points while he is second in goals with 19 and in a three-way tie for first in assists with 31. The Coyotes prospect finished in the top-10 of Hobey Baker voting this season.

Michigan has the most college hockey championships, with nine. Its last one came in 1998.

Denver and North Dakota have eight each, Wisconsin has six and Boston College, Boston University and Minnesota have five each.

Here are all the tournament winners over the past 10 years: