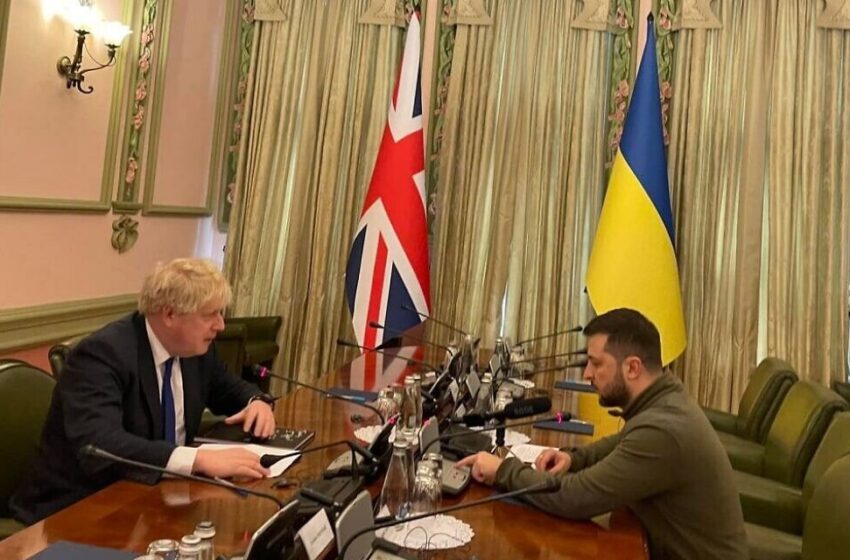 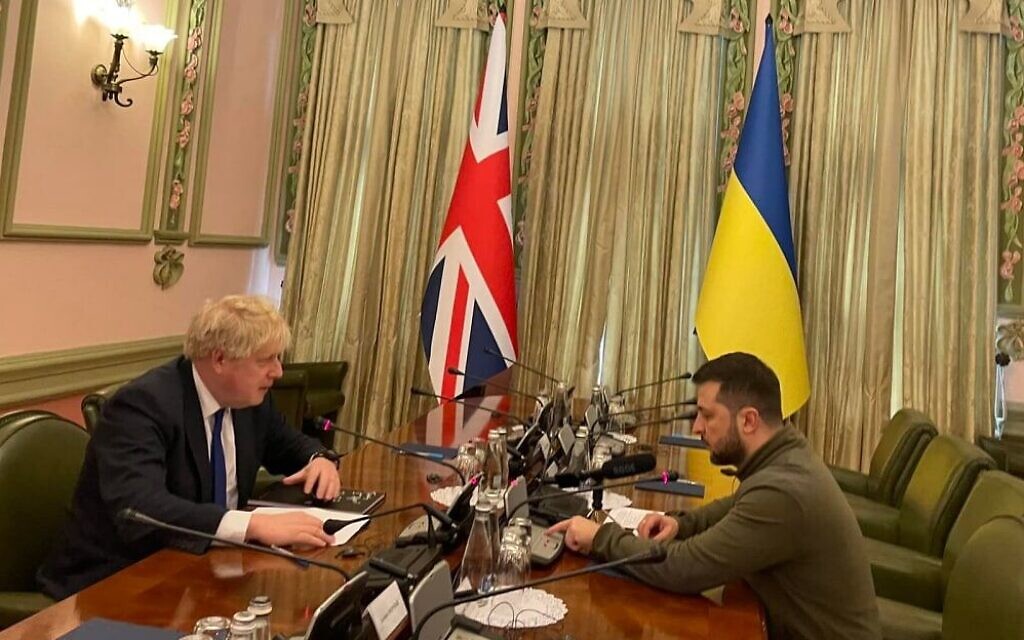 “They will discuss the UK’s long-term support to Ukraine and the PM will set out a new package of financial and military aid,” a spokesperson said.

An aide to Zelensky, Andriy Sybiha, posted a photograph of the leaders sitting opposite each other in a grand room.

Johnson was wearing a dark suit and Zelensky khaki overalls, his signature outfit for public appearances since Russia invaded Ukraine end of February.

“The UK is the leader in the defense support of Ukraine,” Sybiha wrote.

Sybiha described Johnson as “the leader of the anti-war coalition. The leader of sanctions on the Russian aggressor.”

London did not announce Johnson’s Ukraine visit ahead of time, with the prime minister himself batting away questions about a possible visit in a press conference on Friday.

His trip to the Ukrainian capital followed visits to Kyiv of European Commission President Ursula von der Leyen and the EU’s foreign policy chief Josep Borrell on Friday and the visit of the Austrian Chancellor Karl Nehammer earlier on Saturday.