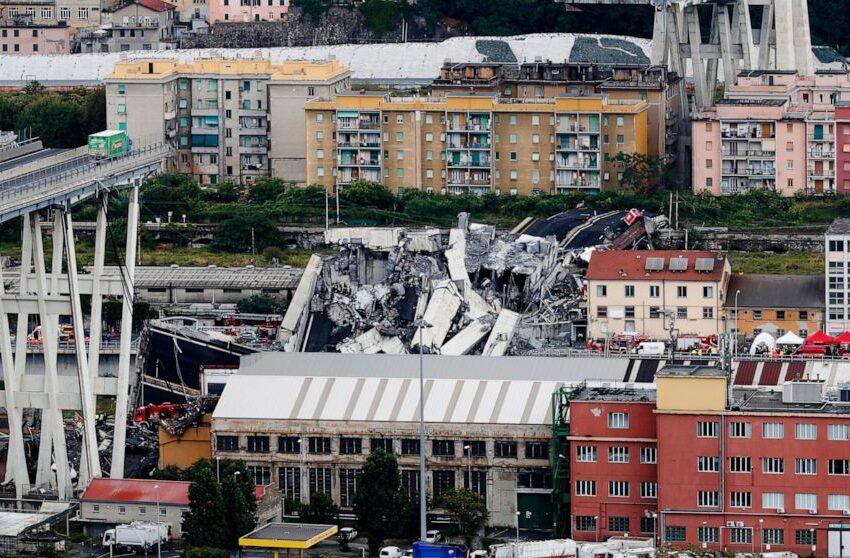 Trial is ordered for 59 in deadly collapse of Genoa bridge 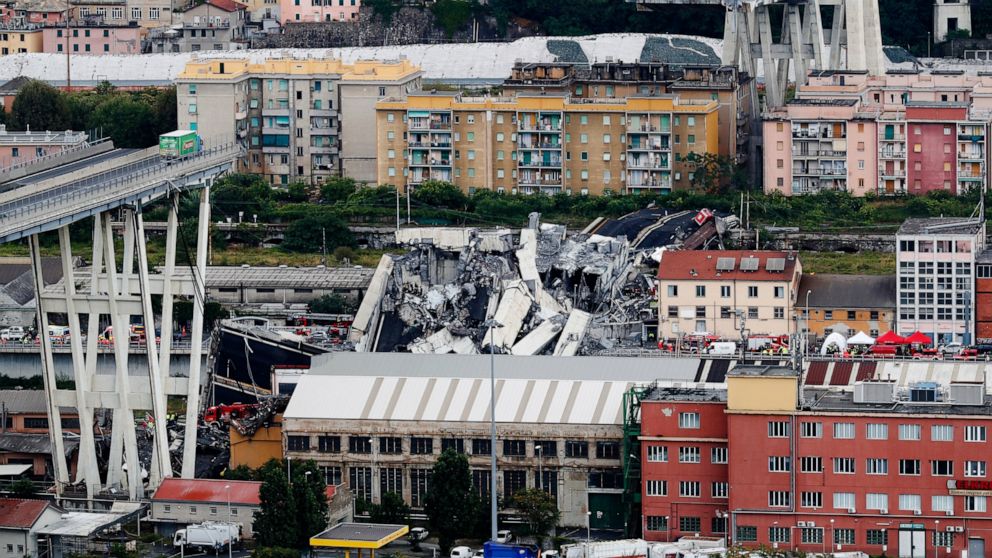 ROME — A judge in Genoa on Thursday ordered all 59 defendants to stand trial for the deadly 2018 collapse of a heavily used highway bridge in that Italian port city which sent cars and trucks plunging into the dry riverbed below.

Forty-three people were killed when a large section of the Morandi Bridge broke off during a violent rainstorm on Aug. 14, 2018, on the eve of Italy’s big summer holiday. Charges against the defendants include multiple manslaughter and making false statements.

Italy’s Rai state TV, reporting from the Genoa courthouse, said trial will begin July 7. It took Judge Paola Faggioni two hours to read aloud all the reasons why she was denying various objections raised by defendants’ lawyers before she ordered the trial.

Among those facing charges is Giovanni Castellucci, former CEO of the company that manages many of Italy’s highways and bridges, Rai said. Lawyers for Castellucci expressed confidence that a “fair trial” would find him innocent, the Italian news agency LaPresse reported.

The Genoa newspaper also reported that Faggioni approved plea bargain requests by both the highway company, Autostrade per Italia, and the Spea Engineering company, to pay 29 million euros ($33 million) to the Italian government in exchange for avoiding a trial.

Prosecutors argued in their indictment that some defendants were aware that the bridge, which was built in the 1960s, was at risk for collapse. They alleged that corners were cut on maintenance to save money.

The bridge’s designer had recommended regular upkeep to remove rust, especially due to the corrosive effect of moist air from the nearby Ligurian Sea, and maintenance to counter pollution’s effect on concrete.

A replacement bridge, designed by renowned architect Renzo Piano, a Genoa native, features 43 lamps in memory of those who perished.