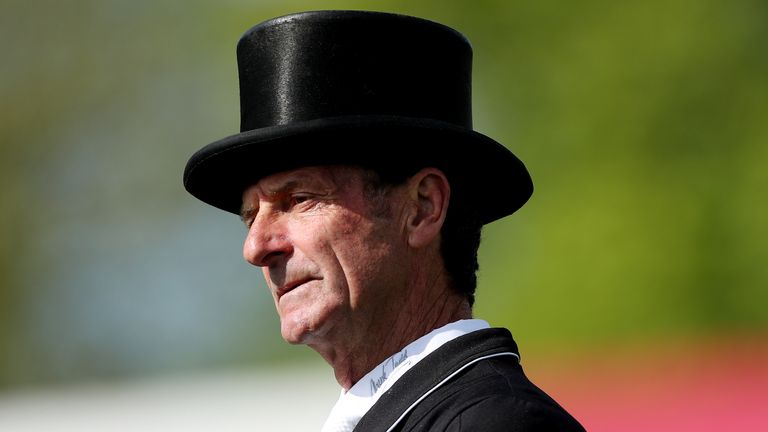 Sir Mark Todd is clear to resume training after being handed a four-month ban, two of which he has already served with two more suspended, for striking a horse with a branch.

The New Zealander, who is primarily known for his exploits as a dual Olympic champion three-day eventer, had his training licence temporarily suspended by the BHA on February 16 after a video emerged on social media of him striking a horse with a branch in August 2020.

In the clip, Todd appears to be teaching a cross-country schooling session where one rider is struggling to get a horse into the water jump, with the 65-year-old – who was knighted in 2013 for his services to equestrian sport – then brandishing a branch and striking the horse several times on the hindquarters.

Todd’s case was heard privately on Thursday, with panel chairman Brian Barker announcing the suspension for the Wiltshire handler.

Given Todd has already served a two-month ban, he will now be able to make entries with immediate effect.

Todd took out a British training licence in 2019 following his illustrious eventing career, saddling his first of 14 winners to date with Petit Bay in June 2020, while last year’s King Edward VII Stakes runner-up Tasman Bay ranks as his best horse on the track so far.

Barker said: “The appropriate sentence is one of four months suspension, with two months of that deferred for two months.

“That means that the eight weeks that he has already served is sufficient and that Sir Mark is able to operate under his licence immediately and that further, providing that there are no transgressions in the next two months until the June 14, then that deferment will disappear.”