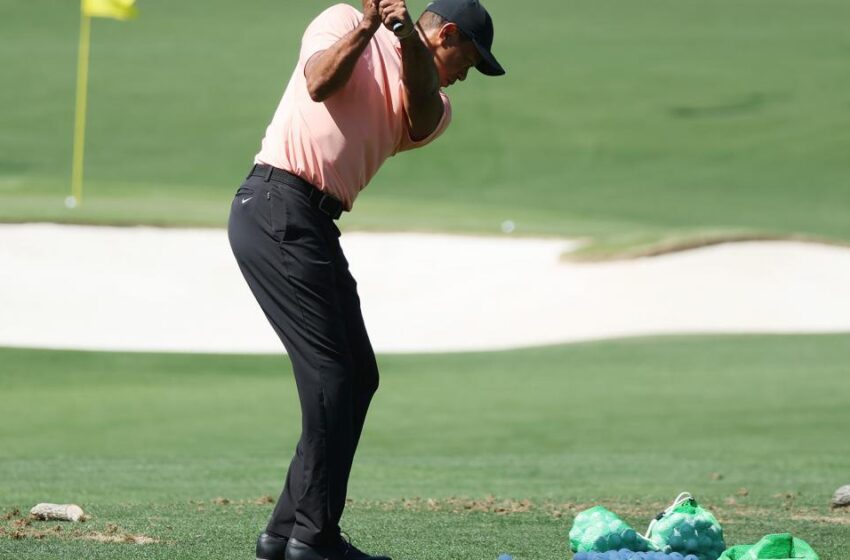 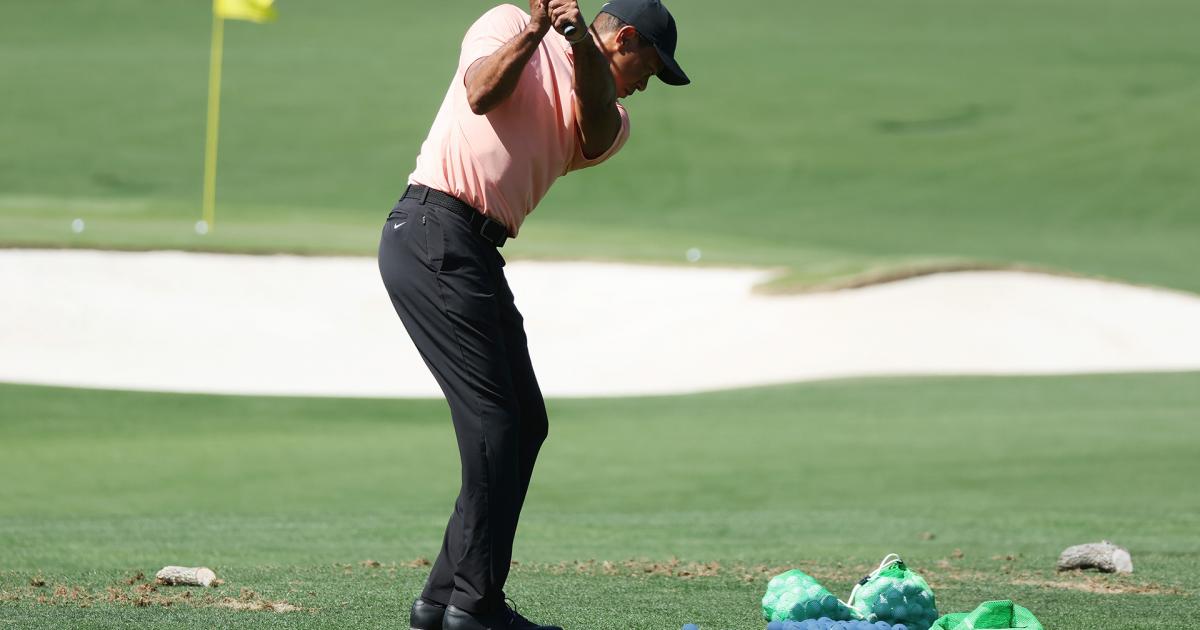 Golf fans have been elated seeing Tiger Woods practicing at the Augusta National Golf Club ahead of the 2022 Masters Tournament. That elation was taken up a notch when he announced in a press conference Tuesday is aiming to play in the tournament.

But one thing that has truly surprised golf fans has been what Woods has been wearing on his feet. The global sports icon who is sponsored by Nike, and who has a building named after him on the brand’s campus, was seen wearing a pair of black FootJoy Premier Series-Packard golf shoes, according to CNBC.

For most people, the style of shoes worn would not be all that distinct. Woods is not most people, and the shocking shoe choice rattled the golf world.

Why has it been such a big deal? The Sporting News takes a look.

Woods became a professional golfer on the PGA Tour in 1996. Since then, his shoes have always contained the familiar Nike swoosh. Woods originally signed with Nike back in 1996, which kicked off their 26-year partnership.

His practice round at Augusta National was the first time on a golf course Woods has been seen with a different brand of shoes other Nike.

The different shoes led to speculation as to the status of Woods’ future with Nike. Could his deal with the massive brand be in jeopardy? Not likely. During a press conference, Woods said that his mobility is limited and that with “rods and plates and screws” in his leg, he needed a different type of shoe to help him remain more stable, according to Fox Business. Woods has continued to wear Nike clothes during practice.

MORE: How realistic are Tiger Woods’ chances to win a sixth green jacket in 2022?

“Nike’s been fantastic over the year for providing me with equipment and work,” Woods said. “We’ve been working on trying to find something to allow me to do this and swing again. We’re still going to continue doing it and hopefully we’ll have something soon.”

Nike issued a statement to Fox Business, saying that the company is “delighted to see Tiger back on the course.”

“He is an incredible athlete, and it is phenomenal to see him returning to the game at this level. His story continues to transcend sport and inspire us all. As he continues his return, we will work with him to meet his new needs,” Nike said.

Woods was involved in a single-car crash back in February 2021 that left him with multiple leg injuries, and where the Los Angeles County Sheriff described Woods as “lucky to be alive.” In a statement on Twitter, it was revealed Woods had multiple fractures in his right leg and that the fibula and tibula needed to be stabilized with a rod. It also said he had screws and pins placed in his foot and ankle.

In a November press conference, Woods explained that amputation of his right leg was “on the table.” He also said that even while sitting at the table, he felt pain in his back and leg.

The first deal Woods signed with Nike came as a modest five-year, $40 million deal, according to ESPN. Once that deal expired, Woods followed it up with a five-year, $100 million deal with Nike, per the report, which started in 2001.

After the second deal, Nike and Woods agreed to an eight-year deal that was worth between $20 and $40 million per year, Forbes reported. He followed that up with a $200 million contract in 2013, according to Business Insider.

Woods has certainly received plenty of money from Nike by endorsing their products over the past 26 years. However, the deal has been symbiotic. Apex Marketing found that the value of Woods’ win in the 2019 Masters Tournament was worth more than $22 million in exposure for Nike, according to CNBC.

Woods will certainly be in the spotlight at Augusta in 2022 for as long as he is able to make the cuts. As long as viewers are more focused on his shirt than his shoes, Nike should again have a profitable Masters.