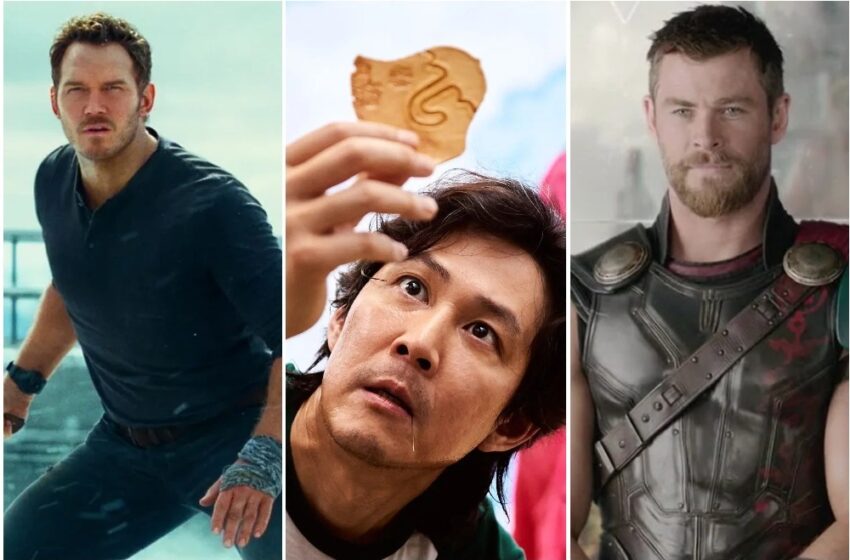 This past week has been filled with exciting movie announcements, from Sam Raimi confirming multiple Scarlet Witch variants in Doctor Strange in the Multiverse of Madness, to the director of Netflix’s Squid Game announcing an upcoming movie. Read about all this, and more, below!

An onlooker’s photo from the set of highly-anticipated sequel, Hocus Pocus 2, gives audiences an early look at the Sanderson’s childhood home in colonial Salem, Massachusetts.

Hocus Pocus was released in 1993, and while not doing so well upon release, the movie became increasingly popular over time. The feature is now one of the most popular Halloween flicks to enjoy.

2020 saw the sequel green-lit, and fans are eager to see the trio of witches return. The feature was filmed at a fake Salem, which in reality, was Rhode Island; locals and excited fans took to posting any pics they could grab online, giving us a look at what the upcoming release has in store.

Marvel fans everywhere are somewhat concerned, and definitely confused, at the fact that a trailer for Thor: Love and Thunder, which is set to hit cinemas on July 8th, 2022, has not been released.

Thor 4 is set to be an incredible adventure, with Chris Hemsworth of course returning to play the God of Thunder once more; this will be the fourth Thor entry into the Marvel Cinematic Universe (MCU), and the second directed by Taika Waititi.

The upcoming MCU title has just broken a major Marvel record, which may not actually be a good thing. Just 92 days before the film is set to release, fans still don’t have a trailer, meaning that Thor 4 has the shortest window between the release of a first trailer and the movie’s debut.

In comparison, The Avengers (2012) trailer debuted a whopping 280 days before release, so fans are definitely curious as to why Thor 4 still has no trailer.

Director of Doctor Strange in the Multiverse of Madness, Sam Raimi, has confirmed that the upcoming movie sees Elizabeth Olsen play multiple versions of Wanda Maximoff.

Doctor Strange 2 is perhaps one of the most highly-anticipated releases of this year (2022), with the trailers giving fans a great deal to pick apart and discuss. One thing (among many) that audiences are fixated on is Wanda, and the seemingly different versions of her seen in the trailers.

The film has already shown many incredible things, such as Doctor Strange variants like Evil Strange, who could be the film’s main villain. However, in an interview with Fandango, Raimi states that multiple Scarlet Witch variants will be seen in the forthcoming feature.

The runtime for Jurassic World: Dominion has reportedly been revealed, and it’s longer than any other entry in the franchise.

XXL runtime revealed: “Jurassic World 3” will be the longest dinosaur blockbuster in the entire saga – by a clear margin – DashFUN News https://t.co/Cr9ezeBEcN

The forthcoming threequel combines the Jurassic Park trilogy with the Jurassic World films, creating an exciting and impressive roster of actors, including Laura Dern and Sam Neill, as well as Chris Pratt and Bryce Dallas Howard.

The runtime for the upcoming feature is said to be 2 hours and 26 minutes, making it the longest entry in the franchise. Many film fans have been somewhat critical of recent releases’ runtimes, complaining that they are too long.

However, since this is (potentially) the final Jurassic Park or Jurassic World film we will be getting, the long length may not be a bad thing, as more characters and a finale is sure to bump up the screentime.

Director of Squid Game, Hang Dong-Hyuk, has recently announced he is currently developing a new project titled Killing Old People Club, which will be based on Umberto Eco’s works.

Hwang Dong-hyuk says he is developing ‘KILLING OLD PEOPLE CLUB’, which he calls “another controversial film.”
“It will be more violent than ‘Squid Game’” and jokes that he might have to hide from old people after the film comes out.
(Source: https://t.co/NXnAMJ8s0w) pic.twitter.com/kPFLRI2Xx5

Dong-Hyuk has become a household name after the success of Squid Game last year (2021); the title became the most watched show in the platform’s history, with almost everyone discussing the show with friends and fans alike.

Killing Old People Club will be based on the works of Eco, an Italian Philosopher and writer. A 25-page treatment has already been drafted, suggesting that the feature’s production is gaining some momentum.

As with Squid Game, Dong-Hyuk’s forthcoming movie may also spark political and humanitarian debates, suggesting it will be a film not to be missed.