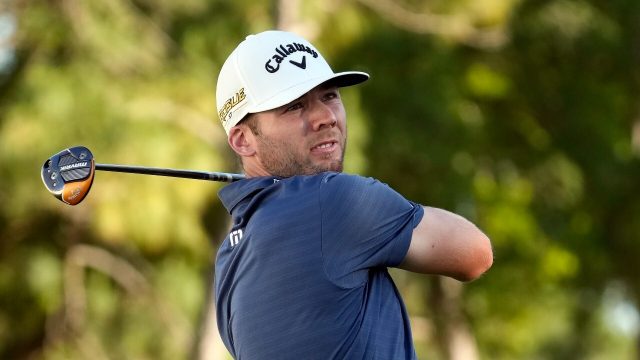 Get ready for perhaps the best Sunday nap of the annual sports calendar, folks. It’s early April and that means it’s time for The Masters.

It has been nine months since the sport’s last major and news that Tiger Woods could be making his return only heightens the anticipation for golf’s most prominent tournament.

Tiger hasn’t competed since the 2020 Masters – except for at the PNC Championship in December alongside his son Charlie – but his mere presence in Augusta, Ga., has golf fans buzzing.

The 46-year-old is a five-time Masters champ and course familiarity is a huge factor in this tournament, however the iconic Augusta National layout has been altered since most recent appearance.

The par-72 course is longer than ever at 7,510 yards this year after some notable alterations, including on the 11th, 15th, and 18th holes.

So, what does it typically take to win a Green Jacket?

Hitting fairways at The Masters is not nearly as important as one might think since the rough on this course is so playable. A good second shot is paramount to success at Augusta, though, so strokes gained on approach is a key stat that often factors into low scores on this course.

With that in mind, let’s look at the field and highlight some golfers we think could have strong showings at the 86th Masters.

Lots of familiar names in this top tier, as you can see, including 2020 winner Dustin Johnson, 2015 champ Jordan Spieth plus a few former world No. 1s.

That trend doesn’t bode well for Jon Rahm, even though the 2021 U.S. Open winner has finished fourth, T9, T7 and T5 in his past four appearances at The Masters.

Of all the contenders listed above, Scottie Scheffler boasts perhaps the best value despite his relative lack of name recognition compared to the others here.

Scheffler is the current No. 1-ranked golfer on the planet and playing like it, so there’s inherent value in the fact he’s not the odds-on favourite.

Justin Thomas having the second-shortest odds might raise some eyebrows considering he has just one top-10 Masters finish, but he has been hitting the ball extremely well this year.

Thomas and Scheffler rank one-two, respectively, in strokes gained on par 4s and 10 of Augusta National’s 18 holes are par 4s.

Cam Smith is another popular pick this week. The 28-year-old Aussie finished 2021 ranked 21st in the world and has already jumped up to No. 6 on the Official World Golf Ranking partly thanks to his win at the THE PLAYERS Championship in March. Smith’s putting gives him an edge on most in this field.

Once you get beyond the tier of golfers listed at +2200 or shorter there’s a stark jump in potential value yet you still find yourself sifting through potential winners.

Hideki Matsuyama became the first Japanese man to win a major tournament when he took home the Green Jacket a year ago. Matsuyama had pre-tournament odds in the +3500 to +5000 range prior to the 2021 Masters, rewarding anyone who backed him.

Matsuyama, whose 2022 Champions Dinner menu was unveiled earlier this week, is listed at +4000 this year but has been dealing with a neck injury lately which could make back-to-back Masters wins an even bigger uphill climb.

Here are some other mid-tier contenders and longshots who could end up having memorable tourneys.

Will Zalatoris (+3300) is young in his pro career but already has shown to have ice in his veins when the pressure is on. He shot a steady 70-68-71-70 to finish one stroke back of Matsuyama in his first Masters one year ago.

It’s no surprise why Sam Burns (+4000) is a popular value play this week. He has some nice momentum after bookending March with a T9 at the Arnold Palmer Invitational and a win at the Valspar Championship. Can he take a page out of fellow 25-year-old Zalatoris’s 2021 playbook and surprise the field in his Masters debut?

Matthew Fitzpatrick (+4500) alternated rounds of 67 and 68 at the Valspar Championship for his first top-five finish of the season and his fourth top-10 result since the beginning of February. The 27-year-old’s relative lack of distance off the tee could hurt him against the long bombers, sure, but Matty Fitz ranks top-20 in all strokes gained categories except off-the-tee where he ranks 31st. He leads all golfers on the PGA Tour in total strokes gained in 2022.

Corey Conners (+5000) has a few missed cuts and zero top-10 results this year outside of match play, which is concerning. The Canadian does have consecutive top-10 Masters finishes though. Conners is solid off the tee and that often makes life easier for him on his approach shots.

If you’re going to really swing for the fences on a longshot then Brian Harman (+10000) is very strong on par 4s. Lefties have a solid reputation at Augusta and Harman finished T12 at The Masters just one year ago, which was his second-best result at a major. A top-20 result at +250 could also be a wise play on Harman.

Luke List (+11000) is another golfer with long odds potentially worth a flier. His strokes gained metrics line up well with this course just as long as his putter doesn’t let him down.

There’s no shortage of prop bets if you’re looking beyond the outright winner and each-way markets. Here are a few Masters props to consider.

Lefties make the cut parlay (+240): Augusta is historically favourable to left-handed golfers. Americans Bubba Watson (-225), Brian Harman (-200) and Scotland’s Robert MacIntyre (-175) each have somewhat favourable odds to make the cut. Grouping these three lefties together in a parlay can get you +240 for a boosted payout heading into the weekend.

Tiger Woods to make the cut (-110): There are 91 golfers expected to compete in the field and at least 50 will make the cut. Tiger knows his way around this course as well as anyone so if he is indeed hitting the ball reasonably well, as has been reported, then getting on the right side of the cut line is entirely within the realm of possibility regardless of this latest layoff.

If you’re a Bobby or Betty Buzzkill and you’d like to fade the G.O.A.T. then Tiger’s odds to miss the cut are -125.

All betting odds listed above via Bet365 as of Wednesday afternoon