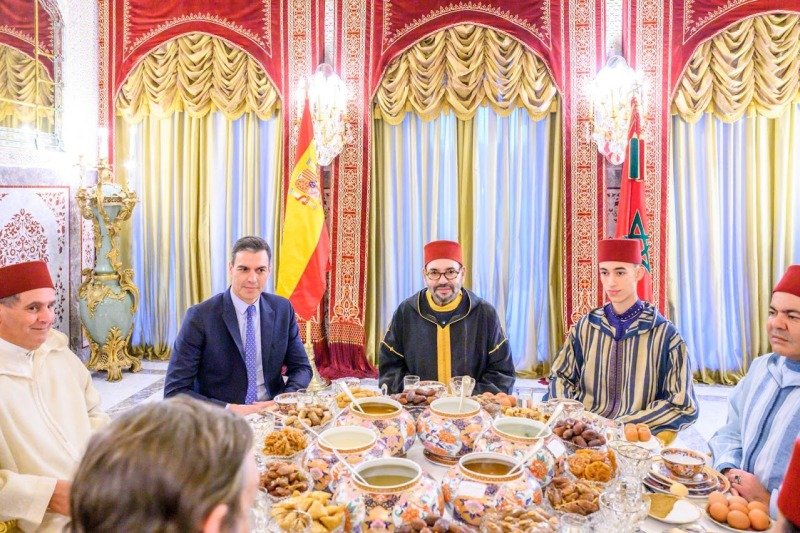 The King offers an iftar in honor of Pedro Sanchez King Mohammed VI, may God assist him, accompanied by Crown Prince Moulay El Hassan and Prince Moulay Rachid, offered, on Thursday, at the Royal Residence in Salé, an iftar in honor of Pedro Sanchez, President of the Spanish Government .

Took part in this iftar, on the Spanish side, the Minister of Foreign Affairs, European Union and Cooperation, José Manuel Albares, and the Spanish Ambassador to Rabat, Ricardo Diez-Hochleitner, and on the Moroccan side , the Head of Government, Aziz Akhannouch, the King’s Advisor, Fouad Ali El Himma, and the Minister of Foreign Affairs, African Cooperation and Moroccans Living Abroad, Nasser Bourita.