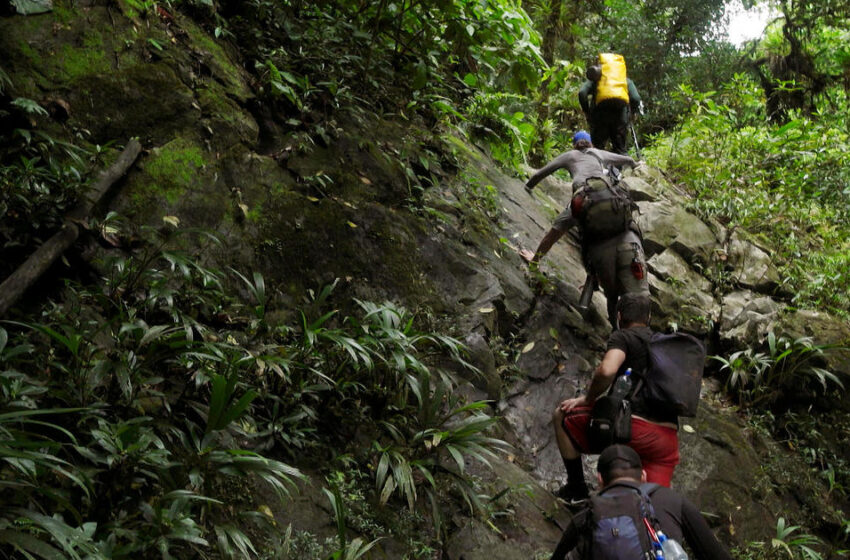 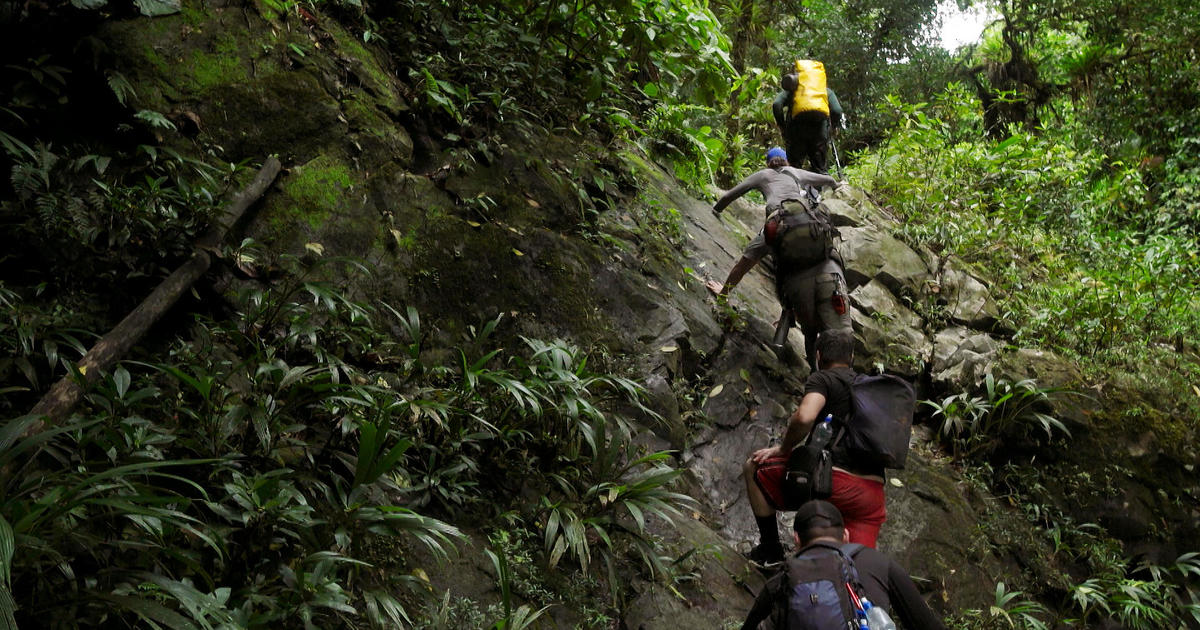 The border of Colombia and Panama is draped in a 60-mile stretch of virgin jungle — the only break in 19,000 miles of highway that connect Alaska with Ushuaia. That jungle is known as the Darien Gap, and from the moment I’d first heard about it, I’d been mystified by it. This documentary finally brought me to the trailhead.

It’s a fabled, legendary no-man’s land that’s flummoxed the most storied adventurers, members of the American military, and legions of would-be migrants. I’m traveling of my own volition, but for others, this is a journey of the direst necessity.

Migrants arrive here with relative ease, due to lax immigration policies in certain South American countries, and begin a trek to the United States.

Under green canopy, they cross illegally from South into Central America. Other options (boat, plane) are far easier but heighten the risk of capture and deportation. Those who survive the overland route seem to be granted more mercy, and continue northward.

The night before we hit the trail, the bugs are out biting, the air is thick with moisture. I slump into a hammock, urging my body to surrender to exhaustion and anxiety. I look over at Shahab, who stares heavily into the candles, pin pricks of light in the dark.

In the morning, Shahab will follow the footsteps of many thousands before him. He’s Iranian by birth, and speaks better Spanish than English, having spent several years in Venezuela. He wants to reach the U.S.

As morning breaks, the smugglers scramble around the safehouse, preparing for another routine journey. For a few hundred dollars, they guide migrants through this notoriously difficult no-man’s land. They’re eager to set out.

The rivers are our real guide through the jungle, at least a week’s trek from here so we follow them.

Augustin, one of the smugglers we follow, says “The Darien Gap is… very dangerous. Because there are many hills, many rivers… many snakes, many jaguars. I’ve seen many people die. Not just one. Many.”

There are also violent paramilitary groups that control the drug smuggling corridor that runs parallel to the migrant routes.

Migrants as old as 70 and as young as infants have entered this jungle, never to emerge, and the trails are surprisingly well-worn – showing how many people are willing to ply the path.

We trudge along in heavy, uncomfortable Wellington boots, which we were advised to wear to protect our legs from venomous snakes, but more importantly to keep our feet dry from the shin-deep water. That doesn’t work. Along the way, we see the point at which frustrated travelers cut the tops off them.

Within 30 minutes of setting out each morning, we’ve usually entered waist-deep water.  Soon, our wet, shriveled and blistered feet are impossibly painful. But we’re still better off than most. Our fellow hikers are in cheap sneakers, and often only have one pair of shoes. We shouldn’t complain.

Our backpacks are packed full. We’ve got three cameras, enough batteries to allow us to operate all three cameras for 2 weeks. Memory cards, backup drives to seal and secure our memories. Sat phones. And food.

Out goes the ‘unnecessary” weight.  Toilet paper, ‘extra’ underwear, hand sanitizer. Some of the trail mix has gotta go as well.

As I check my satellite tracker and ping home base in NYC, a group of migrants catch up to us. I pull my phone out, polish off an energy bar and feel like an asshole. I look over at these guys, who’ve got their entire lives on their backs, while I appear to be on a summer camp romp through the jungle.

But for the next couple hours, the joke’s on me. All that weight is killing me. We’re summiting and scaling hills like mountain goats, huffing and puffing. We take a few breaks along the way, but we’ve got to beat the coming storm.

One of the things that makes Darien Gap so dangerous for migrants, aside from the untamed wilderness, is the rain. This is one of the wettest places in the world and when it closes in, it basically stops everyone down in the camp for awhile.

The jungle can mess with your head. It becomes hard to distinguish between hours, and soon even the days merge together. It’s an agonizing, repetitive cycle of eating, hiking, crossing rivers, setting up camps…. stopping only when we get too hot, too wet, or too hungry.

For some, the mind games are too much. According to Augustin, “People go in circles like a snail and they never make it. And many have come here like that and have never made it.”

I come upon a heap of trash along the journey. Food, cans of tuna, cans of sardines, energy drinks, bottles of water. Clothing.

As people get more and more fatigued, every ounce of clothing on their backs, weighs them down and people just start stripping off. Here, trampled in the mud, you can see the desperation in the journey. The hardest thing though is seeing children’s clothing.

Seven days in, the group around us are emboldened and energized by their swelling numbers. They know they’re near the end of their journey. There’s a series a wide river crossings ahead, but they wont be deterred, and for the next four hours, we crisscross the Darien’s rivers.

One more night to camp. The prospect of finishing our trek makes it nearly impossible to fall asleep.

We finally reach a point where the rivers are navigable, so the last leg of the journey out of the Darien involved getting on a boat. Heading to the first, tiny village, where immigration awaits.

For us, it’s the end of the road. We pack up and prepare to go home and edit. The others must now present themselves to Panamanian immigration officials in the hope of being allowed safe passage through the country to the border with Costa Rica.

In the first half of 2017, more than 38,000 migrants passed through Central America and registered with Mexican authorities. And for a large number of those, this is how it started. Under the canopy, in the sweltering heat of the Darien Gap.