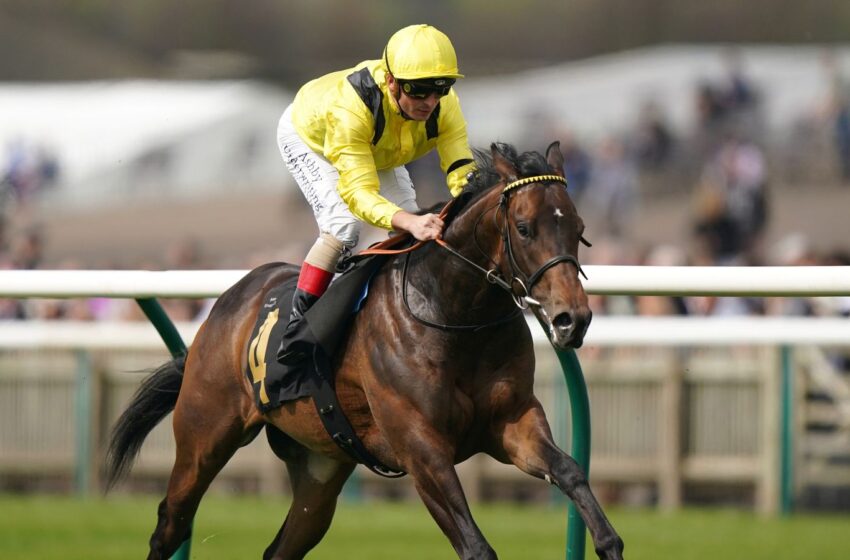 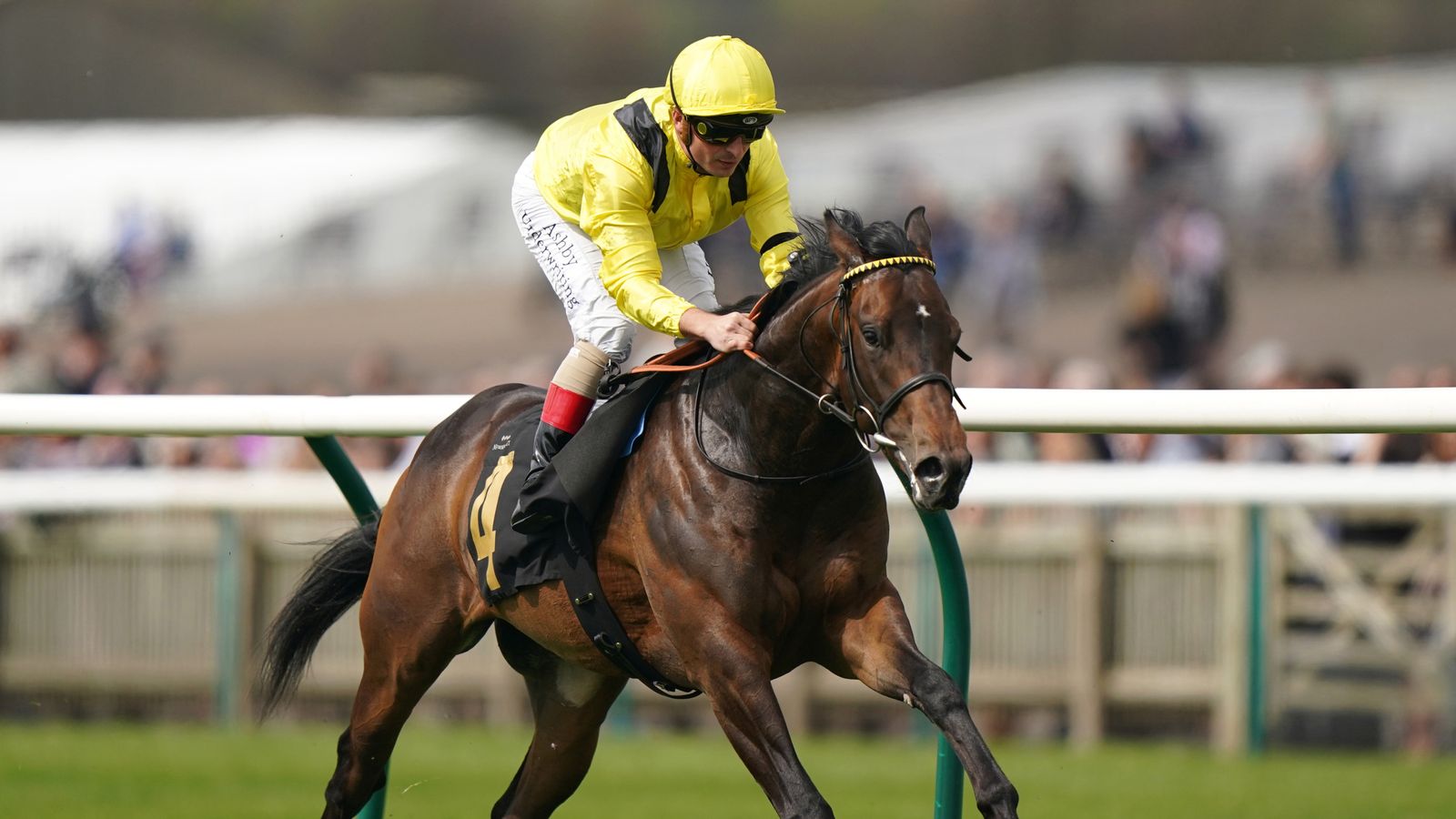 Roger Varian could have a Royal Ascot contender on his hands with Tajalla, who looked the consummate professional when recording a bloodless victory on debut to take the bet365 British EBF Novice Stakes at Newmarket.

The Kessaar colt put the race to bed in a matter of strides when shaken up by Andrea Atzeni and showed a good attitude as he galloped all the way to the line.

It is unusual to see the Carlburg Stables handler running his two-year-olds so early in the campaign, but Varian suggested the 11-8 favourite has always been ahead of the string and is one they have high hopes for this season.

“He’s always looked a natural, we wouldn’t normally have too many out in April, but he’s been very forward for a while.

“I thought he was a little green today, green in the prelims and green in the race, but once he hit the rising ground I thought he quickened up very smartly and I’m very pleased,” said the trainer.

Paddy Power priced the winner up at 14-1 for the Norfolk Stakes and that is a possible destination for his exciting youngster, with Varian suggesting he is in no rush to move up in trip.

“There’s no rush to step up in trip, he’ll be quicker and sharper for the run today and he didn’t look slow. You’d just like to hope he’s an above-average early-season two-year-old.

“He’s bred for speed and bred to be a two-year-old. We’ll see how he comes out of this and I don’t think he needs to go beyond five furlongs for the moment, he’s an exciting juvenile and I hope he’s the type of horse that gets us to Royal Ascot,” added Varian.

Another horse who could have a date with Royal Ascot is Charlie Hills’ Tuscan, who flew home up the stands side to claim the bet365 British EBF Conditions Stakes.

The John and Jess Dance-owned Churchill colt bounced back well from a disappointing outing in Listed company in the autumn and the Jersey Stakes could be an option for the three-year-old, who struck at 11-2.

“He’s a real tough, genuine horse and maybe his experience has won him the race there. They’re good horses we’ve beat and that’s his first run of the year so it’s an encouraging start.

“He hated the ground at Pontefract (in October) and it was nice to get some fast ground today.

“He’ll probably get a mile although we may stay at this trip. So we’ll probably try to find a Listed race, maybe the King Charles on Guineas weekend and then the Jersey Stakes could be the races we look at,” said the winning trainer.

Out From Under finally got a ‘one’ next to his name when taking the opening Alex Scott Memorial Stakes.

The Roger and Harry Charlton-trained colt was somewhat unlucky in his two-year-old season, demoted in the stewards’ room having crossed the line in front at Ffos Las and then beaten a nose on his final start of the season at Redcar.

There was nothing left to chance this time though, with Richard Kingscote travelling strongly into contention off a moderate pace and putting the race to bed in clinical fashion inside the final furlong.

Harry Charlton said: “It’s nice to get the win having lost a few in the stewards’ room last year.

“He could be one for the Silver Bowl Handicap at Haydock, up a furlong, a quick mile, something like that, a nice prize. But there are no specific plans.

“He’s bred to stay a bit further than this but he’s a strong colt, so we wanted to start at seven, when he could have got a mile. Whether he stays beyond a mile we’ll see.”

The winner was bred by co-owner Luca Cumani and when asked what it was like training for such a renowned name in the sport, Charlton conceded he did feel a few nerves to finally get a win on the board with Out From Under.

“Now that was a bit different, Sara (Cumani) was down two weeks ago and the cleaning of the boxes was like preparing for a royal visit,” he added.