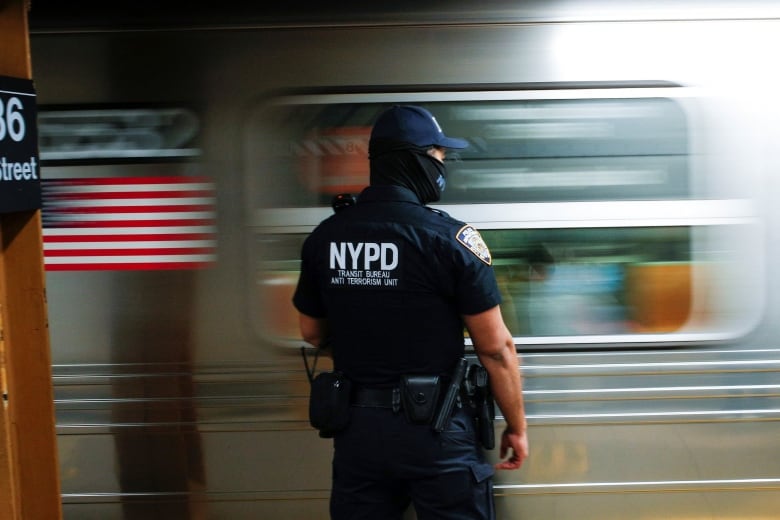 A man who posted numerous social media videos decrying the U.S. as a racist place awash in violence and recounting his struggle with mental illness was arrested Wednesday afternoon, a day after an attack on a subway train in Brooklyn left 10 people wounded by gunfire.

Police had initially said Tuesday that James was being sought for questioning because he had rented a van possibly connected to the attack, but weren’t sure whether he was responsible for the shooting. Mayor Eric Adams said in a series of media interviews Wednesday morning that investigators had upgraded James to a suspect, but did not offer details beyond citing “new information that became available to the team.”

The gunman set off smoke grenades in a crowded subway car and then fired at least 33 shots with a nine millimetre handgun, police said. Five gunshot victims were in critical condition but all 10 wounded in the shooting were expected to survive. At least a dozen others who escaped gunshot wounds were treated for smoke inhalation and other injuries.

That key led investigators to James, a New York City-area native who had more recent addresses in Philadelphia and Wisconsin.

Federal investigators determined the gun used in the shooting was purchased by James at a pawn shop — a licensed firearms dealer — in the Columbus, Ohio, area in 2011, a law enforcement official said

Trying to discern a motive

Investigators believe James drove up from Philadelphia on Monday and have reviewed surveillance video showing a man matching his physical description coming out of the van early Tuesday morning, the official said. Other video shows James entering a subway station in Brooklyn with a large bag, the official said.

“I said, ‘God, everything is in your hands,”‘ Jacques said. “I was antsy, and you can imagine why. Everybody is scared because it just happened.”