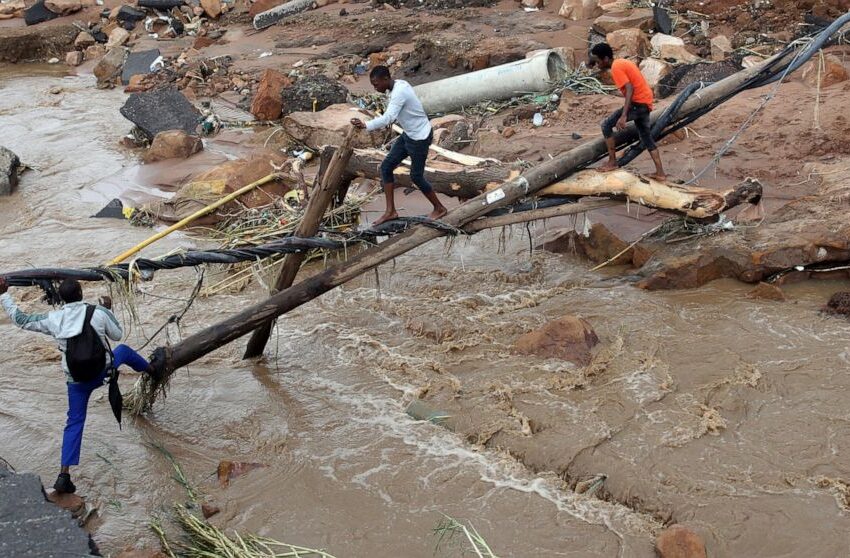 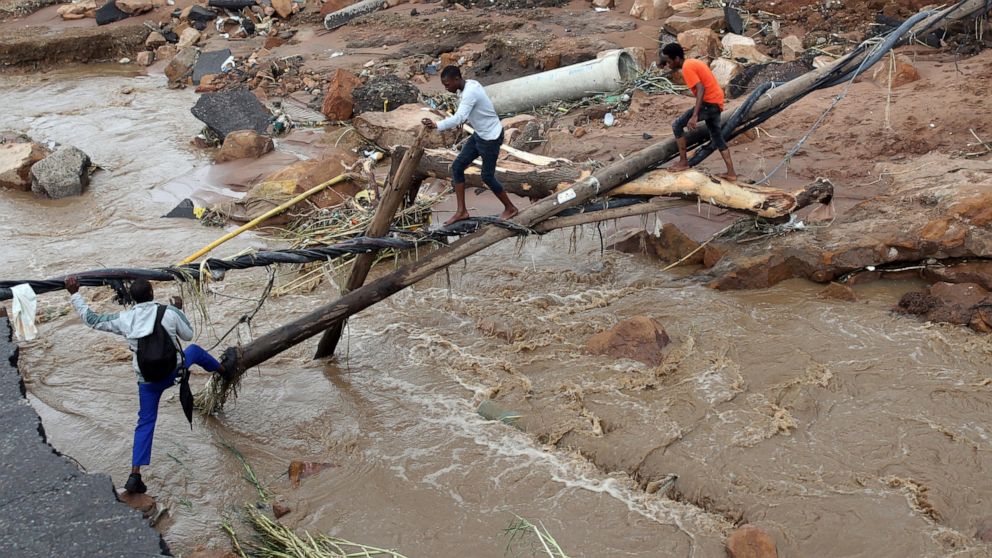 JOHANNESBURG — Prolonged rains and flooding in the Durban area of South Africa have claimed the lives of at least 45 people, damaging the port, major highways and surrounding areas in KwaZulu-Natal province, according to local officials.

South Africa’s military has been deployed to Durban and the surrounding eThekwini metropolitan area on Tuesday to assist with rescue operations as residents flee flooded areas.

Some people have been swept away by surging waters, say officials. Durban port, the largest and busiest shipping terminal in sub-Saharan Africa, has been inundated with floodwaters that carried away shipping containers and left them in a jumbled pile.

Authorities are providing shelter for several hundred people whose homes and possessions were washed away by the floods and technicians are working to restore electricity to areas where power had been knocked out.

Emergency services have for several days been responding to urgent calls for help from people stuck in their houses but the number is beginning to decrease, emergency services spokesman Robert McKenzie told The Associated Press on Tuesday.

“There are still cases of collapsed buildings where operations are still continuing,” he said.

“Most of our power stations have been flooded and our teams are working hard to restore power to the affected areas,” Moxilisi Kaunda, mayor of the eThekwini metropolitan municipality, told a press briefing Tuesday.

“Our teams are on the ground to try and return the situation to normalcy,” he said. “We continue to assess the damages, we cannot be sure of the extent of the damages at the moment.”