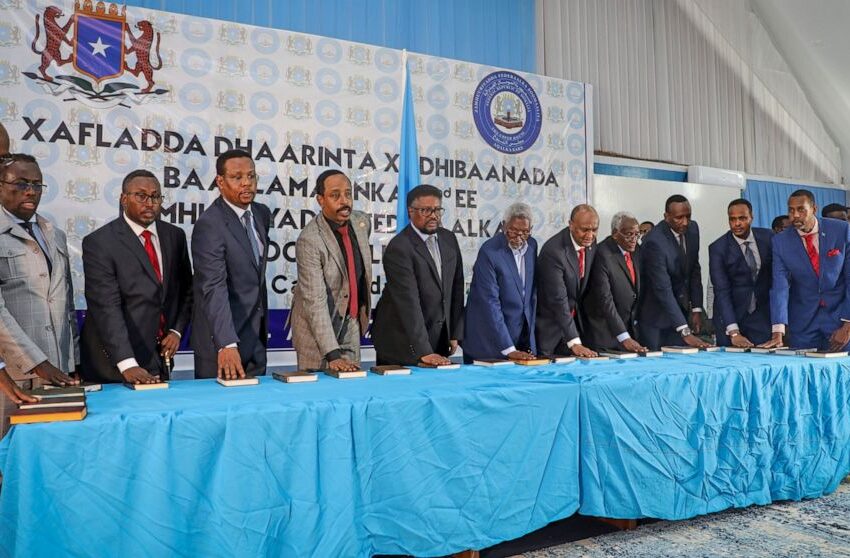 Somalia swears in lawmakers in step to choosing new leader 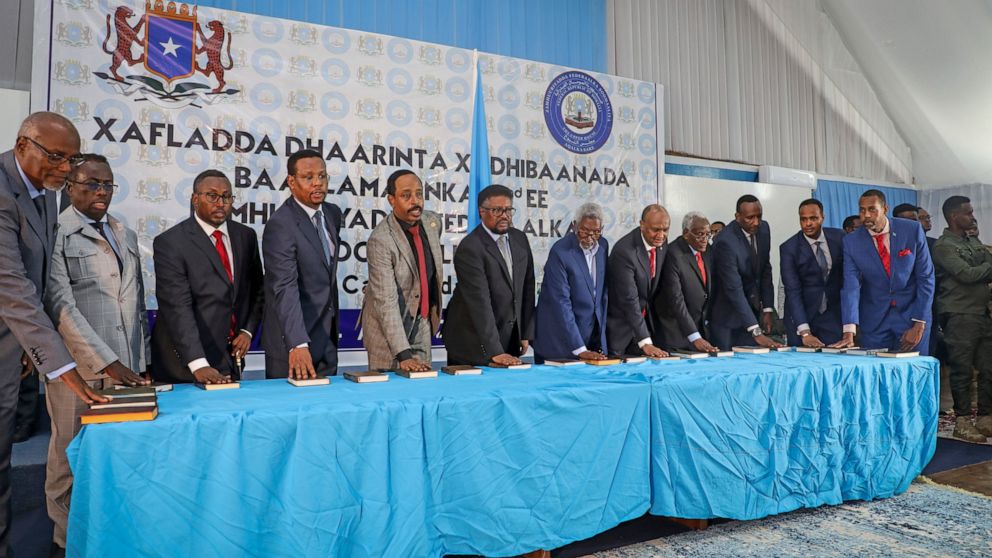 Dozens more legislators are yet to be selected and sworn in.

Later the lawmakers will elect speakers and deputies for both parliamentary chambers before they sit to choose a new president.

“We are observing a new set of parliamentarians taking over from others. I want to take this opportunity to congratulate parliamentarians who have been sworn in today. This is a huge responsibility assigned on you by your constituents, and it is a vote of confidence,” said Prime Minister Mohamed Hussein Roble.

Hussein Sheikh Ali of the Mogadishu-based research group Hiraal Institute said the inauguration of lawmakers “marks a great relief day for all Somalis and (the) international community who invested in Somalia to move forward.”

Somalia’s parliamentary and presidential polls were delayed for more than a year amid political turmoil after President Mohamed Abdullahi Mohamed’s mandate expired in Feb. 2021 without a successor in place.

The delay raised political tensions and the threat of violence in a country prone to attacks by Islamic extremists who oppose the federal government.

Al-Shabaab claimed to have thrown mortar shells targeting the area where the lawmakers were being sworn in on Thursday. Authorities didn’t say if anyone was hurt.