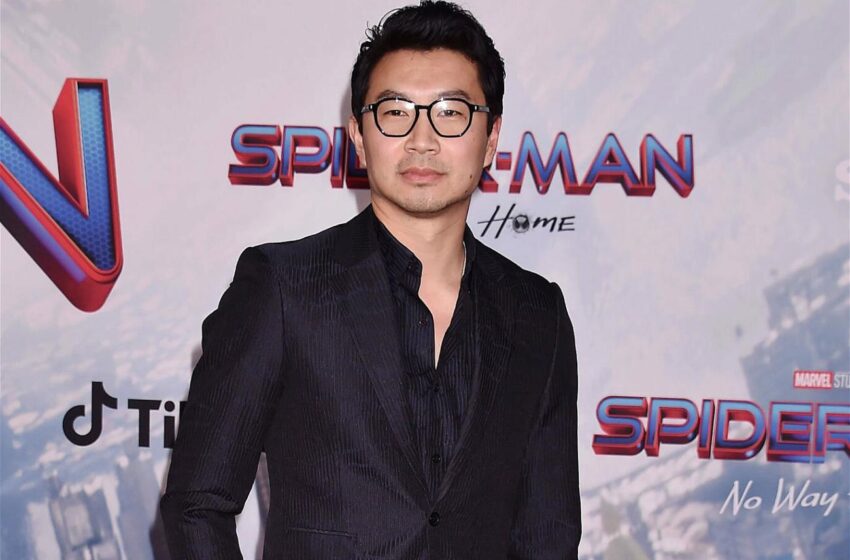 Marvel appears to have no intention of slowing down in adding additional films to Phase Four of its Cinematic Universe. While the media behemoths usually chose to release superhero films for the MCU, in recent years, they have begun to weave in series to help convey their many-layered plotlines.

Based on this, Marvel recently premiered their “Moon Knight” series, which follows an anti-hero who is possessed by an ancient God. Since its premiere, the series has garnered overwhelmingly positive reviews, with critics praising the performances of Oscar Isaac, Steven Grant, and Ethan Hawke in particular.

However, another Marvel veteran, Simu Liu, has stated that while the actors provided a fantastic performance, Hawke, who portrayed the villain, was incorrect in his usage of Mandarin.

Liu remarked on a moment from the episode “Summon the Suit” on his social media account, saying, “Alright Arthur Harrow needs to fire his Mandarin teacher.” In the referenced scene, Hawke’s character, Arthur Harrow, a religious cult leader, was seen having a deep conversation with Steven Grant, one part of Moon knight’s bipolar personality, as they walked down a crowded street.

YES. EXACTLY. @MarvelStudios what happened here? 😭 What is this?? 🤡 pic.twitter.com/Yb9IwBSshJ

On the way, the two encountered Jamila (Miriam Nyarko), one of his fervent followers who gave Harrow a spherical leather ball. Harrow also passes the ball to her, offering to challenge her, with Jamila then joking that he would lose the contest. Harrow threw back a playful retort, all of these apparently stated in Mandarin.

For unsuspecting viewers, the butchering of the language during the brief scene might have easily gone unnoticed. However, Liu, who is fluent in Mandarin and English, was appalled at the poor representation of the language on such a huge Marvel project.

While Liu jokingly slammed Hawke’s character for his horrible depiction of Mandarin, fans who were acquainted with the language also got in on the fun, sending in comments that hilariously pointed holes in the infamous scene.

One fan said, “I couldn’t understand a single word and the only reason I knew it was Chinese was them mentioning it /subtitles saying it’s mandarin.”

Another follower added, “As someone who has been studying Mandarin for a good while, I was incredibly confused watching that scene. That wasn’t Mandarin, which is weird because the MCU did a good job with Mandarin in Shang-Chi.”

On the other hand, another fan joked that Hawke had to learn numerous languages for the series, which might have made it impossible for him to focus all of his attention on learning how to pronounce the Mandarin phrases properly.

“Moon Knight” follows the story of Marc Spector, a Jewish-American mercenary with dissociative identity disorder (DID) who becomes the Egyptian moon deity Khonshu’s avatar. He is constantly torn between two identities: Steven Grant, an unassuming salesperson suffering from blackouts and recollections of another life, and Mr. Knight, Grant’s identity when he is Khonshu’s avatar.

While past Marvel series releases like “Loki,” “WandaVision,” and “Hawkeye” focused on the action thriller aspect of their characters, “Moon Knight” leans more towards the psychological thriller realm than previous standard superhero material.

Furthermore, it is the first Marvel show to bring a brand-new hero to the MCU without relying on the success of previous films, as Disney continues to make attempts to create content for its streaming channel, Disney Plus.

How ‘Moon Knight’ Has Fared So far

Fans who have seen the first two episodes can easily notice that “Moon Knight” is venturing into entirely new terrain rather than relying on the present mythology built by more than a decade of interconnected plotlines in prior Marvel films.

However, more episodes would need to be released for the series’ fundamental goal to be revealed and further play out the interactions between the protagonist and antagonist.

While “Moon knight” already appears to be doing well on its own, it will be interesting to see how the titular anti-hero, Moon Knight, interacts with other Marvel characters in the future since the showrunners previously stated that the figure would link up with other superheroes in the MCU phase four.

The next episode of “Moon Knight” will be broadcast on Disney Plus on April 12, with successive episodes following at one-week intervals until the season finale on May 4.