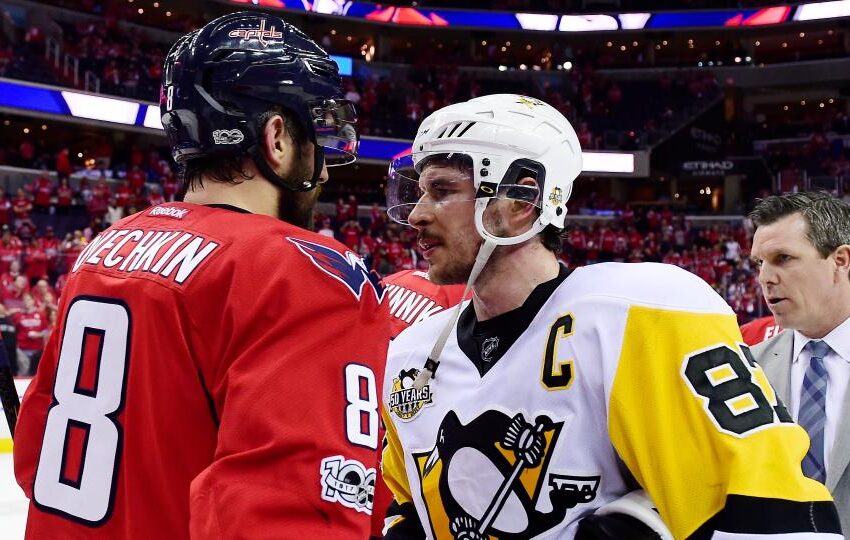 Sidney Crosby vs Alex Ovechkin: Key stats you need to know in the heated debate between hockey superstars

One of hockey’s greatest rivalries is set for Saturday on national TV when Sidney Crosby goes head-to-head once again with long-time foe Alex Ovechkin.

Ovechkin and Crosby were selected with the No. 1 picks in the 2004 and 2005 NHL Drafts, respectively, but both came into the league at the same time. It made for an immediate rivalry with the two seen as the future faces of the NHL. It also helped that their teams played in the same division.

Seventeen years later and the rivalry is still burning. Crosby and Ovechkin remain two of the league’s most elite players, and both the Penguins and Capitals expect to be in the postseason that starts next month.

Pittsburgh earned a win in the first contest of the season, but Washington has taken the last two games. Both clubs are fighting for a prime playoff position.

Here’s a closer look at where the debate stands between two of hockey’s greatest players.

The two No. 1 picks have played against each other 61 times in their career during the regular season.

The Penguins superstar has 24 more points than Ovechkin in career head-to-head matchups, averaging 1.377 points per game in comparison to Ovi’s 0.984. While the Capitals star has three more goals, Crosby has dished out almost twice as many assists as Ovechkin has. Crosby has come clutch in those contests, with three game-winning goals in games against the Capitals. 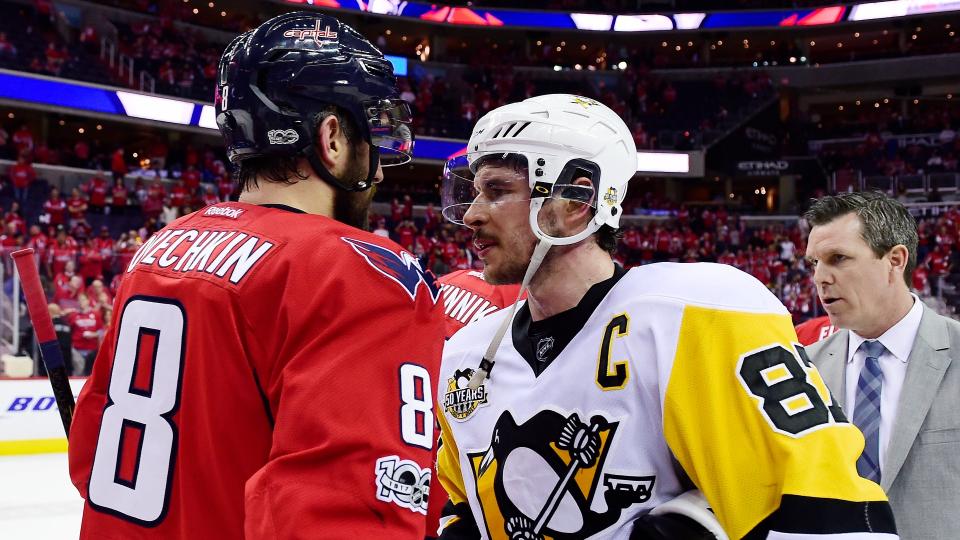 Since Crosby and Ovechkin entered the league, the Penguins and Capitals have met four times in the playoffs. The two have played every one of those games except for one. Crosby missed Game 4 of the playoff series in 2017 with a concussion but returned for Game 5.

The first three playoff series (2009, 2016, 2017) all swung the Penguins’ way, creating a narrative that Crosby and the Pens were the Achilles heel of Ovechkin and the Capitals. To rub it in more, Pittsburgh went on to win the Stanley Cup in all three of those postseasons.

However, Washington finally got the better of Pittsburgh in 2018, taking down Pittsburgh in the second round on the way to their Stanley Cup win.

Shifting towards the two’s entire career, it’s pretty neck-and-neck. Despite the fact that the two have racked up their points in opposite ways, only four points separate the two greats.

As expected, Ovechkin has the lead in goals by a large margin. He’s scored 261 more goals than his counterpart, however, Crosby owns 257 more assists.

What gives Crosby the edge is he’s kept up with Ovechkin despite playing less than 150 games than him. Crosby has dealt with injuries his entire career ⁠— he’s only played a full 82-game season once and at least 80 games five times in 17 seasons. As a result, Crosby has a much higher points-per-game rate, recording 0.17 more points per game than Ovechkin.

Let’s get a little nerdy, shall we?

Advanced stats have become a greater part of determining player’s values. Unfortunately, not all of them have been around for the entirety of Crosby and Ovechkin’s careers, so not all of them may be valid.

For example, expected goals for (xGF) and expected goals against (xGA) only began getting tracked in 2014-15, so that statistic is only good for the last eight seasons.

However, we can still use Corsi For and Fenwick For percentages, which are tools used to determine how often a team possesses the puck when that player is on the ice. PDO is used to figure out the team’s shooting percentage and save percentage when that player is on the ice and point shares is a value that is similar to baseball’s win shares, determining how much a player’s individual contributions affect a team’s success.

There are a number of similarities in the two player’s analytics, but the one that stands out the most is Ovechkin’s point shares. It’s a lot higher than Crosby’s, which is surprising given how close the two are in points.

Both Crosby and Ovechkin have quite a lot of playoff experience, but it’s the Penguins captain that has more points under his belt thanks to more games played.

After missing the postseason in his rookie season, Crosby and the Penguins have made the playoffs every season since. Crosby has participated in every one except for the 2010-11 postseason as he was sidelined with a concussion. The Penguins’ runs to the Stanley Cup have helped Crosby’s playoff point total, as 77 of Crosby’s 191 playoff points came in the Cup-winning seasons.

The Capitals did not qualify for the postseason in Ovechkin’s first two seasons but have been in every one since, except for 2013-14.

Advanced stats haven’t been tracked for all of these two’s careers and may not have been tracked in the postseason. As a result, we’ll just use Corsi For %, Fenwick For % and PDO, which the two are as close as you can get in all three categories.

When it comes to the hardware, both sides have plenty of awards in their case.

Each owns multiple Hart Trophies and Ted Lindsay Awards, as well as having at least one Conn Smythe. Ovechkin has a large edge in Rocket Richards, but only Crosby has won the Art Ross. Both have multiple All-Star and NHL First All-Star Team selections. Ovechkin beat out Crosby in 2005-06 for the Calder Trophy as Rookie of the Year.

But when it comes to the biggest and ultimately most important trophies, Crosby has won three Stanley Cups to Ovechkin’s one, in addition to owning two Olympic gold medals to Ovechkin’s none. It’s hard to argue against championships and that’s something that Crosby has the edge in.