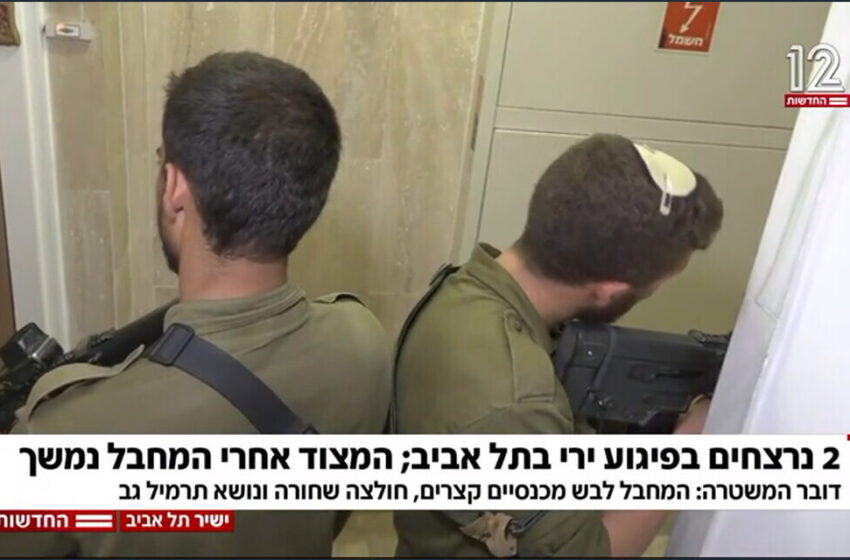 In a joint statement on Friday, the Israel Police, Israel Defense Forces and Shin Bet security agency lashed media outlets for their sensationalist coverage of a terrorist attack in Tel Aviv the night before.

A terrorist opened fire on a bar in Tel Aviv on Thursday night, killing three and wounding over 10, before fleeing the scene. Hundreds of security personnel searched for the attacker for hours before killing him in a shootout in the neighboring city of Jaffa.

During the manhunt, television news crews tagged along with troops as they searched buildings, streets and alleyways, broadcasting the scene live.

“Some media outlets turned the pursuit of the terrorist into a reality show, without censorship or self-criticism,” the statement from the security forces said.

“The media broadcast what was happening live, the footage of the pursuit of the despicable terrorist was broadcast without any filters, to every home in Israel, and unfortunately also to the enemy,” the statement said.

The letter accused TV outlets of exposing the faces of soldiers in special units, their methods of operation, weapons and equipment.

The statement also said officials see a “worrying” rise in the sharing of “unfounded information, some of which is entirely false.” After the attack, rumors ran rampant on social media and messaging applications.

The statement said the various security bodies will also work to improve their conduct at scenes of security incidents.

Two Israeli soldiers are seen during a Channel 12 news live broadcast, during a manhunt for a Palestinian terrorist in Tel Aviv, April 7, 2022. (Screenshot: Channel 12 news)

The letter came after the governmental body that supervises and regulates commercial media held an emergency session Friday following sharp criticism of some outlets’ coverage.

The Second Authority for Television and Radio said its Friday meeting was made at the request of Communications Minister Yoaz Hendel in light of “the unusual and harmful media coverage during last night’s attack.”

The authority said in a statement that it would make recommendations for media conduct to prevent potentially endangering security forces or civilians during security incidents.

Hendel said “there are many lessons to be learned” from the way media outlets handled their coverage of the attack.

“The public’s right to know is a superior value, but it does not outweigh the right of security forces personnel to carry out their actions safely and professionally,” said Eden Bar Tal, the Second Authority’s chairman. “Wherever human life is at stake, caution and responsibility must be exercised.” 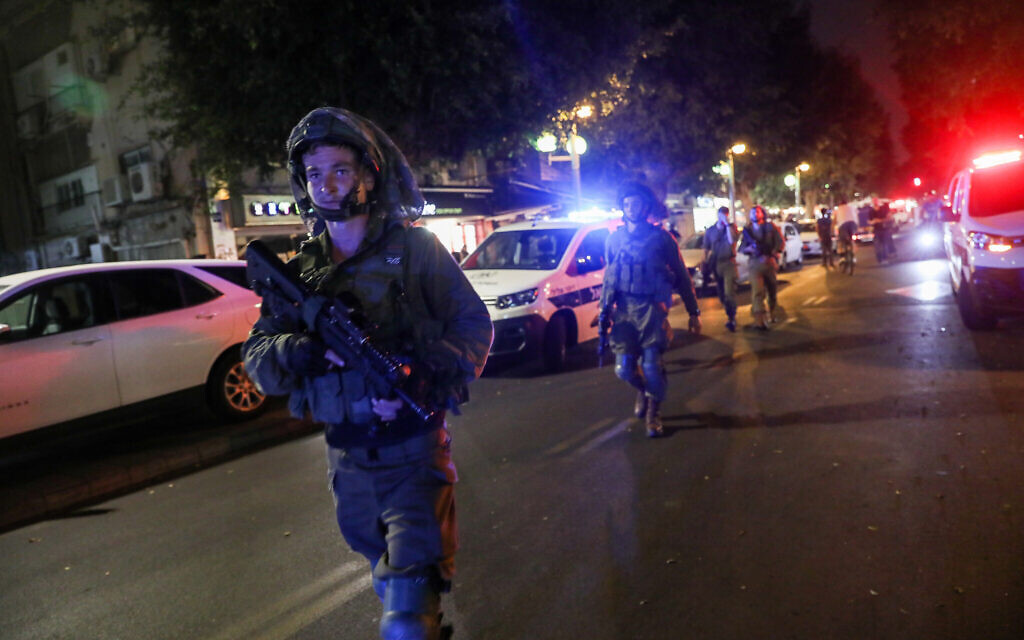 “Do not sow unnecessary panic in the public. This isn’t a reality show, but our life,” Bennett said.

Police were reportedly furious with the army for allowing reporters to tag along during the searches. The IDF said in response that it had not issued permission to anyone to film the operation.

Police repeatedly attempted to move reporters and other civilians away from hotspots during the search, apparently for their safety and to allow security forces to operate more freely.

The manhunt, which lasted for nearly nine hours, included at least 1,000 police and Israel Defense Forces reinforcements combing the area for the attacker. IDF special forces, including teams from the Sayeret Matkal and Shaldag units, were deployed to the city to help with the efforts.

A source in one of the units told the Ynet news site that during the broadcasts “lots of details” were revealed on how the unit operates, and the faces of some soldiers, which are meant to remain a secret. “The enemy is also learning,” the source said.

Channel 13 news said it would “formulate a new code for broadcasting in serious security incidents,” according to Army Radio. There was no immediate comment from Channel 12.

Channel 12 news in particular came under fire on social media after its correspondents and camera crew followed soldiers as they searched buildings and alleyways in Tel Aviv, standing inches away from troops with loaded guns, as the terrorist remained on the loose. The network also reported live on the addresses of the buildings being searched.