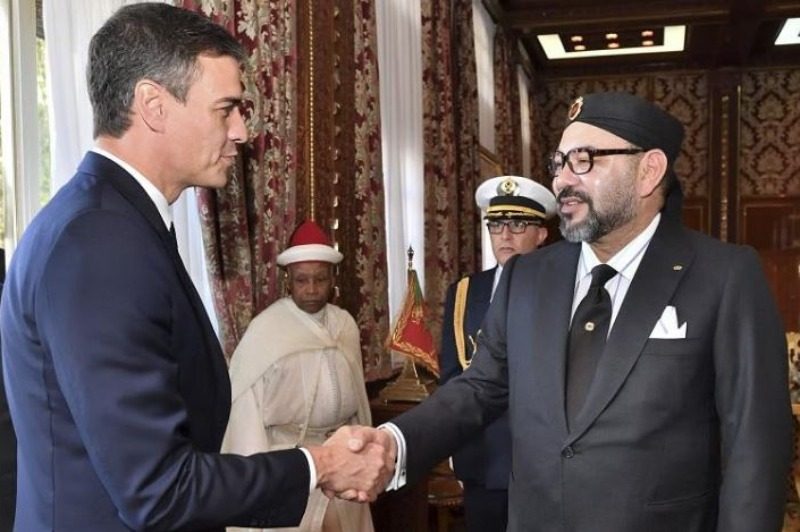 Sanchez in Morocco: The presidency of the Spanish government communicates on its program The head of the Spanish government, Pedro Sanchez, expected Thursday in Rabat, for an official visit marking the beginning of an “unprecedented” stage in Morocco-Spain relations, must meet King Mohammed VI for a bilateral meeting of at least one hour, according to the presidency of the Spanish government. Before the royal invitation, the two countries had gone through a period of diplomatic cold lasting nearly a year.

The Presidency of the Spanish Government has indicated a provisional and provisional program for Pedro Sanchez’s visit to Rabat. The document to which MoroccoLatestNews FR has had access, underlines that the program, which may be subject to possible modifications, provides for a welcoming ceremony for Pedro Sanchez upon his arrival in Rabat on Thursday afternoon and a bilateral meeting with King Mohammed VI which should take place before the ceremony of Iftar (breaking the fast) and dinner.

The same source also indicates that there could be a “communication” from Pedro Sanchez to the media, without specifying whether it will take place before or after Iftar.

The Minister of Foreign Affairs, José Manuel Albares, who accompanies the President of the Executive during the visit, had previously underlined the importance of the invitation to the ceremony of breaking the fast, specifying that the custom is to invite friends and family.

For this reason, he argued, this invitation is a sign of friendship to open a new stage in the bilateral relationship. As a reminder, Morocco and Spain went through a large-scale and unprecedented diplomatic crisis for almost a year.

The crisis was triggered by the reception in Spain behind the back of Morocco, of the leader of the separatist militia of the Polisario, with the complicity of Algeria. Morocco recalled its ambassador following this serious incident which could not be explained by the Spanish side.

Nevertheless, King Mohammed VI wanted to get out of the crisis with Spain while making this strategic partner understand what are Morocco’s interests and its red lines, including its territorial integrity.

After several months of dialogue between Rabat and Madrid, the Iberian neighbor finally assimilated Morocco’s position and this is how a letter signed by Pedro Sanchez addressed to King Mohammed VI came to explain a new Spanish position regarding the Moroccan Sahara. A position that supports the Moroccan initiative to resolve the regional dispute.