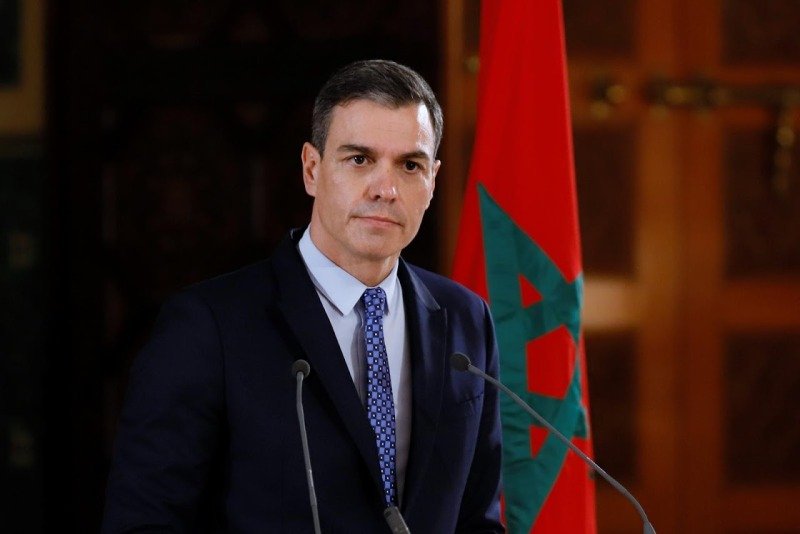 The President of the Spanish government, Pedro Sanchez, described Thursday evening in Rabat as a “historic moment” the new stage in relations between Morocco and Spain.

“Spain and Morocco are two neighboring countries, friends and partners, which explains the strategic nature of their bilateral relations”underlined the Head of the Spanish Executive during a press briefing, on the occasion of his visit to the Kingdom at the invitation of the Sovereign, noting that the consolidation of bilateral cooperation will be beneficial for the two kingdoms.

The interdependence between the two countries in all fields is an undeniable reality and it is the responsibility of the two governments to strengthen and strengthen the ties of friendship and the bilateral strategic relationship, he said.

The Spanish government wants the new stage of bilateral relations to be based on solid principles identified in a clear roadmap, which allows the management of issues of interest in a concerted manner within the framework of good neighborliness, far from unilateral acts, said he insisted.

Pedro Sanchez, in this sense, recalled that the audience granted to him by King Mohammed VI was an opportunity to discuss and define a new sustainable and ambitious roadmap that will guide this new phase between the two countries.

He also highlighted the joint declaration adopted at the end of his discussions with the King, in particular the new roadmap which includes several elements, including the full normalization of the movement of people and goods which will be restored in an orderly fashion. , the immediate and gradual restoration of maritime passenger links between the two countries until the opening of all frequencies and preparations for the Paso del Estrecho/Marhaba operation.

Pedro Sanchez also mentioned the upcoming meeting of the Hispano-Moroccan Permanent Group on Migration and the creation of other groups in the economic, energy, sports, cultural and infrastructure fields, among others.

The results of the activities of these working groups will be submitted to the High Level Meeting, scheduled before the end of the year, he said.

The two Kingdoms thus open a new page in their long common history which will make it possible to meet the challenges with serenity and to take advantage of the multiple opportunities for the future thanks to a close and mutually beneficial collaboration, he underlined. .

“We begin this new stage in the relationship between Spain and Morocco with hope and responsibility, because it will contribute concretely to guaranteeing the interests, stability and integrity of our two countries”concluded Pedro Sanchez.