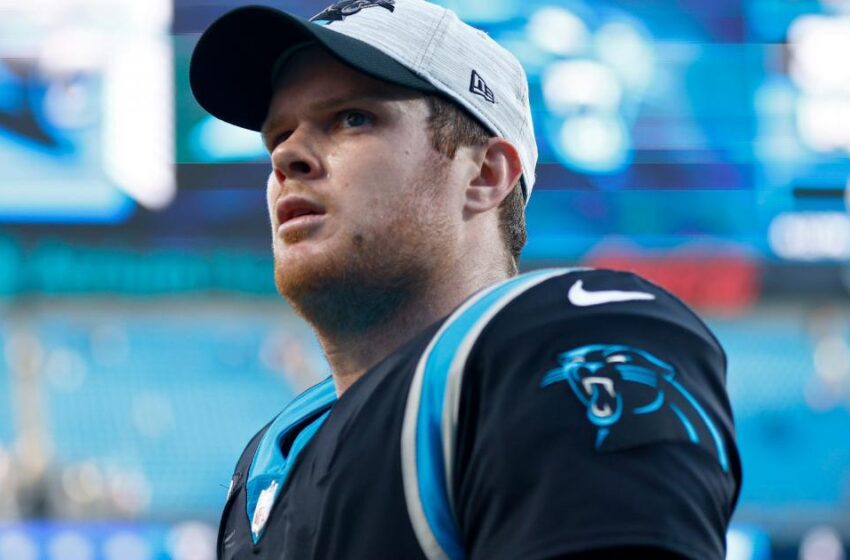 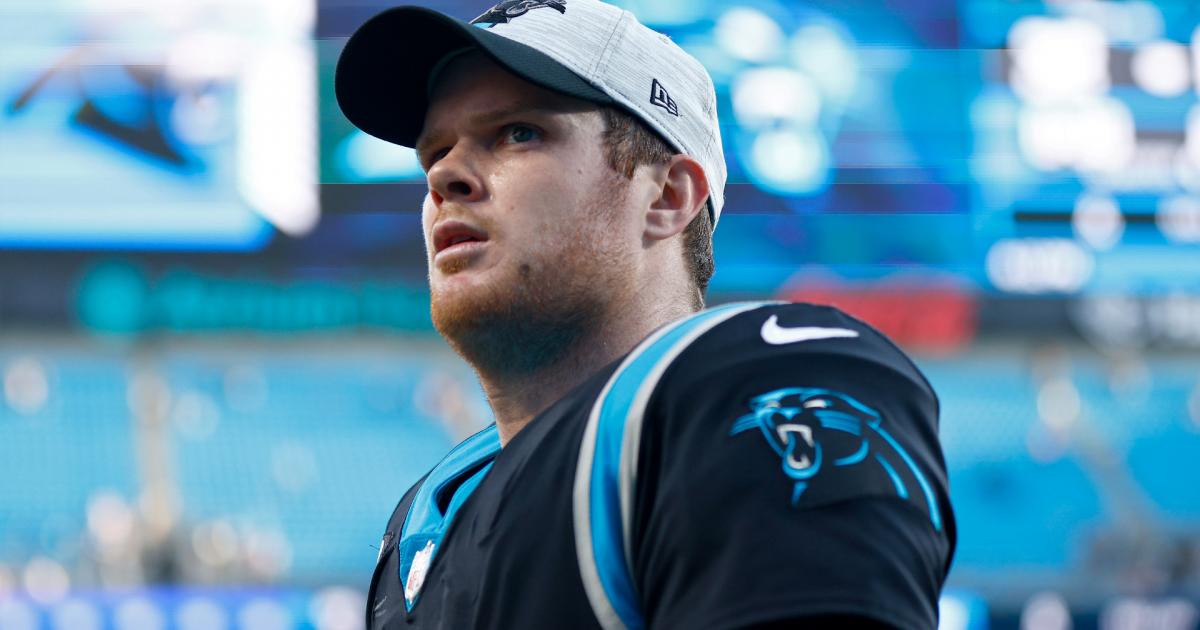 Sam Darnold knows a thing or two about making mistakes.

The Panthers quarterback had three middling seasons in New York wrought with turnovers and poor play before being traded to the Panthers in March 2021, after all.

While he had to overcome all sorts of obstacles — from a bad supporting cast to Adam Gase to mononucleosis — Jets general manager Joe Douglas made the ultimate decision to ship him to Carolina just over a year ago.

On a recent episode of “Bussin’ with the Boys” podcast, Darnold detailed his exit with the Jets, going as far to say that the decision for the Jets to move on from him was a bad one.

They were just like, ‘Hey, we gotta figure some stuff out.’ This was the exit interview right at the end of the season, so they don’t know anything. They might know what they want to do, but they don’t know exactly how they’re gonna do it. So they just tell me, ‘Hey, we’re gonna look at people in the draft and free agents and we’ll be in touch. So right when they said that, I was like, ‘OK, it’s a wrap.’

Lewan furthers the interview: “How did that make you feel when you heard all that?”

Darnold says he told Jets brass, “I was just like, ‘I think you guys are making a mistake.'”

The fifth-year quarterback started hot in 2021, going 3-0, but eventually came crashing back down to Earth, throwing nine touchdowns to 13 interceptions and dealing with another injury midway through the season.

The Jets, in turn, decided to draft BYU passer Zach Wilson with the No. 2 overall pick in the 2021 NFL Draft, who would have something of a Darnold-esque season himself in Year 1 one in New York. Wilson did flash towards the end of the season, giving New York at least a little bit of hope heading into 2022.

With Darnold’s status in Carolina up in the air, it looks like this is one “mistake” that the Jets won’t lose sleep over.