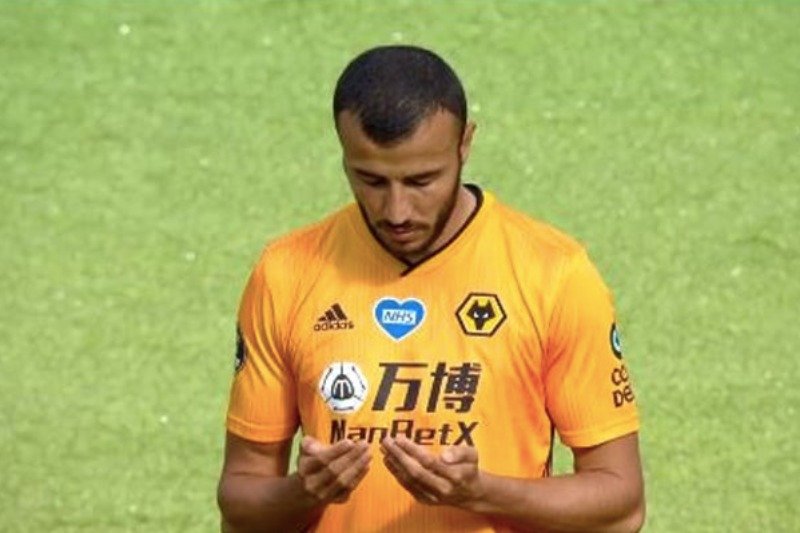 Practicing a high-level sport like football during the month of Ramadan can be a complicated exercise for many athletes, to say the least. Speaking on the subject, Romain Saiss, who plays for Wolverhampton, explained the importance of this month for him, while referring to the charter of Muslim athletes in the Premier League.

In an interview with Sky Sports News, Romain Saiss opened up about his faith, explaining what Ramadan means to him as a professional footballer.

“It’s really important for me, as a Muslim, it’s a good time to spend with your family and then also to improve your faith and your knowledge about Islam”, did he declare.

The Wolves defender did not fail to give his opinion on the Muslim Athletes’ Charter, signed by his club, which encourages the involvement of Muslims in sport. This means better access to halal food, places of worship as well as Muslim athletes being consulted on their denominational needs.

“It means a lot to a player like me and other Muslim players so we know we can have another food option, now we are training a bit later so sometimes we missed prayers so that’s good for me. ‘have a prayer room here to do it’he added.

Asked about the most difficult aspects of fasting, the captain of the Atlas Lions replied: “drinking, not drinking because we spend a lot of time on the pitch, working hard and even outside in the gym”.

“So I think it’s more the drink for me. I think it’s different for every player. The easiest thing to do is not to think about it, even if it is sometimes difficult”, he added.

“You can see, for example, the importance of food and drink. You can even teach your children, you can see that we don’t eat, we don’t drink. It’s really hard to imagine people struggling to eat every day. »he continues.

As a reminder, Saiss has attracted interest from many clubs across Europe, with the Wolverhampton player yet to sign a new contract before his current contract expires in the summer.

According to L’Equipe, clubs like Real Betis, Villarreal, Wolfsburg, Marseille, Lyon, Rennes and Strasbourg are all interested in signing the 32-year-old this summer.

While the captain of the Atlas Lions has still not signed a contract extension with Wolves, he is still part of the team coached by Bruno Lage, who relies heavily on him to nickname him the “Maldini from Morocco “.

The Moroccan international joined the West Midlands side in 2016 from Angers. With star midfielder Ruben Neves strongly linked with a move away this summer, Wolves must also ensure they keep Saiss at Molineux beyond this campaign.