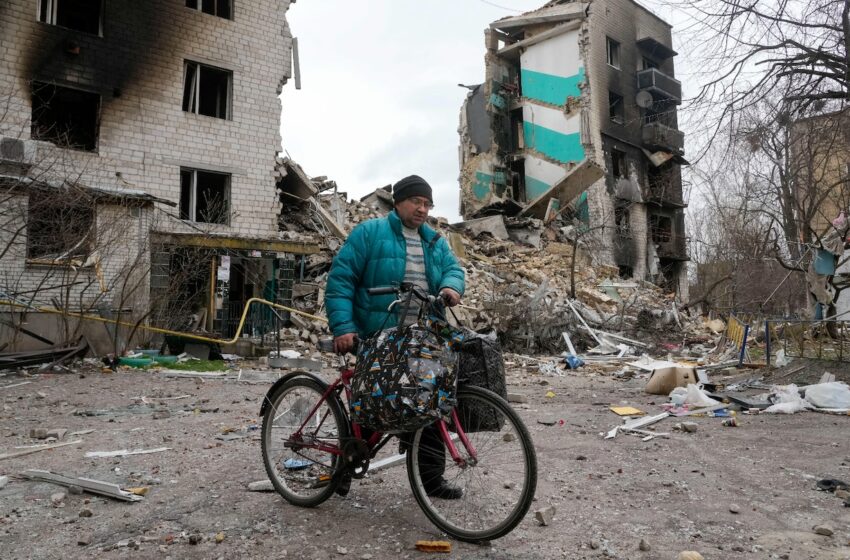 A report from Amnesty International published Thursday contains testimony from people in Ukraine who say they witnessed Russian forces executing civilians near the capital, Kyiv, in what the global human rights nonprofit called “apparent war crimes” that must be investigated.

The testimonies, collected by Amnesty investigators on the ground in villages and towns near Kyiv, including Bucha, Vorzel, Hostomel and Bohdanivka, reveal “that unarmed civilians in Ukraine are being killed in their homes and streets in acts of unspeakable cruelty and shocking brutality,” said Agnès Callamard, the secretary general of Amnesty International, in the report.

“These deaths must be thoroughly investigated, and those responsible must be prosecuted, including up the chain of command,” Callamard said.

In one particularly shocking testimony, a woman told Amnesty that two Russian soldiers killed her husband and “repeatedly raped her at gunpoint while her young son hid in a boiler room nearby.” The woman and her son were later able to escape their village east of Kyiv, Amnesty said.

Other witnesses told Amnesty that they saw or heard of Russian armed forces shooting unarmed civilians — in one case, while the person was looking over a fence, in another, for not having cigarettes.

Many Western governments have called for an independent investigation into possible Russian war crimes in Ukraine, and the United Nations General Assembly will vote Thursday on whether to expel Russia from the U.N. Human Rights Council. Russia has denied targeting civilians and claimed, without presenting evidence, that images of atrocities in Bucha were staged.