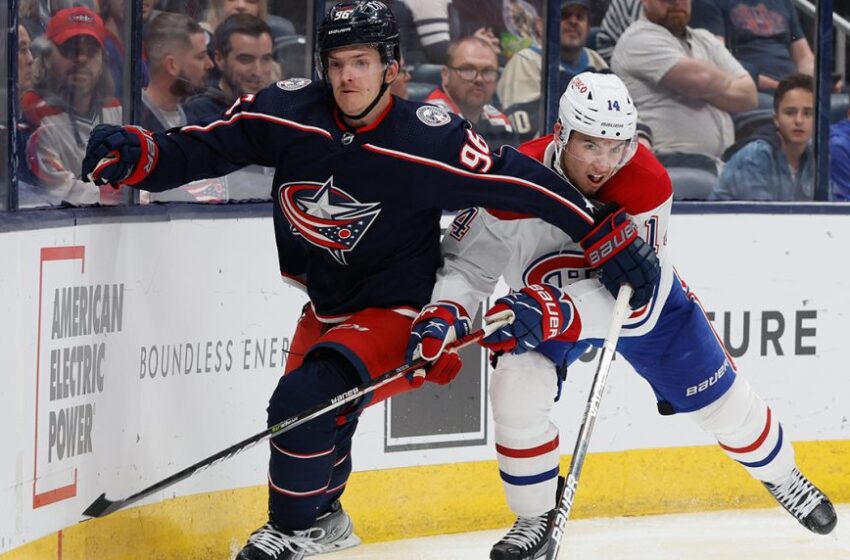 COLUMBUS, Ohio (AP) — Jack Roslovic scored twice, Patrik Laine had a goal and two assists and the Columbus Blue Jackets beat Montreal 5-1 on Wednesday night for their second straight win and a three-game season sweep of the Canadiens.

Cole Sillinger and Emil Bemstrom each added a goal and an assist, and Gus Nyquist and Jakub Voracek both had two assists for Columbus. Elvis Merzlikins stopped 20 shots on his 28th birthday to help lead the Blue Jackets over Montreal for the seventh time in eight home meetings.

Columbus got on the scoreboard first after Montembeault bobbled the rebound of Roslovic’s shot, which trickled past him over the goal line at 8:36 of the first period.

Roslovic’s second goal, his fifth in two games, came off the rush as he slid it under Montembeault’s pad on the glove side at 15:52 of the second.

Laine made it 3-0 1:30 later with his fifth power-play goal of the season, snapping an 11-game scoring drought.

Poehling pulled Montreal to within two with 1:51 left in the second, deflecting Nick Suzuki’s shot, eight seconds into a Canadiens power play, for his first goal since Jan. 17.

Sillinger’s deflection at 6:24 of the third made it 4-1. The secondary assist from Nick Blankenburg marked his first NHL point in his league debut.