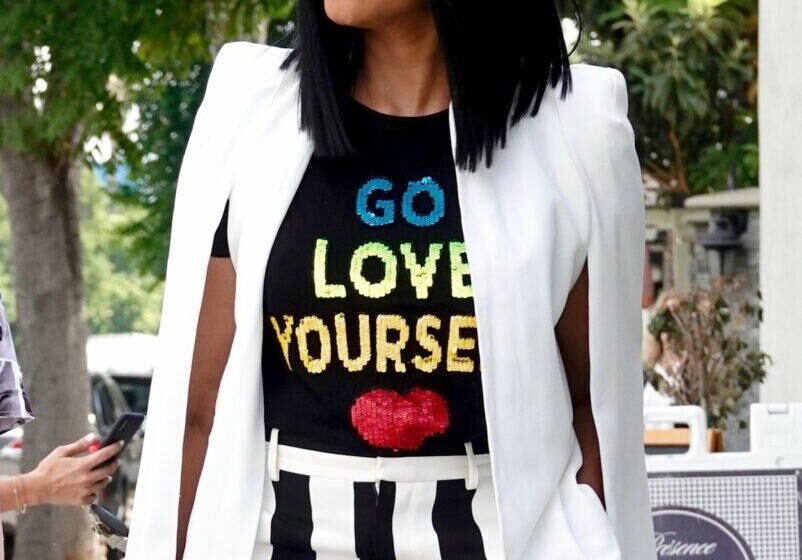 Those familiar with Garcelle Beauvais on the “Real Housewives Of Beverly Hills” knows this reality TV beauty is no stranger to speaking her mind!

Beauvais, who is often just referred to by her first name among the likes of Cher and Madonna, often struggled on camera last season with Erika Jayne amid her legal struggles last season.

Her willingness to speak up may have landed her in a fight with Jayne, but her ability to be candid has also lead her to happiness.

The actress, 55, has been married twice, and her love life has also been covered on the show, particularly how her dating life fits into her kids’ lives.

Despite having a break-up broadcast on ‘RHOBH’, Beauvais is feeling perfectly content with the life she lives!

Singing Praises For The Single Life

Embracing her life as it unfolds is Beauvais’ top priority these days!

The mother of three recently opened up about being single to People Magazine, and gave fans a glimpse into where her heart presently lies.

She isn’t down with society’s expectations surrounding women and their marital statuses.

“I don’t want to just bring anybody in as a seat filler. I really want it to be ‘the person’, she explained.

“I feel like we put so much pressure on women to have a man, be married, have kids. Can’t we just live our lives?” she added, asking a question countless other women are likely asking too!

Who Were Beauvais’ Past Loves?

Beauvais may be living “Such a full life,” being single, as she told People, but the ‘RHOBH’ beauty has had a few memorable names in her dating past!

A certain Oscar-winning actor once charmed Beauvais, a famous name she once dropped on TV!

Back in the day she dated Will Smith. Of her romance with the “King Richard” actor she said, “He was a bachelor. I was single, you know, it happens in Hollywood.”

As it can happen in Hollywood, Smith wasn’t the only actor who captured Beauvais’ heart, although she opted to remain tight-lipped about her relationship with another A-list actor.

According to ScreenRant, Sean Penn was once Beauvais’ dinner companion.

She was quick to say “No comment” when once pressed on the nature of her relationship.

Her relationship with Penn was said to last only for two dates, one being a low-key meeting “A few days  before their dinner at the Sunset Hotel.”

Inside A ‘Full Life’

Beauvais’ “full life” absolutely extends beyond her life on camera!

Working out is a passion project for Beauvais.

Taking care of her body constitutes of working out with the intention to “Jump-start [her] heart early in the day, she told Us Weekly. “It gives me the energy I need to get through my busy day.”

Beauvais makes her parenting duties a top priority of her day.

Tending to her teenaged twins is her “favorite time of the day,” wherein she gets to spend time with her sons after their busy school day.

Right now, Beauvais’ two twins and her older son from a previous marriage, are the icing on the cake to living a fulfilled life.

Beauvais knew a fulfilled life wouldn’t be the one she was living while married to her twins’ father.

“One of the reasons I didn’t stay married was because I didn’t want to change my spirit,” she went on to tell People, “This is my one shot at life. And I didn’t think it would be fair for my kids to live with a mom who has so much angst.”

“Real Housewives of Beverly Hills” fans will be able to have a further look into her angst-but probably not so drama free-life on the upcoming season of ‘RHOBH.’

“I wanted to see where I was,” she told Entertainment Tonight when speaking about returning for season 12, “So, we’ll go, we’ll keep going.”