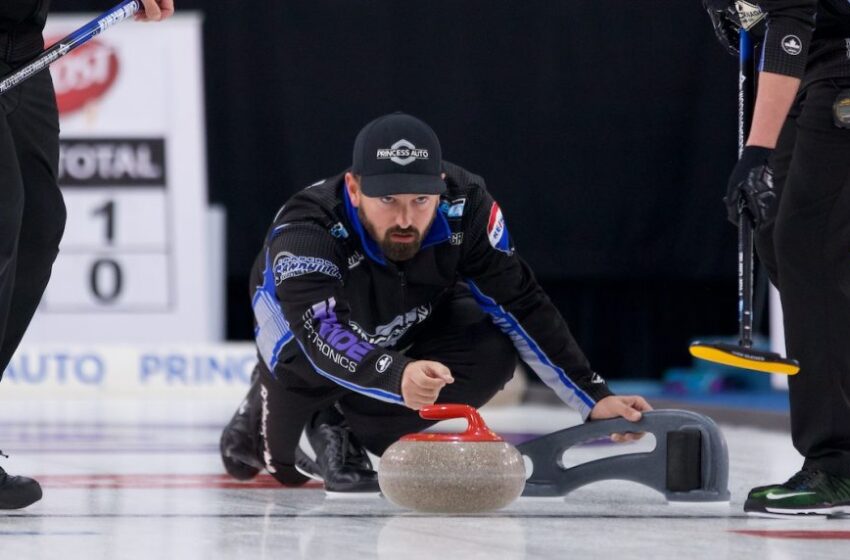 Reid Carruthers and Jason Gunnlaugson are teaming up again with a new Manitoba-based squad next season.

Team Carruthers announced Wednesday on social media its lineup for next season featuring the pair, who previously played together from 2005 to 2008 with Carruthers at skip and Gunnlaugson at third.

Second Derek Samagalski, who was with them during their initial season and has played with Carruthers since 2014, also rejoins alongside lead Connor Njegovan, who has played with Gunnlaugson since 2017.

Carruthers, winner of the 2016 Champions Cup as a skip, spent the past Olympic cycle playing third for Mike McEwen. They competed in the Brier all four seasons representing Manitoba in the 2019 and 2022 events and wild-card teams in 2020 and 2021.

Gunnlaugson, who defeated McEwen in the 2020 provincial final, skipped his squad as Team Manitoba in the 2020 and 2021 Briers and as a wild-card entry in 2022.

In total, Carruthers has competed in the Brier 10 times and is one of only a handful who has played all five different positions in the Canadian men’s curling championship. He also coached Kerri Einarson’s team to gold at the Scotties Tournament of Hearts and to bronze at the women’s worlds this season.

Although Carey lives in Alberta and Campbell and Erickson both live in Saskatchewan, the team is eligible to play out of Manitoba. Carey and Erickson were born in Manitoba and are thus exempt from residency restrictions under the birthright rule. Campbell can be declared the team’s lone out-of-province import.

Fyfe captured back-to-back Masters women’s titles in the Pinty’s Grand Slam of Curling with Team Fleury in 2019 and 2021.

Carey and Fyfe are childhood friends. Their dads, Dan Carey and Vic Peters, won the Brier together for Manitoba in 1992. Carey also filled in at skip for Fleury during last year’s Scotties Tournament of Hearts.

The club captured bronze medals at the 2019 and 2021 men’s worlds and represented their nation at Winter Olympic Games in Beijing this year.