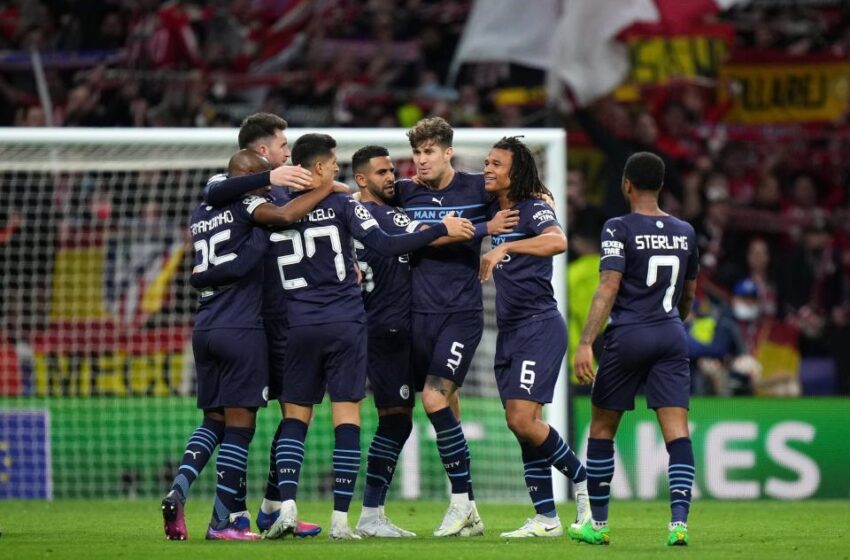 Real Madrid vs. Manchester City head to head: History of matches ahead of Champions League semifinal

Manchester City booked themselves a return trip to Madrid in the Champions League semifinals thanks to a dogged performance in the Spanish capital.

They will next meet record 13-time winners Real Madrid, who prevailed in a thriller against holders Chelsea on Tuesday — Karim Benzema’s fourth goal of the series securing a 5-4 aggregate-goal triumph in extra time.

It promises to be an intriguing clash and here’s everything you need to know.

How to watch Man City vs. Real Madrid

UK: The matches will be carried on TV by BT Sport, and streamed on BT Sport platforms, including the app.

USA: The matches will air on CBS (English) and Univision (Spanish) channels which are streamed on fuboTV, available to new users via free trial. Paramount+ will have the English-language streams.

Are Man City home or away for the first leg

As designated by UEFA’s draw that mapped out the quarterfinals and semifinals, City will be at home first — as was the case last time around against Atletico.

It means the configuration of one of the most notable previous clashes between the sides will be repeated.

City played their 100th Champions League game at the Wanda Metropolitano to clinch passage to the semifinals, but they were still green in the competition when they faced Madrid back in the 2012-13 group stage.

Yaya Toure and Aleksandar Kolarov twice gave City the lead before late goals from Karim Benzema and Cristiano Ronaldo left Jose Mourinho sliding on the turf in celebration of a thrilling 3-2 win.

A 1-1 draw in Manchester followed as Sergio Aguero’s penalty cancelled out Benzema’s opener, but City exited at the group stage. They got much deeper into the competition in 2015-16, where they faced Madrid in their first Champions League semifinal.

The sides played out a goalless draw at the Etihad Stadium before Fernando’s own goal settled matters at the Santiago Bernabeu, setting Zinedine Zidane’s Madrid on the way to the first of three consecutive triumphs in the competition.

City gained a measure of revenge in 2020, winning both legs of a last-16 tie 2-1. However, those games took place six months apart due to football’s coronavirus shutdown.

Perhaps the most intriguing past meeting is one between the two coaches rather than between these two clubs.

During Ancelotti’s first stint in charge of Madrid, his team came up against a much-fancied Bayern Munich in the 2014 semifinals, and the Bundesliga giants were then led by Guardiola.

Madrid edged a cagey first leg at the Bernabeu 1-0 before Guardiola’s plan to go on an all-out attack in the return leg backfired spectacularly. Bayern were picked apart on the break and crashed to a 4-0 loss.

In four meetings since, all in charge of Everton against Guardiola’s City, Ancelotti lost each time.

The Champions League remains the major honour absent from City’s recent collection as the dominant force over the past decade in England. Guardiola is also still waiting to add a third success in the competition as a coach.

Last season’s final defeat to Chelsea stretched his wait beyond a decade, following Barcelona’s 2009 and 2011 successes.

City are also locked in a tight, tense Premier League title battle with Liverpool, who they also face in an FA Cup semi-final on April 16. How that duel plays out between now and the Madrid games could have a bearing, with Guardiola likely to have to carefully manage his squad resources.

Kevin De Bruyne and Kyle Walker suffered second-leg injuries against Atletico Madrid and Joao Cancelo will miss the first leg against Madrid due to suspension. 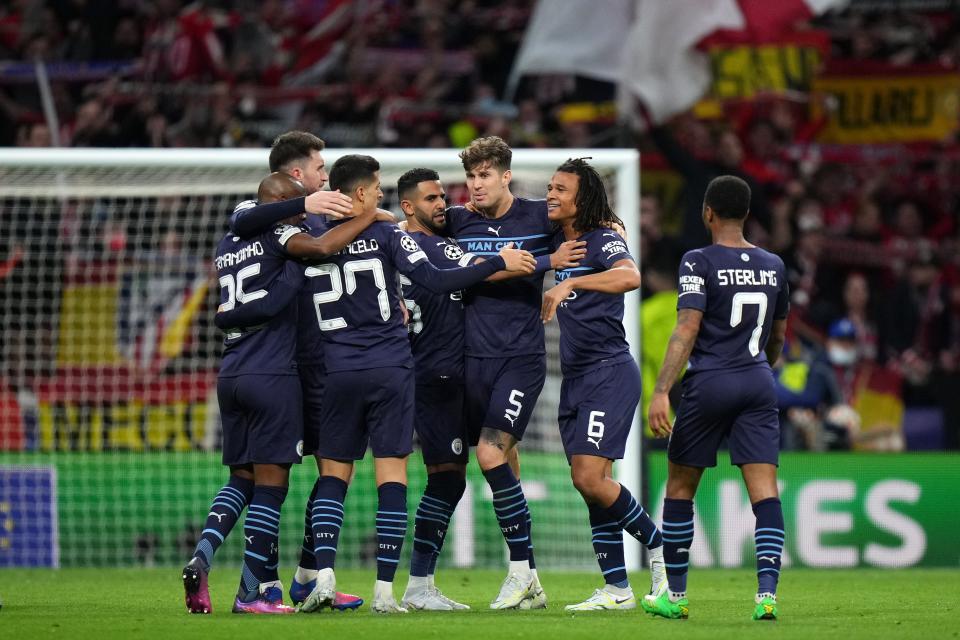 If the Champions League represents the final frontier for City, it is absurdly familiar terrain for Madrid. Gunning for a record-extending 14th success, it felt like their weight of history played a part in overturning dire situations to see off Paris Saint-Germain and Chelsea.

The evergreen brilliance of Karim Benzema and Luka Modric were the defining factors on both occasions, and the core of Zidane’s three-time winners remains to a significant extent.

It could be the final chance for this generation to add another glorious chapter before Madrid embark on a summer rebuild.

One potential advantage over City is the extent to which Ancelotti’s men are sauntering to La Liga title glory. That could be all but in the bag by the time this tie comes around, allowing them to give Guardiola’s team their full focus.