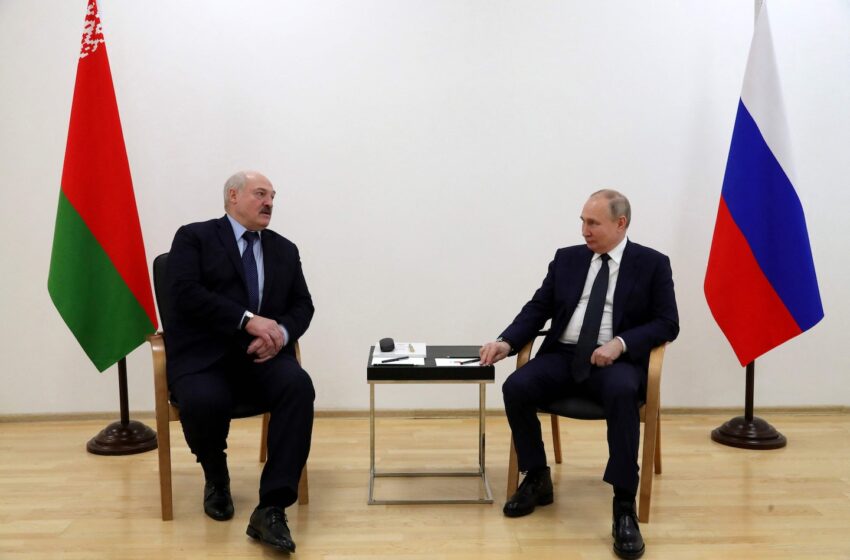 Putin says peace talks with Ukraine are at an ‘impasse’ Russian President Vladimir Putin on Tuesday called the war in Ukraine a “tragedy” but insisted that Russia had “no choice” but to invade its western neighbor.

Speaking to reporters after a meeting in eastern Russia with Belarusian President Alexander Lukashenko, Putin said: “What is happening in Ukraine is a tragedy, no doubt about that. But we had no choice. It was just a matter of time [before an attack on Russia].”

Putin traveled to Russia’s far-eastern Amur region to meet with Lukashenko, a staunch ally who has supported the Russian president and his war in Ukraine. The two leaders discussed the war during the meeting, the Russian news agency Tass reported.

Economic sanctions imposed on his country have “failed,” Putin added, asserting that the Russian economy is steady despite the blows.

“The sanctions ‘blitzkrieg’ against Russia failed, the country’s industry and financial system are working, but of course there are some problems,” Putin said. “It’s clear that the Russian economy is stable. But in the medium and long term, the risks may increase. Our adversaries are planning to double down on their activities.”

Lukashenko called the war a “dangerous moment” with the West, blaming Britain and the United States in particular. Putin thanked him for helping with negotiations with Ukraine but said they have reached a deadlock, for which he blamed the Ukrainians.

“Kyiv moved away from the Istanbul agreements, so we are back to an impasse,” he said, referring to negotiations in the Turkish city late last month. “Yesterday, I was told that the Ukrainian side has changed something in its negotiating position. I don’t know the details yet,” he added.

Putin also said it was unclear when the war would end. The “special military operation” in Ukraine is going as planned and will continue until its goals are met, he said. “We will act rhythmically, calmly, according to the plan that was originally proposed by the General Staff,” Putin said.

The rare news conference followed a visit by the two leaders to the Vostochny Cosmodrome to mark Russia’s annual Cosmonautics Day, which commemorates the world’s first manned space flight, by a Soviet cosmonaut in 1961.

Belarus’s military has not joined the fight in Ukraine, but Russian soldiers have been based in Belarus since before the war began and launched their main ground offensive into northern Ukraine and toward Kyiv from Belarusian territory.

However, hundreds of pro-democracy activists from Belarus have joined the fight in Ukraine against Russia — inspired by Ukraine’s battlefield successes and determined to carry that momentum back into Belarus to end Lukashenko’s 28-year rule. Exiled Belarusian opposition leader Svetlana Tikhanovskaya has been a vocal opponent of the invasion and has labeled Lukashenko’s government a “co-aggressor” in Russia’s war.