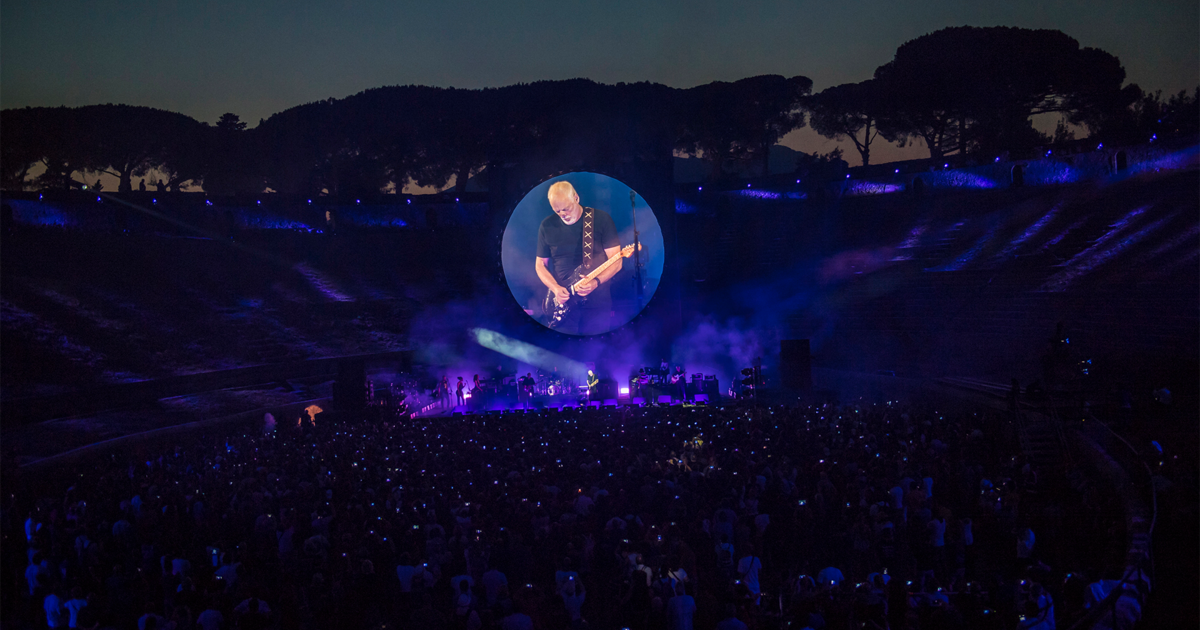 Legendary rock band Pink Floyd has reformed to record and release a song in support of Ukraine.

The single, “Hey Hey Rise Up,” marks the first time they recorded music together since the 1994 album “The Division Bell.”

It features Pink Floyd members David Gilmour and Nick Mason and vocals from Andriy Khlyvnyuk, of the band Boombox, taken from an Instagram post in which he sings a Ukrainian protest song in Kyiv’s Sofiyskaya Square. The title of the new track comes from the last line of that song, “The Red Viburnum in the Meadow.”

Also on the recording is bass player Guy Pratt, with Nitin Sawhney on keyboard.

“Hey Hey Rise Up” was recorded on March 30, and its music video was shot the same day. In it, the band is seen performing, intercut with footage of anti-war protests and destruction in Ukraine.

“We want to express our support for Ukraine and, in that way, show that most of the world thinks that it is totally wrong for a superpower to invade the independent democratic country that Ukraine has become,” Gilmour said.

The video opens with text explaining that Khlyvnyuk ended a U.S. tour he was on with Boombox to return to Ukraine and defend his homeland. He posted the Instagram video from which his vocals were taken three days later.

The band said Khlyvnyuk suffered a shrapnel wound and was recovering at a Kyiv hospital when Gilmour got in touch with him.

“I played him a little bit of the song down the phone line and he gave me his blessing,” Gilmour said. “We both hope to do something together in person in the future.”

All proceeds from “Hey Hey Rise Up” will go toward Ukrainian humanitarian relief, according to the band.

On Thursday, the U.N. suspended Russia from its Human Rights Council for what its resolution called “gross and systematic violations and abuses of human rights” and “violations of international humanitarian law” in the invasion of Ukraine. Meanwhile, the U.S. Senate voted unanimously to suspend normal trade relations with Russia and Belarus and ban all oil imports and energy products from Russia.