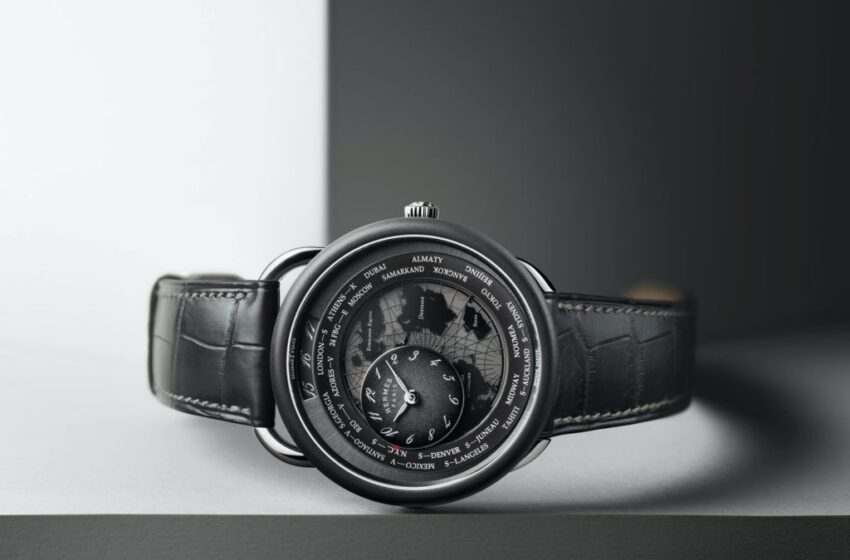 Hermès is a lot of things to a lot of people. The pinnacle of luxury, the grail of grails, a milestone, a collectible, art, a dream. Dreams are a huge part of the Hermès DNA – the imagination is as important to the brand as its equestrian heritage and runs through every one of its categories, from leather goods, silk scarves and fashion to its watches and jewellery and homeware. There’s even an official Hermès podcast series devoted to the subject.

The role dreams play is especially apparent in Hermès watches. Who can forget the Arceau Le Temps Suspend of 2011, a timepiece that would cause time to stop, only to resume again at the press of a pusher? The watch stumped many watch journalists at that time, who doubted its marketability and deemed the function useless. I remember a few years later, as a young reporter, naïvely asking the brand’s CEO for watches, Laurent Dordet, why Hermès didn’t produce more high complications with its know-how. Amused, he told me the company had no intention of vying for such achievements if they didn’t represent Hermès. It’s not Hermès to make complications for complications’ sake. Hermès will make complications if it could somehow make people dream, and view the world through a different perspective.

This I really began to understand in 2019, when I first saw the then-new Arceau L’heure de la lune. The watch allowed the viewer to travel to another dimension, offering a unique view of the Earth’s satellite with a simultaneous display of moon phases in both Northern and Southern Hemispheres. It was unlike anything I’d ever seen, combining an interesting take on an old complication with poetic whimsy.

Fast forward to today and we see the debut of the Arceau Le temps voyageur, yet another time-travelling epic from Hermès. Although it’s the maison’s first world-time complication, it’s unlike any other.

“The idea of travel, which is behind the Arceau Le temps voyageur, was very important from the beginning for me,” says Philippe Delhotal, Hermès horologer’s creative director. “This is really part of the culture of Hermès. Even when you walk into the boutique, it’s a real invitation to travel through the objects. So it was quite obvious to me that I had to dig into this subject of travelling.”

It wasn’t just the literal idea of going somewhere, like taking a plane and setting foot in a new country. For Delhotal – and for Hermès – one could travel simply by reading a book, or being open to new ideas, through dreaming. And to Delhotal, this current climate seemed the right opportunity to travel through watches again.

In many ways, the Arceau Le temps voyageur is related to the Arceau L’heure de la lune. “The moon phase was also an invitation to travel,” says Delhotal. “Not on Earth but in the sky with the Moon, the Sun and the stars. There’s also a family link between the two watches – they’re kind of like cousins – as well as in the aesthetics between the two launches.”

World-time complications are plentiful across the watch industry – it’s a useful and rather practical complication intrinsically linked with houses such as Patek Philippe, Vacheron Constantin and Jaeger-LeCoultre. For Delhotal, then, it was important that an Hermès world-time watch would present something completely different and extraordinary.

“We could have done this a long time ago, because this subject is really strong for us,” says Delhotal. He echoes what Dordet told me years ago, that Hermès doesn’t do things just because they can. It does things when it can surpass what others are doing and bring its own uniquely poetic take.

Thus, the first challenge Delhotal faced was to bring a new reading of world time, a different aesthetic and a poetic approach to a well-known complication. And doing that led to the second challenge, which was how to solve the technical issues of creating a new world-time reading.

The solution resulted in a new patent for Hermès. “The patent is about the satellites that we’d developed, which has now become a signature for us,” says Delhotal. “There are three technical differentiations on the satellites and on the reading of time. First, you have the hour and the minute indicators. Then, you have the hand that shows the cities. And lastly you have the position of the satellite.”

The brand worked with watch-movement specialist Chronode to create the exclusive “travelling time” module, which is integrated into Hermès’ H1837 mechanical self-winding movement. On the dial, the mobile counter displays the hours and minutes of the 24 time zones, moving around the perimeter of the watch to point out the city for which it’s indicating the time. The home time indication is positioned in an aperture at 12 o’clock.

The timepiece comes in two variations. The 41mm size comes in a platinum case with a bezel in bead-blasted matte black DLC- treated grade 5 titanium and a galvanised dial in light grey, whereas the 38mm version is in 316L steel with a galvanised blue dial.

To further expound on the dream motif that surrounds the Le temps voyageur, the dial showcases the Planisphère d’un monde équestre motif designed by Jérôme Colliard and first presented in a silk scarf for autumn/winter 2018, which depicts continents and seas that pay tribute to the link between the rider and his mount in an imaginary equestrian world.

“If we hadn’t had this very nice motif of the Planisphère,” Delhotal confides, “we’d never have done the watch.”
It took Hermès three years to create this new reading of the world-time, but Delhotal says without the motif to go with it – whether from Hermès’ creative universe or something the horology team had to develop themselves – he was ready to “wait until we had a good idea in terms of creation”.

“Our first objective at Hermès is not to do a high-complicated watch,” Delhotal reminds me. “The first objective is to make our people dream. If in order to do that we need to develop something complicated, we’ll work on that. But in the end, if we could also make people dream with very simple watches, that would be even more important for us. So the objective is not to collect achievements in terms of development and technical issues. It’s not the first object, it comes after. We want our customers to travel with Hermes in a different way.”