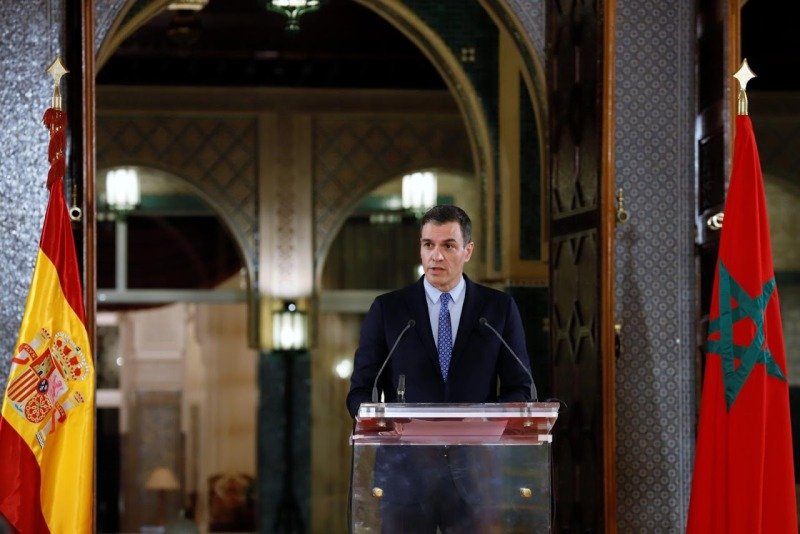 Pedro Sanchez satisfied with a “magnificent” and “necessary” agreement with Morocco The head of the Spanish government, Pedro Sanchez, and the delegation accompanying him, welcomed the invitation of King Mohammed VI, which sealed a new turning point in relations between the two neighboring countries on Thursday evening. Pedro Sanchez described the agreement reached with Morocco as “magnificent” and “necessary”.

“We are embarking on a new journey in our long common history (with Morocco) which should allow us to confidently face the challenges, but also the multiple opportunities for the future: a true partnership for the 21st century”, declared the President of the Spanish Government.

“This is a historic and necessary moment”, he underlined, referring to the thawing of relations blocked by the reception last April of the leader of the Sahrawi separatist militia, polisario, in Spain behind Morocco’s back. .

“Spain and Morocco are neighboring countries, friends and partners, so the bilateral relationship is strategic for both”, reaffirmed the socialist who was invited by King Mohammed VI for an Iftar to seal the restoration of relations and the opening of an ambitious stage soon.

In this sense, Sanchez stressed that his presence as guest of honor of King Mohamed VI at Iftar “represents a turning point and a change of climate”, indicated the Iberian press. For his part La Moncloa pointed out that “Pedro Sanchez was invited by the Moroccan monarch to an Iftar in his honor, an important tradition during Ramadan.

The President of the Spanish government described the roadmap agreed with Morocco as “clear and ambitious” and the agreement as a “historic milestone”, “magnificent” and “necessary”. He also insisted on Spain’s “dependence” on Morocco and vice versa in all areas, saying that it is “an indisputable reality”.

Pedro Sanchez said he was convinced that “a new relationship on solid foundations” had just opened up, with his visit to Rabat and the bilateral agreement announced. “It is a very important day,” said the Spanish chief executive, saying it is “a historic moment, necessary for both countries. »

Spain and Morocco have pledged to inaugurate an “unprecedented” step in their bilateral relations with a sustainable and ambitious roadmap that will take its final shape towards the end of the year after a Morocco-Spain high-level meeting. which has not been held since 2020.

“The satisfaction of the Spanish delegation was undeniable yesterday,” noted the Spanish news site, El Periodico. With the journalists who accompanied him on the plane, Pedro Sanchez announced that “news will be produced over the next few days”, following his trip, according to Spanish media.

Spain, as well as Morocco, pulled out of the game with the agreement reached on Thursday. Madrid was able to defend its interests and was able to see the extent of the interdependence of the two countries during the crisis, when it took the advantages granted by Morocco for granted.

The Spanish chief executive indicated that one of the objectives of the bilateral talks was the restoration of normality to air, sea and land routes, including the border crossings of Sebta and Melilla.

Madrid secured a promise to establish goods customs in both cities, and in both directions, with the reopening of borders. A news since there had never been a customs office for goods in Sebta and that of Melilla had been closed since 2018.

Sanchez also announced that the working groups on economy, infrastructure, vocational training, culture and sport will meet “immediately” and announced an update to the Treaty of Good Neighbourliness, Friendship and Cooperation from 1991.

Furthermore, “cooperation in the area of ​​migration will be relaunched and strengthened”, the Spanish-Moroccan permanent group on migration will meet soon, preparations will begin for Operation Marhaba, a working group will be created on the delimitation of maritime on the Atlantic seaboard.