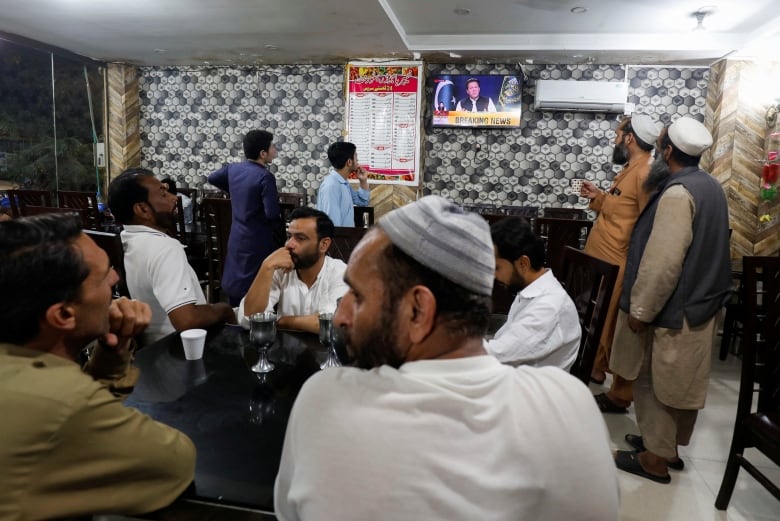 The meeting comes hours after parliament was abruptly adjourned before the vote that Khan was widely expected to lose.

Khan’s allies blocked a no-confidence motion last week and dissolved the lower house of parliament, but Pakistan’s top court ordered on Thursday that the vote be held by Saturday.

The vote is yet to happen despite the passage of nearly 12 hours since the session started on Saturday.

Members of Khan’s party had suggested on Friday they would try to delay the vote for as long as possible. They have said there is a foreign conspiracy to oust him.

Khan, a cricket star turned politician, has vowed to “struggle” against any move to replace him.

Before Saturday’s session was adjourned, opposition leader Shehbaz Sharif urged lower house speaker Asad Qaiser to ensure the vote was carried out as a matter of priority. Sharif is expected to become prime minister if Khan is ousted.

The speaker said he would implement the court order “in true letter and spirit.”

Khan, 69, surged to power in 2018 with the military’s support, but recently lost his parliamentary majority when allies quit his coalition government.

Opposition parties say he has failed to revive an economy battered by COVID-19 or fulfil promises to make Pakistan a corruption-free, prosperous nation respected on the world stage.

The opposition and some analysts say Khan has fallen out with the military, a charge he and the military deny. The army has ruled the state for half its 75-year post-colonial history, and no prime minister has completed a full five-year term.

Khan, who enjoyed widespread popular support when he took office, said late on Friday he was disappointed with the top court ruling but accepted it. But he said he would not recognize any opposition government that replaced him.

“I will not accept an imported government,” he told the nation in a late-night address, suggesting the move to oust him was part of a foreign conspiracy and calling for peaceful protests on Sunday. “I’m ready for a struggle.”

Khan has accused the United States of supporting a plot to oust him, without offering evidence of his claim, which Washington has dismissed. He opposed the U.S.-led intervention in Afghanistan and has developed relations with Russia since becoming prime minister.