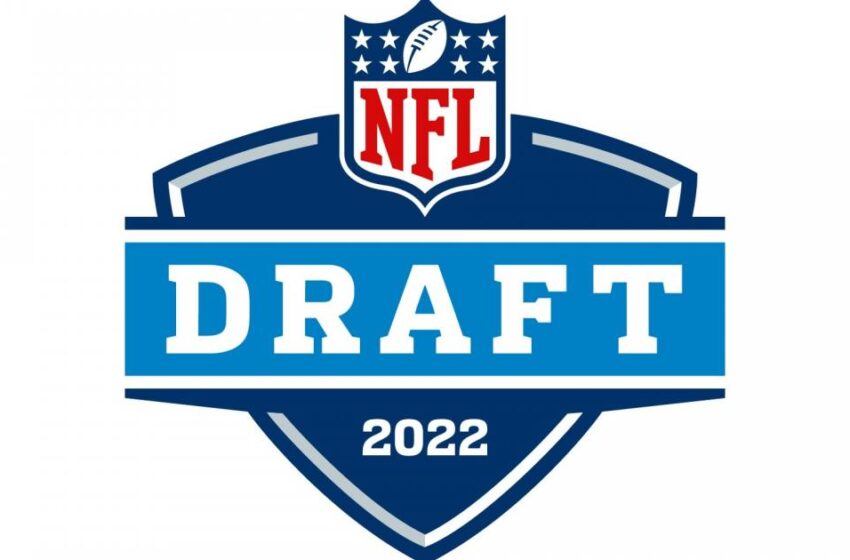 NFL Mock Draft 2022: 5 scenarios for top 10 picks, from Kyle Hamilton at No. 1 to Kayvon Thibodeaux’s plunge

This April, the NFL stars in: “The Multiverse of Draft Madness.”

By now you’ve probably heard the Kipers and Jeremiahs of the world say something along the lines of this: The 2022 NFL Draft doesn’t have the top talent, but it sure is deep. That lends itself to a Doctor Strange-esque 14,000,605 different scenarios in which any number of outcomes are possible.

Jacksonville finds itself in a very intriguing position: With no slam-dunk, surefire, No. 1 overall prospect this year, the Jaguars’ pick could set off a tremendous ripple effect through the top five, even the top 10.

Here’s how it could all come together barring the inevitable trades:

No. 1: It’s simple for the Jags: They need to protect the franchise quarterback, and they take the player they may feel is the best offensive tackle at No. 1, Alabama’s Evan Neal.

No. 2: The Lions are perfectly fine with Jared Goff for the time being. There’s no need to reach for a quarterback in this spot when they have the No. 32 pick, where other passers may be waiting, if that’s the route they want to go. Instead, they keep Aidan Hutchinson in Michigan. Dan Campbell will love him for his motor (and maybe his incisors).

No. 3: The Texans are going to do what they can to help build an offense around Davis Mills, but for now, they take the second-best pass-rusher off the board in Oregon’s Kayvon Thibodeaux.

No. 4: With Mekhi Becton a question mark entering Year 3 and the Jets needing to continue to protect and build around Zach Wilson, Gang Green opts for a pricy insurance policy with NC State tackle Ikem Ekwonu. At best, Ekwonu and Becton would pair as bookend tackles for the foreseeable future. At worst, Becton ends up as trade bait before the start of the 2022 NFL season.

No. 5: The Giants are still shopping CB James Bradberry, but taking Sauce Gardner, one of the top cornerbacks on the board, will only help the secondary moving forward. If the Giants are serious about giving Daniel Jones a fair shake, then no offensive talent they take here — that isn’t one of the top two tackles — is going to help.

No. 6: The Panthers — specifically Matt Rhule — know that they have to figure out the quarterback spot at some point after the Sam Darnold experiment set the laboratory on fire. In this scenario, they choose to swing for the fences here with Malik Willis. The Liberty star has all the tools to be an electric NFL quarterback, but may need time to develop at the next level.

No. 7: The Giants are double-dipping on defense here to help strengthen their pass rush. Travon Walker has all the tools of a top pass rusher, but has to put them together. Azeez Ojulari had a solid rookie season, and if he continues to ascend, then a Walker-Ojulari pass-rush tandem could be a young, top-tier pairing.

No. 8: Kyle Pitts is great, but the Falcons are dangerously thin at wide receiver, and they’ll have to do something to replace a suspended Calvin Ridley. They take Garrett Wilson here, whose game is similar to Ridley’s in a lot of ways.

No. 9: If there’s anything Pete Carroll loves, it’s good safety play. The Seahawks, who got middling returns from Jamal Adams in his second year in Seattle, would pair the do-it-all Kyle Hamilton with Adams and hope to recreate the Legion of Boom at least one more time.

No. 10: For however much the Jets understand they need to keep building around Zach Wilson, they can’t ignore their bottom-of-the-barrel defense. Jermaine Johnson has all the tools to become a top-flight pass rusher at the next level.

No. 1: While Evan Neal seemed like a slam-dunk OT1 off the board, Ikem “Ickey” Ekwonu’s freakish athleticism and positional versatility get him the top selection in this scenario.

No. 3: The Texans have a load of needs. Safety is a luxury pick. Kyle Hamilton didn’t test well at his Pro Day. It doesn’t matter — tape over everything. There’s a reason people are calling Hamilton a generational talent, and the Texans could benefit from some overthinking positional value.

No. 4: There was a world when Kayvon Thibodeaux was the de-facto No. 1 overall pick. Some rumors coming out of the pre-draft cycle say Thibodeaux hasn’t interviewed well, whatever that means. Who cares? The talent is legitimate and it shows on tape, and the Jets are thrilled the get the Duck here at No. 4.

No. 5: Quarterbacks are a lot like finding “The One:” When you know, you know. The Giants clearly still don’t know. With a new head coach and GM, they’d like to find their own guy, too, and that guy is Malik Willis. Brian Daboll’s bombs-away offense finds its own athletic freak at the position, with the cannon-armed Willis hoping to be the next Josh Allen in the new-look Giants O.

No. 6: Pittsburgh’s Kenny Pickett is the most pro-ready QB of any in this draft. Pickett also once committed to Temple University, where Matt Rhule was his potential head coach. Connect the dots.

No. 8: The Falcons have to deal with Mike Evans twice a year, so why not draft the guy who gets Evans comps? Drake London is vying for the title of WR1 in this draft class, and he’s the first off the board for Arthur Smith.

No. 9: The Seahawks need to find a way to build the offensive line, and picking the silky-smooth Charles Cross would go a long way to fixing that, either for Drew Lock or whoever their future QB is.

No. 10: The Jets lost out on the Tyreek Hill sweepstakes and are prepared to jump in the wide receiver market again, if the situation arises. In this scenario, they make it to the draft and select the hyper-athletic Garrett Wilson, who is tailor-made for the LaFleur-designed offense.

No. 1: The Jaguars take Aidan Hutchinson, who some believe is the best player in this year’s draft, with the top selection. Jacksonville has put a lot of resources into the offensive line this offseason, so working on a pass rush that definitely needs help is and should be priority 1A in the draft.

No. 2: Simply put, the Lions are devoid of talent, especially in the back end. Adding a talent like Kyle Hamilton to the fold makes things easier for Dan Campbell and defensive coordinator Aaron Glenn.

No. 3: With the Laremy Tunsil trade rumor mill churning, the Texans opt to take a left tackle of the future in Ikem Ekwonu. If Tunsil ends up on the Week 1 roster, then Ekwonu can slide inside until it’s time to kick out to the tackle spot.

No. 4: The Jets signed DJ Reed to lock down one corner spot, but there still seems to be some hesitance over the second cornerback spot. While Bryce Hall and Brandin Echols could both start come Week 1, the Dolphins trading for Tyreek Hill forces the Jets hand to shore up the secondary with Sauce Gardner.

No. 5: The Giants really like Andrew Thomas at left tackle, but drafting Evan Neal would give them the hog-mollies that Dave Gettleman never got the opportunity to put together.

No. 8: The best way to help Grady Jarrett is to get him some outside help. Locking in Jermaine Johnson would give the Falcons an edge rush presence they’ve lacked for a long time.

No. 9: Does anyone actually buy that Drew Lock is going to be the Seahawks’ Week 1 starter? Pete Carroll would be wise to consider a passer of the future, and Malik Willis’ skillset in a potentially run-heavy offense would be ideal for both sides.

No. 10: One of Drake London’s biggest attributes is his YAC ability. That would play a big role in the Jets’ offense, which really needs the outside help. Zach Wilson loved throwing the jump ball in college, and London’s contested catch ability would be a massive help for the franchise-QB hopeful.

No. 1: The least likely of the No. 1 picks, but if Kyle Hamilton is the best player in the draft regardless of position, wouldn’t that make him the best bet for a No. 1 overall pick?

No. 2: Travon Walker’s traits and elite athleticism are unrivaled among edge rushers in this draft. That’s not being hyperbolic, either. His combine performance put him among some of the NFL’s elite edge athletes. It’s just a matter of putting his pass-rush ability together.

No. 3.: Much like Ikem Ekwonu, should the Texans want to look forward at the tackle position, Evan Neal would be a big boost for Davis Mills, or whoever is playing quarterback come 2023.

No. 4: The Jets would be thrilled to get one of either Kayvon Thibodeaux or Aidan Hutchinson at this spot. Hutchinson projects better as a 4-3 defensive end than Thibodeaux does, much to Robert Saleh’s joy.

No. 5: New defensive coordinator Don “Wink” Martindale loves to blitz — but the Ravens (the team from which Martindale was let go) have a long, long history of quality pass rushers. Thibodeaux would fit well into the aggressive 3-4 scheme they’d run.

No. 6: The Panthers tried to remake their secondary in the middle of the 2021 season, trading for Stephon Gilmore to them one of the deepest CB rooms in the league. Could they attack the same position with Sauce Gardner after drafting Jaycee Horn in the first round last year? Don’t rule it out, since it looks like GM Scott Fitterer loves his DBs.

No. 8: Arthur Smith needs to kick off the Falcons’ offensive rebuild right, and there’s no better player to do it with than Alabama’s Jameson Williams. Williams was the No. 1 WR in this class before an ACL injury cut short his 2021 season. Still, ACLs are hardly death knells to NFL careers anymore, even if this is a riskier pick.

No. 9: The Seahawks haven’t had much of a pass rush since trading Frank Clark, which isn’t great, even for a team that routinely tries to build its defense through its linebackers and its secondary. Jermaine Johnson would give them instead help off the edge.

No. 10: LSU’s Derek Stingley Jr. was once a lock-it-up top-five cornerback, but durability questions and the pre-draft process have dropped his stock. The Jets would put themselves in position for an instant defensive turnaround with a top edge rusher and Stingley with their top two selections.

No. 3: The Texans have an extra first-round pick thanks to the trade that sent Deshaun Watson to the Browns. With that in mind, they go less “safe,” taking Travon Walker with the No. 3 pick.

No. 4: The Jets have to do something to give Zach Wilson the weapons he needs to succeed in the league. That starts with getting more WR help, albeit at a higher pick, not risking that Garrett Wilson won’t fall to No. 10

No. 5: With Evan Neal off the board, the Giants continue building up the offensive line in front of Daniel Jones (and Saquon Barkley), taking Ikem Ekwonu at No. 5. Alongside Andrew Thomas, the Giants now have bookend tackles for the future.

No. 6: Kayvon Thibodeaux could slip, and in the event that he does, pairing him with Brian Burns would give the Panthers a deadly 1-2 punch in the pass rush game. Meet at the quarterback.

No. 7: The Giants could use the safety help after Jabrill Peppers exits, and who better than to do it with Kyle Hamilton? A safety pairing of Hamilton and Xavier McKinney would certainly be fun.

No. 8: Malik Willis in a play-action-heavy Arthur Smith offense would work wonders for a rookie quarterback. Even more so, Willis wouldn’t have to play immediately, with Marcus Mariota on the roster ahead of him.

No. 10: This scenario works out perfectly for the Jets: They get a potential WR1 with the No. 4 overall pick, while getting secondary help at No. 10 in Sauce Gardner. Their two high second-round picks could play a big part in what they pick — or don’t pick — with their top two selections.