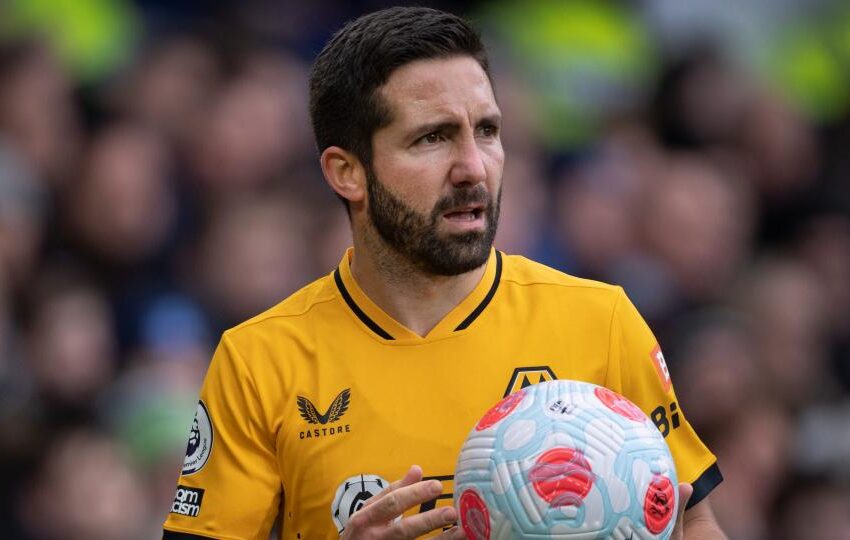 Newcastle have moved to within touching distance of Premier League safety as they squeezed out a 1-0 win at home to Wolves.

The Magpies now move up to 34 points, with their first win since in a month, thanks to Chris Wood’s second half spot-kick on Tyneside.

Neither side created much in a drab opening 45 minutes, before Wood picked himself up after colliding with Jose Sa, to eventually slam Newcastle in front with 20 minutes to go.

Wolves did rally in the final stages, with Fabio Silva heading wide, but Howe’s hosts had enough to dig in and claim a valuable home victory.

FULL – TIME: Newcastle edge out a crucial three points in their battle against Premier League relegation with a tight 1-0 win over Wolves on Tyneside. On a night of few chances at both ends, Chris Wood’s second half penalty gives Eddie Howe’s side a massive boost.

88th Min: Scrappy stuff in the final minutes as Joao Moutinho picks up a caution and Sean Longstaff replaces Guimaraes for Newcastle. Rayan Ait Nouri on for Marcal for the visitors.

84th Min: Another one for Wolves!!

Silva steps away from two tackles inside the box but his drive is beaten out superbly by Martin Dubravka. Crucial stop by the Slovakian international.

75th Min: Newcastle break on the counter and it is ALMOST two as Saint-Maximin slips in Guimaraes and the Brazilian bends one just wide!!

The Kiwi is unbeaten in the previous three games in which he’s netted against the Midlanders. pic.twitter.com/Qi4wFAQt2Z

Wood steps up and hammers the ball down the middle as Sa gambles and dives out of the way!

Chris Wood sends the penalty home and it’s 1-0 to Newcastle!

Wood breaks onto a loose ball inside the box and Sa appears to catch him. However VAR check is UNDERWAY!!!

Here’s a look at the penalty. Wolves goalie Jose Sa fouled Chris Wood and the penalty call was confirmed after VAR review

Guimaraes delivers a great ball into the box as Allan Saint-Maximin smashes over the bar before the Frenchman turns provider as his cross just evades Wood.

62nd Min: The game has slowed back down again as Schar goes down injured, Changes incoming for both sides.

50th Min: Some slight signs of life at the start of the second period with half chances at both ends. Wood flicks on for Dan Burn inside the Wolves box but his tame effort is easily held by Sa before Hwang Hee-chan is snuffed out on the counter attack.

“The BEST chance of the whole game…” 👀

0-0 | The first shot on target during the game and it came from #NUFC Dan Burn! 😳 pic.twitter.com/iArDhldz6M

Let’s hope for some much needed positivity

Neither Newcastle or Wolves managed to register a shot on target in the first-half.

HALF TIME: Neither side doing enough to carve out a breakthrough in a disappointing opening 45 minutes in Newcastle. Wood’s close range effort rightly ruled out for offside against Almiron and Wolves have offered nothing.

36th Min: Little burst of positivity from Newcastle as we edge towards the end of the first half as Joelinton’s cross into the box is hacked away by the Wolves defence.

Very little to talk about on the night and Newcastle have their breakthrough chalked off by VAR.

Brilliant skill from Almiron to create an angle to find Chris Wood, who scuffs home the ‘opener’, but the Paraguayan had strayed fractionally offside in the build up.

Newcastle’s Chris Wood put the ball in the back of the net but it’s ruled out as Bruno Guimarães is adjudged to be offside ❌ #NEWWOL pic.twitter.com/osovAbRoO2

The goal by Chris Wood is ruled out for offside. But that buildup play by Newcastle was brilliant!

11th Min: Slow start from both sides at St. James’ Park with the only early news coming via Ryan Fraser’s injury. The Scottish international appears to have tweaked his hamstring with Miguel Almiron coming on to replace him.

12′ We’re forced into an early change as Ryan Fraser is unable to continue.

KICK OFF: Wolves get us underway here on a clear night on Tyneside!!

Two changes for Wolves boss Eddie Howe as Leander Dendoncker and Daniel Podence rotate out and Hwang Hee-chan and Lee Cundle come in.

Also two starting changes for Eddie Howe as Emil Krafth replaces Javi Manquillo at right back and Bruno Guimaraes comes in for the injured Joe Willock in midfield.

2 hours to KO: It’s time for Friday Night Lights at St. James’ Park! Welcome to Sporting News’ live coverage of Newcastle vs. Wolves, with commentary running before and throughout the 90 minutes. 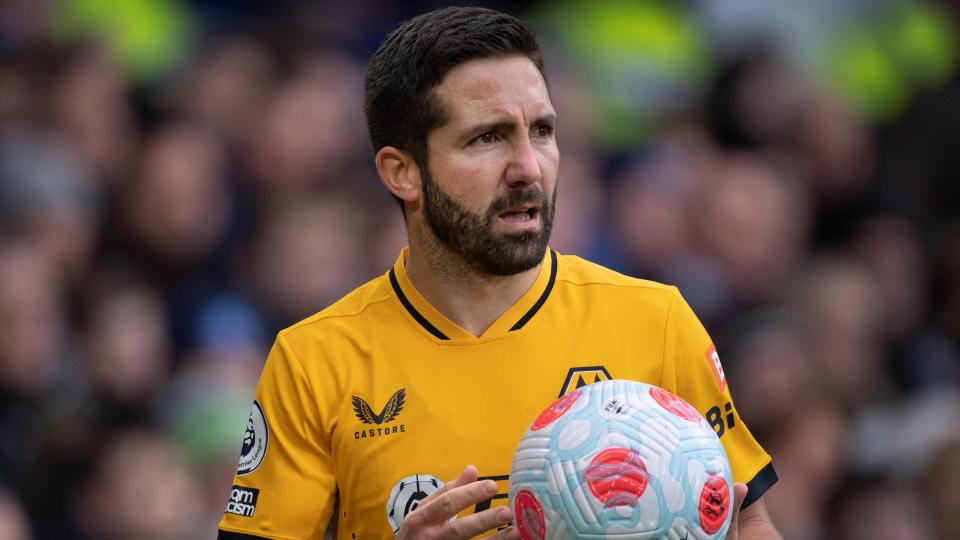 Howe is boosted by the return of Miguel Almiron after he missed last weekend’s 5-0 defeat at Tottenham after testing positive for Covid-19, but Joe Willock was deemed unfit for this clash.

Wolves have two key absentees for the trip to St. James’ Park with Portuguese star Ruben Neves sidelined for a month with a knee problem and Raul Jimenez serving the final game of a two-match ban.