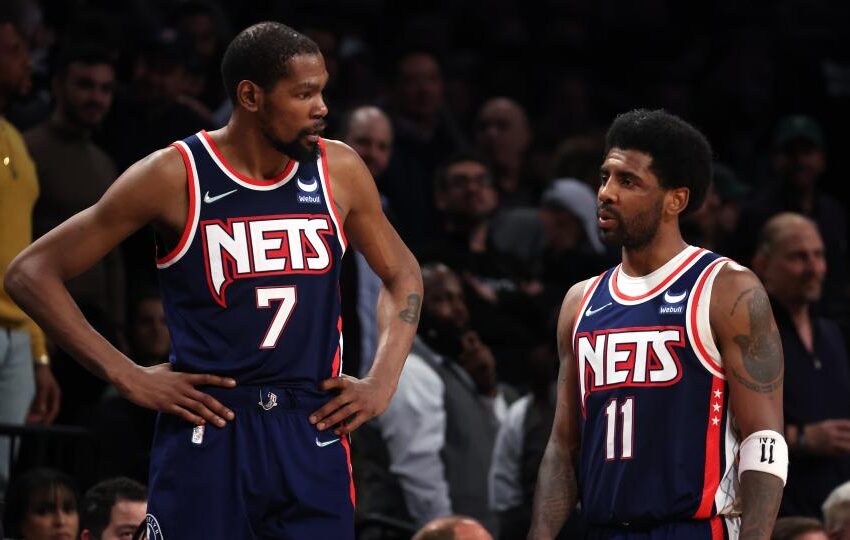 The 2021-22 NBA season has been filled with dramatic highs and lows.

All 30 teams were forced to deal with COVID-19 and injury issues, forcing them to adjust their rotations and quickly bring in players who had little or no experience in their systems. Fans witnessed multiple stars catch fire in 50-point explosions. Preseason contenders (Nets and Lakers) failed to meet expectations, while surprise squads (Celtics and Grizzlies) surged toward the top of the standings.

And yet, as the NBA Playoff and Play-In Tournament participants enter the final weekend of the regular season, there are still lingering questions.

(All stats current through April 6 games)

Who will win the scoring title?

Joel Embiid (30.4), LeBron James (30.3) and Giannis Antetokounmpo (29.9) are bunched together in one of the tightest races for the scoring title in NBA history. The scoring title has been decided by fewer than 0.5 points only six times, including the 1977-78 season when David Thompson and George Gervin famously fought to be the points leader until the final day of the regular season.

Embiid appears to be in the driver’s seat not only because he is the current leader, but also because of James’ ankle injury. He has missed four of the Lakers’ past five games, and Los Angeles may want to keep him on the bench now that it has been eliminated from postseason contention. It’s possible he doesn’t reach the minimum number of games required to qualify for the scoring title.

If James is sidelined for the remainder of the season, Embiid and Antetokounmpo will battle for the first scoring title of their careers.

Which MVP candidate will make the biggest final push?

Let’s make one thing clear: Antetokounmpo, Embiid and Nikola Jokic are all worthy MVP candidates. There isn’t necessarily a wrong answer when it comes to MVP voting this season, as all three stars have been spectacular.

With this race being just as close as the one for the scoring title, though, a last impression could swing some voters. What if Embiid goes off for 30-plus points in wins and captures the scoring title? What if Jokic posts multiple triple-doubles and pushes the Nuggets to a 49-33 record? What if Antetokounmpo shows off his two-way brilliance and leads the Bucks to the No. 2 seed in the Eastern Conference?

The entire body of work should be taken into account when putting together an MVP ballot, of course, but closing strong could absolutely make a difference. 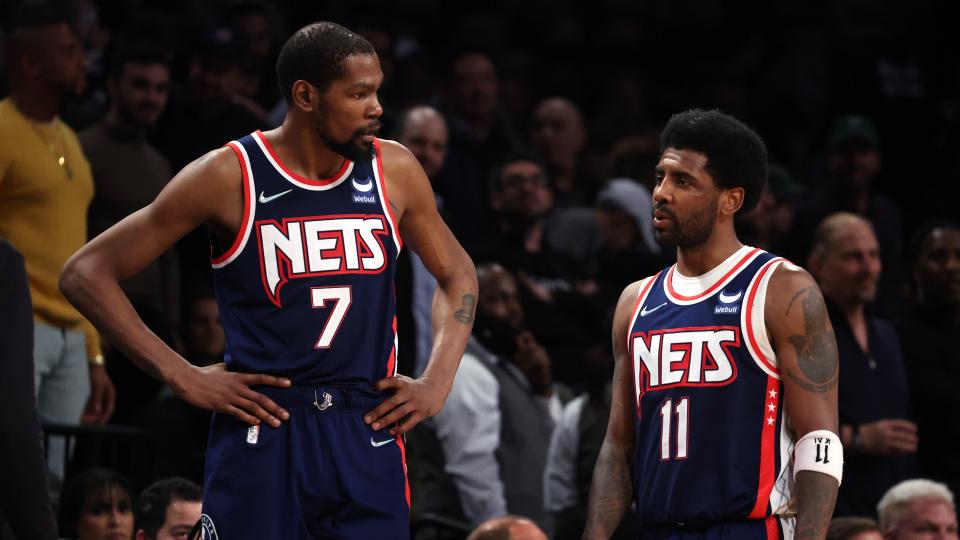 How will the Nets’ positioning impact the rest of the East?

After entering the season with championship aspirations, Brooklyn finds itself stuck in the Play-In Tournament. The Nets can only be a No. 7 or No. 8 seed entering the NBA Playoffs, but make no mistake — the teams at the top of the East standings don’t want to see these guys.

As rough as the Nets have looked at times, particularly on the defensive end, they still have Kevin Durant and Kyrie Irving. The dynamic duo is averaging nearly 60 points per game this season, and that number could jump with higher minutes in the postseason. Durant nearly took down the Bucks in the 2021 NBA Playoffs by himself. It’s not hard to envision a scenario in which he and Irving get hot and send one of the top seeds home early.

The Celtics, Bucks and 76ers could attempt strategic maneuvering over the weekend if they see a better matchup on the table. Then again, the Nets could drop into the bottom of the Play-In standings and max out as the No. 8 seed, which would mean a likely first-round meeting with the Heat.

Wherever it lands, Brooklyn will be much more dangerous than a typical underdog.

Could multiple stars return from injuries?

Stephen Curry, Ja Morant, Jamal Murray, Ben Simmons — those are just a few stars that could suddenly appear on the NBA Playoff stage. But how about these names for possible Play-In surprises: Kawhi Leonard and Zion Williamson.

Leonard’s appearance at a recent practice fueled speculation that he could soon make a return to the floor. Trying to pull information from Leonard is like trying to pull teeth, though, so it’s difficult to put any timeline on his rehab process.

Williamson, meanwhile, popped up in headlines after his stepfather, Lee Anderson said he believes the 21-year-old will play for the Pelicans this season.

“I expect him to play. If you were to ask Zion, I’m sure he would probably say the same thing,” Anderson said on “The Jordy Culotta Show” (via ESPN’s Andrew Lopez). “But with just a couple of games left, with the magnitude of what’s going on in New Orleans and the opportunity to qualify for the Play-In game and possibly get into a seven-game series, that would be off the charts in the city of New Orleans.

And it would definitely be a plus for viewers of the Play-In Tournament.

Are the Suns simply unstoppable?

Phoenix has been the best team in the NBA this season by a significant margin. The Suns are the only team that will eclipse 60 wins, and they have the highest point differential and net rating in the league. Monty Williams’ squad has looked like a well-oiled machine, and with Chris Paul and Devin Booker running the offense, Phoenix only gets better in clutch time.

After a painful loss to the Bucks in the 2021 NBA Finals, the Suns appear to be on a similar path to the 2013-14 Spurs, who exacted revenge by dominating the Heat to win the title. As entertaining as this NBA Playoff run could be, will it just delay the inevitable crowning of the Suns?

We’re about to find out.